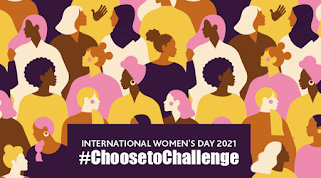 Based on the book on the socialist origins of International Women's Day written by Temma Taplan, the celebration started because some women workers in New York, USA had protested because of discrimination, injustice, and very low wages they received at that time. However, the action did not give any significant effect. 50 years later, on the same date, a similar demonstration took place involving 15,000 women workers from a fabric factory in New York voicing their opinions and rights. After that, March 8 was set as International Women's Day to commemorate the action and continue to fight for women's rights.

China, Nepal, Afghanistan, Cambodia, Vietnam, Russia, Uganda, and several other countries declare Women's Day as a public holiday and are even considered this day as important as Mother's Day. To celebrate it, the children will give gifts to their mothers and grandmothers as a sign of appreciation.

The theme for International Women's Day 2021 is #ChooseToChallenge to call on women to oppose injustice against women. It is to lift the fighting spirit of women today who never tire of going through the hardships of daily life. The objective of the women's day celebration is to give special recognition to women for their contribution to developing the country. It is also a sign of concern for the important role of women in the nation’s progress, family institutions, and the strengthening of society.

We cannot deny the fact that discrimination and injustice against women still occur to this day. Even during this Covid-19 pandemic, cases involving domestic violence are on the rise. Not only that, setting salaries based on gender and women cannot choose the same job as men also still exist. Surprisingly, a report by UNICEF and the United Nations Populations Fund (UNFPA) found that about 31 percent of single-mother households had lost their jobs since March last year, while 57 percent of households had no access to social protection.

Women have to work harder than men to fulfill every dream is the biggest challenge today. Therefore, with the celebration of Women's Day, this is an important date for the whole society to help each other and fight discrimination against gender.