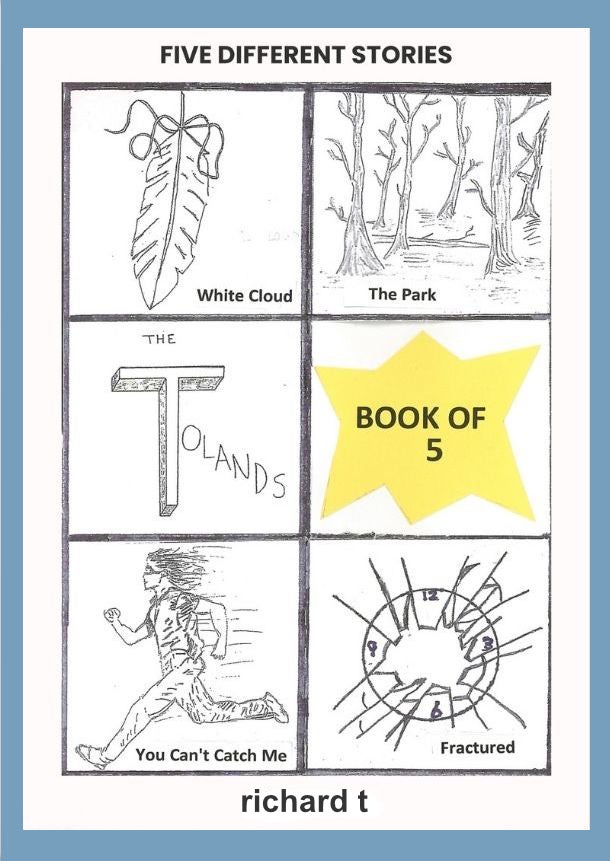 richard t is the author of Book of 5, having five different short stories. He accomplished his goal of writing a book that crossed over to several different categories, science fiction, crime, mystical, fantasy, and adventure.

He was born in Massachusetts and for seventy-eight years lived in New England. His favorite activity was skiing with his three sons and wife in northern New Hampshire. He soon gave up skiing after following his son through a shortcut through the woods where he hit several trees.   Realizing he better find safer activities, he returned to two former hobbies, collecting keys/locks and coins.

The author hoped he would be beneficial in inspiring a young reader to be interested enough to enjoy reading.

As a young person he did not have that encouragement.