This is Why you are Here.

Hey, so glad you stopped by. But why are you here? Just browsing? Seeking? Referred by a friend or social media network? You are here by divine appointment my friend. I assure you of that. Welcome. Read on.

My name is LeTicia Lee. I am an author and entrepreneur, and I speak to GOD. Actually, we speak to each other. That is why you are here. I am not an odd ball. There is nothing seemingly different about me. 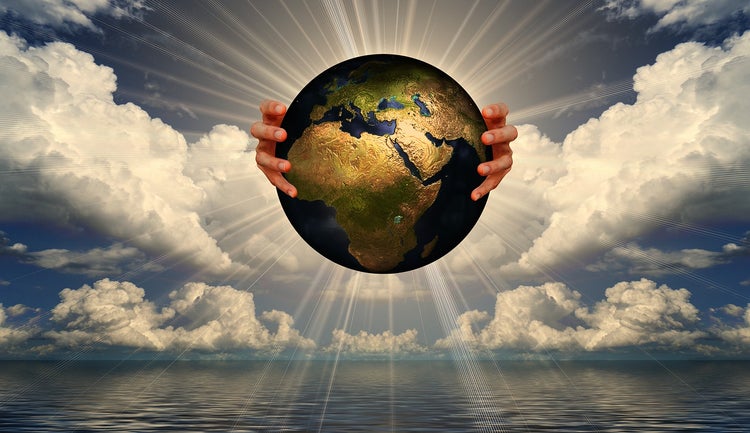 But I do have a story. But so do you. You just need time to allow it to unfold.

As I was saying, my name is LeTicia Lee. I am originally from a small town in Upstate New York. Brighton, New York to be exact. Though I was raised in Brighton, I actually "grew up" in New York City as that is where I moved after graduating from college. New York City has a way of making you really understand how life works.

It may sound cliché, but it's true. I'll say it anyway. If you can make it in New York City, you can make it just about anywhere. It's a city of grit, class, and dreams. But for me, it's an island that was too small to contain my purpose.

I had started off scouting locations for television and movie studios and eventually became a Production Manager and started Producing small projects of my own. Somewhere in between music video productions, commercials, photo shoots movies and television shows working on location, I started having very distinct dreams with angelic beings.

I eventually started having clear interactions with a kid who called himself, Moses. They were cut and paste messages. It always left me thinking. I became interested in spiritual studies. However, not having been raised with a religious upbringing, I really didn't know where to start.

So I read everything. I read the Baghava Gita, the Quaran, a Course in Miracles, and dabbled with the Bible. However, the Bible stuck with me. It had a way of speaking that was kind of esoteric.

I should say, it was there that I started really asking questions. It wasn't just a book. It was a mystery. 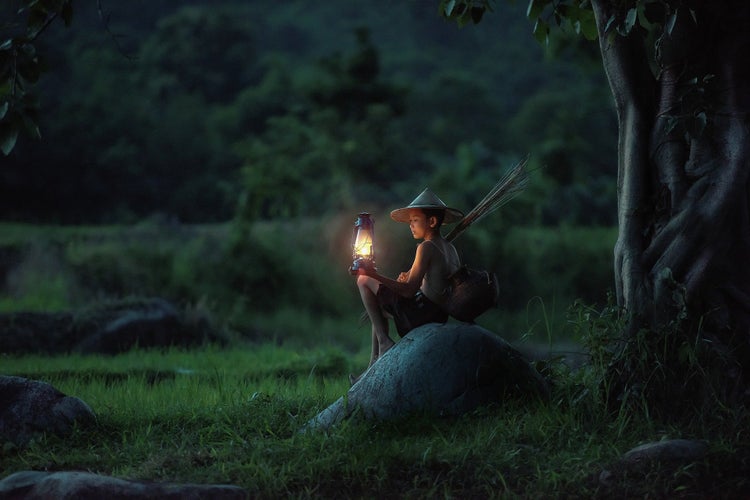 I am not the kind of person who just reads and accepts. I ask questions. I ask lots of questions. The answer either has to become clear and true or I just toss it aside. Truth is what I was seeking.

It wasn't until years later that I discovered that I was speaking to the Man called Moses. Some call him Moshe Rabbeinu (Moses our Teacher). He was my teacher for many years, and still is when he shows up.

It was the kind of studying that really required my time and attention. I left the film business and started actually using my Business and Marketing college degree.

I taught Business English to foreign executives of multi-national corporations. Most of my students were from Paris France and Sao Paolo in South America. But I met people from all over the world.

In the summer, I would fill in on occasion by teaching children of Ambassadors who came to the Manhattan with their parents while they convened at the United Nations. I was used to dealing with celebrities (who are like children), but these kids were way classier. They are truly celebs in their own right.

Many of them travel a lot so they are multi-lingual and offer a far more objective view about life. I learned a lot. Mostly, I learned how to learn again. Word to the wise; never stop learning. Maybe that's why you're here.

I taught Business English for two years to Executives. I learned a lot about international business and finance than anything they tell you on CNN, BBC News, or MSNBC. They don't interview these people... the people who do the real and raw product research and development but they should.

It's a long arduous process and these people had to pitch in another language... usually English. I was their teacher and student. We all learned together.

Just in case you're wondering, I summed up what I learned, and posted the class in a video called The Answer Key. It's a recorded class from one of my, high school guest speaking engagements. But I download the info those Execs shared with me. I also wrote two companion books, The Answer Key to Avoid Debt, Build Credit & Retire Rich and Your #1 Brand is YOU! as well.

I had figured out a way to teach anyone in any language during those two years. My class was highly requested.

Ironically, I just implemented basic child development communication skills. Everyone can communicate in the sandbox. Right? Most people just forget how.

I had crossed over from the world of entertainment to the global stage of corporate VPs and internationals. I was teaching five to six days a week with two three-hour back to back classes daily. And most of them wanted to have lunch with me.

At that point, I was qualified to be a University Business/Marketing Professor or a Certified Nanny. Most of my students did very well. I, however, got a big headache. I was tired

I was ready to get quiet and write about some of my own experiences. I was between lucid dreams and receiving angelic visitations. I should have been elated, but I was just exhausted.

In spite of all the hoopla and accolades I received from my graduates, I was nearly homeless. Actually, I was homeless.

I was used to making movie studio money and traveling and resting whenever I wanted or needed. Now I was learning how to survive from paycheck to paycheck. I went from living in a luxury loft in Brooklyn to a tiny room in Manhattan.

I was gently reminded of the difference between being an employee on someone else's clock and dime and an entrepreneur which meant setting my own schedule and fees. There is a difference. (Read Rich Dad, Poor Dad by Robert Kiyosaki)

It was getting too real for me. I eventually returned to my hometown to write and figure things out.

I needed answers. Who were these people and why were they contacting me?

I asked people who I thought had some "spirituality" where they attended church. For some reason, people kept telling me they attended a place called Faith Temple. I thought that's funny. They don't "seem" Jewish.

Turns out Faith Temple was a Christian Church located in my own neighborhood. Ironic, isn't it. I had passed it multiple times in my youth. I always assumed it was a synagogue. It was not. But I still didn't go.

Until one morning, I distinctly heard the Voice of God. You're probably wondering what it sounded like. I would. It sounded like the entire house was a boom box. But for some odd reason, no one jumped up but me. They didn't hear a thing. I DID!

The Voice said, "Get up and go to Faith Temple." It was one of those Voices you definitely don't ignore. 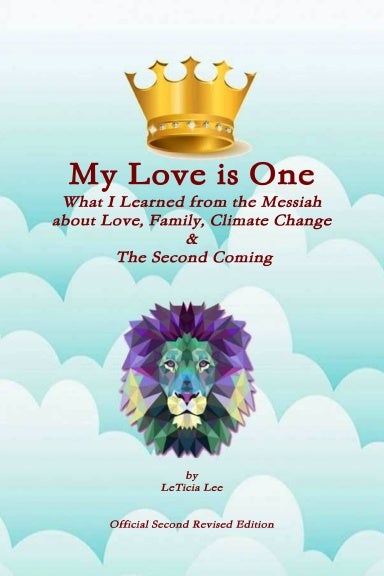 I complied. Immediately! I was so freaked out. I was shaking.

People were singing, praising, and overall just being really friendly. I was such a jaded New Yorker. But I still had questions. It took me a few years but I finally got around to opening the Bible again. I had attended church, but God's Words were still outside of me.

Once I opened the Book again. My questions resumed. But this time, I was getting answers. It was like learning a New Language. I thought it was a book for Christians. I was calling myself a Non-Denominational Christian at the time. I didn't understand all the groups and sub-groups nor did I want to categorize myself. I was just asking for the truth.

Then, something really odd happened. I started receiving visitations again. But this time, I discovered who they were. The two main visitors were Two Divine Messengers who comb the earth.

A lot of expedited changes such as global warming and coronavirus has to do with activities taking place "behind the scenes." I just didn't know it at the time. Actually, I didn't understand it at the time. All of this was a preparation.

We convened for approximately two years until I had to put pen to paper. It was much more than I could retain.

I really didn't expect to receive this information, and quite frankly I am still re-writing the Third Edition as I scrambled to write and revise the first edition so fast it had multiple typos. But when the COVID19 pandemic hit. I knew I had the information humanity needed to survive.

This next video includes important notes for those who truly want to learn and understand.

(That video above is what it's all about my friends. Read My Love is One for additional details.)

But I was having difficulty getting it to the truth to the masses. People were stealing the book directly from my distributors. I was distraught, but then I realized hey if they're going to steal holy material then those people seal their own fate.

However, by God's grace I did manage to complete a documentary based on the book entitled, My Love is One TELL THEM! Don't ask me how, I don't even know.

But the book and documentary together will reveal to you ancient secrets. Many have never been revealed before now. Now is the time to learn and prepare for the real Messianic era. This is why you are here! It's happening and you need to be ready.

Getting it past all the people who were trying to tell me I had to be a Rabbi or Bible Scholar to have the information I already had was another story. It still is. But that too is explained in the podcast.

Even though everything I said in the book and in the movie is verifiable, some would rather ignore it than to receive it from me! Can you believe it?

So I stopped writing in my blog at OneCrownz.Blogspot.com for now anyway. And I set up shop here, just for you.

So if you have come upon this page, lucky you. I will post the Third Edition. And I hope you can capture the magnitude of the message. It will change the course of history. I hope you will receive it, study it, and hopefully tell others as well.

The LORD bless you and keep you!

Author of My Love is One

btw, you will always do better when you choose LIFE when asked during this video or otherwise.

You may also like, How to Make a Living while Opting Out to Tune In!