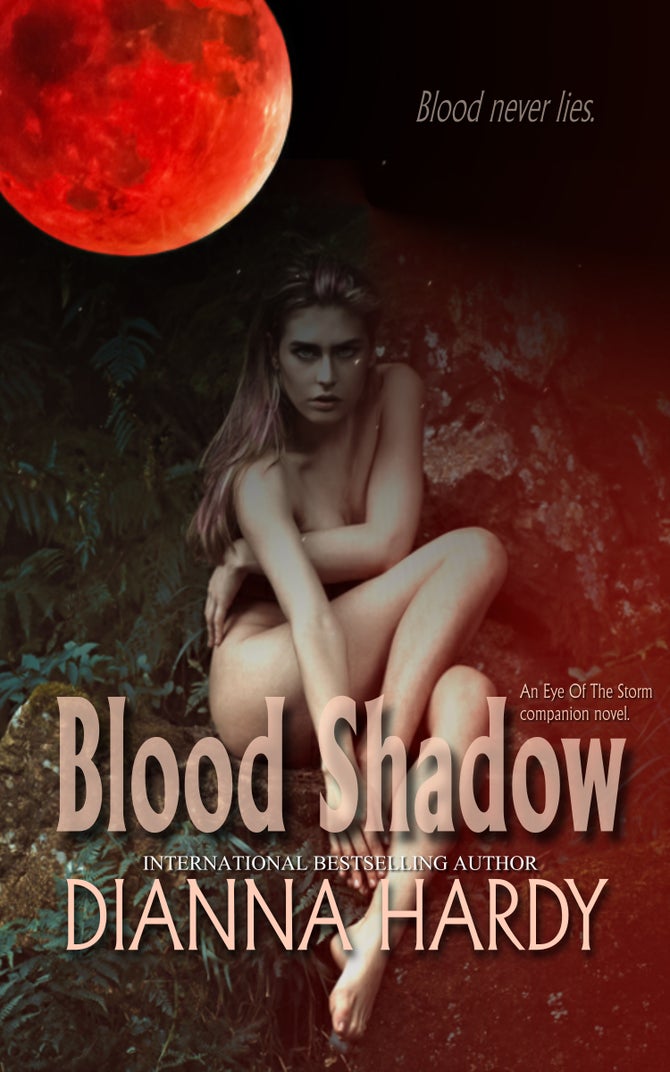 By Bitten Fruit Books
Blood Shadow is a companion novel to the Eye of the Storm series and also acts as a PREQUEL to a brand new series to come. You don't have to read Eye of the Storm to enjoy this novel (some background is given). However, we always recommend you do in order to gain full understanding of how the characters have arrived at this point.

Five years after her life changed forever, Jennifer Warren has put her past firmly behind her - at least, she's tried. A few sweaty nightmares here and there are a small price to pay for the freedom she won. No longer a werewolf, but human, she works as an office manager for a health and beauty spa in York, and keeps herself to herself. It's barely enough to pay the bills, but it's quiet and safe, and the clique of the staff means she's left well enough alone - no one asks her questions; no one wants to get to know her better.

David, her tender, kind boyfriend of two years is all she needs ... and she doesn't really need him, which suits her just fine. Never mind the occasional guilt that she doesn't really love him; he'd never hurt her in a million years - that's worth its weight in gold.

But Jennifer's just received another note - one of those that her mysterious, anonymous 'friend' likes to leave her every now and then; warnings of things to come, people not to trust... Her elusive friend has saved her more than once the past five years.

Only this note has left her breathless; her chest tight. A Supermoon is coming - the first in thirty years - and with it, a total lunar eclipse.

Jennifer's disowned her past, but it hasn't disowned her. As the earth shadows the full moon, her own shadows threaten to turn on her.

Can you ever escape what you truly are?

This is a dark urban fantasy novel of approx. 70,000 words containing scenes of a sexual nature and some violence, which may disturb some readers.