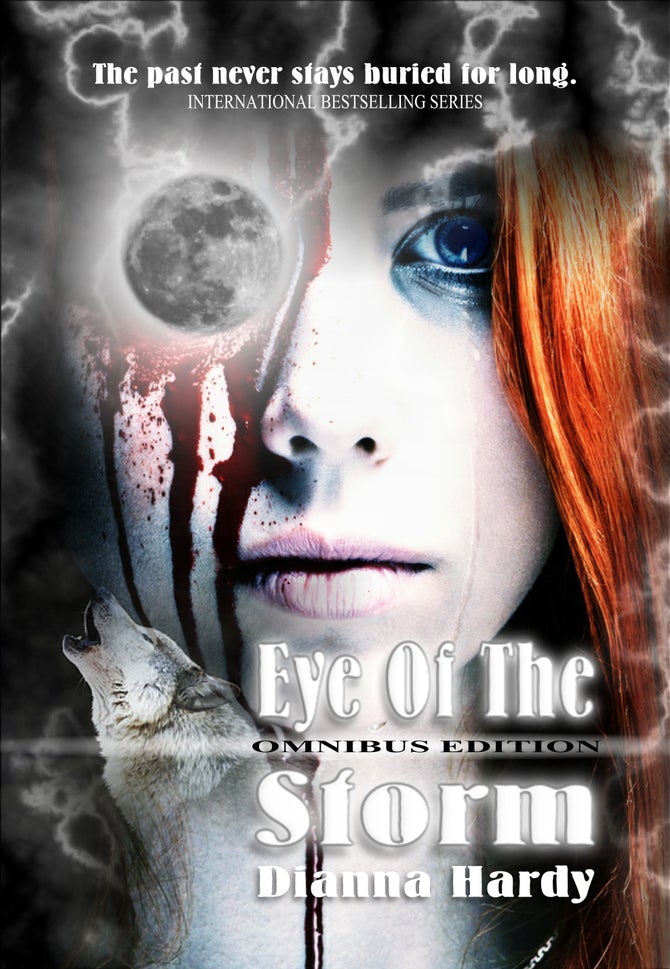 Eye of the Storm: Omnibus Edition

By Bitten Fruit Books
Comprising all six volumes in one huge edition:

Lydia, a twenty-five-year-old waitress, is battling with chest pains, and a sorrow which never healed when her mother committed suicide ten years ago. To top it all off, the highly erotic dreams she's had since she was fifteen, of a faceless but hot-as-sin, older guy called Ryan, is getting out of hand - way out of hand. He knows her better than she knows herself; he's her best friend, even though he's a figment of her imagination - she might even love him - which means she needs therapy, and therapy is just what she intends to get, even if she can't afford it.

Enter Taylor with his kind, but mournful forest-green eyes. There's an instant connection; he warms her core. But more than that, he's looking for a Ryan who was kidnapped ... which surely must be coincidence because her Ryan isn't real.

Then, there's Taylor's friend, Lawrence, with his icy arrogance, and emotional distance - the bastard sets Lydia's pulse racing as well as her ire; calls to a part of her she can't quite fathom.

Ryan's also calling from beyond her consciousness - she can't resist his plea for help...

The full moon is rising. So are her chest pains, and her perplexing state of arousal... Lydia's world is about to get a whole lot bigger.

Deadly family secrets, an unforgiving ancient mythology, and monsters - both human and created - striving for species dominance, ensure the next few weeks will bring one hell of a storm into their lives. When all hangs in the balance, what do you sacrifice for those you love, and the future you want?

NOTES: This is an adult paranormal fantasy novel (at approx. 450,000 words) containing scenes of explicit sexual content and some violence, entwined with romantic elements. Some scenes may disturb some readers. Written in British English.