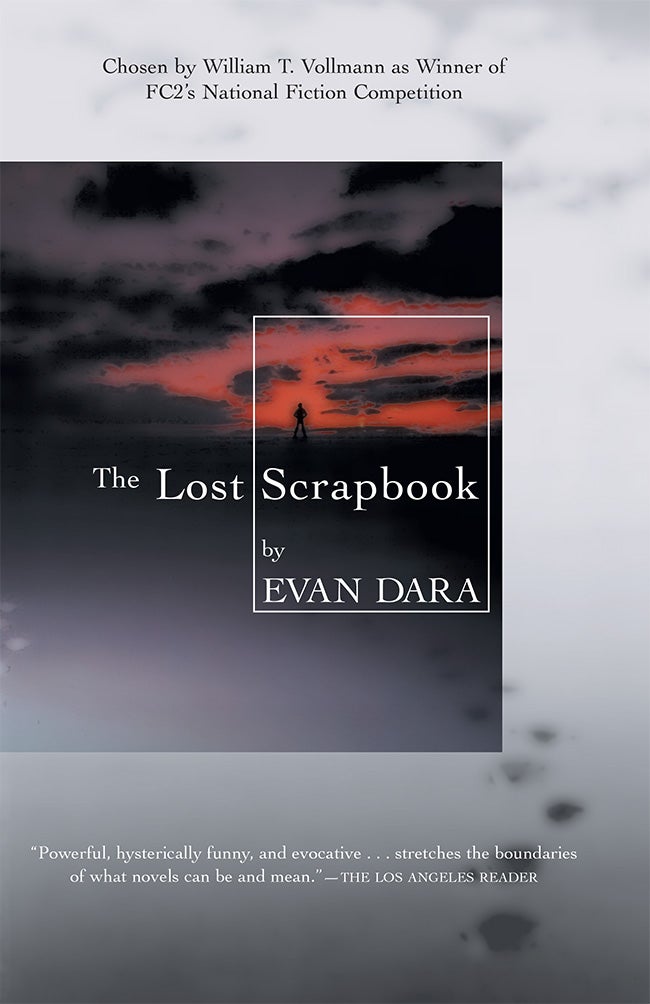 By Aurora148
The Lost Scrapbook is arguably the most highly praised, but least known, American debut of the last several decades. Originally published by a non-commercial house, the novel received exactly one review in the mainstream media. But that review called The Lost Scrapbook the most accomplished first novel since William Gaddis' The Recognitions, from 1955.

The Lost Scrapbook is a story of the shattering of community — and a vision of reconstitution.

Chosen by William T. Vollmann as winner of The National Fiction Competition.

“Monumental, cunning, heartfelt and unforgiving…Dara shows how a novel can be experimental, yet moral, rule-breaking but emotional, and post-humanist while remaining deeply human. A vast accomplishment.”
—Richard Powers

“Evan Dara’s magnificent novel [is crafted] as if James Joyce had widened the narrative ear of Ulysses…If this really is Mr. Dara’s first novel, then he is either a young phenom or a well-practiced, reclusive treasure.”
—Chelsea Review

“A radiant, innovative work filled with engaging characters…creating a complex world in which issues of personal liberty, private politics and public responsibility come into play.”
—Time Out New York

“Dazzling…encyclopedic…a poignant meditation on isolation and community… encompassing the voices of America in a spirit of Whitmanesque accumulation that is brilliantly innovative and compassionate.”
—Rain Taxi

“The most pure fiction I’ve ever read. I’m not kidding…The books behind the hot books exist, and if you give them chance enough, they scorch you. While fiction suffers elsewhere, Dara revolutionizes it.”
—Oculus

“A dazzling novel. Dara is just a boon companion, whose startling technical brilliance never overwhelms or even impedes the whitewater rush of this hilarious and original narrative. A mind-blowingly fun book.”
—Popula Culture

“Powerful, hysterically funny and evocative. Stretches the boundaries of what novels can be and mean.”
—The Los Angeles Reader

“Some have called this the best American novel of the 1990s…Anyone with even a passing interest in the contemporary novel needs to read this book, which is truly a lost classic. This is a great book that deserves a wider readership.”
—Known Unknowns

“Undoubtedly an exceptional literary work [and] a rare exercise of artistic freedom…I believe with all certainty that [The Lost Scrapbook] deserves to occupy a prominent place in the canon of the American novel.”
—Robert Saladrigas, La Vanguardia

“The prime candidate [for] the contemporary Moby-Dick, the book of great merit unsupported by media influence.”
—Stephen J. Burn

“The best book you may not have heard of.”
—The Dust Congress