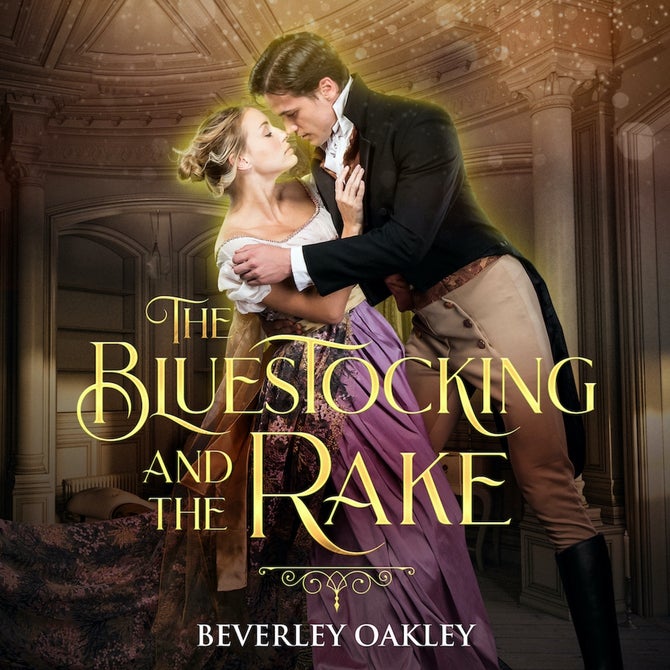 The Bluestocking and the Rake audio book

By Beverley Oakley Historical Romance
Becoming the greatest treasure in a bored aristocrat's collection may be Jemima's only hope of survival.

Alone and scared, bluestocking archeologist Jemima Percy becomes mistress to a man she does not love in order to protect herself from the ruthless hunter who killed her father during a bungled attempt to steal the ancient script that will deliver a king’s ransom.

As his mistress and the most valuable item in Lord Deveril’s jealously guarded collection, Jemima has secured safety, food and shelter but she’s determined to reacquire the priceless script that she and her father discovered.

Miles, Lord Ruthcot, did not expect to inherit his elder brother’s estate, his extensive collection of ancient artifacts - or his quest to save a nameless damsel in distress.

Having missed the rendezvous to rescue the mysterious woman, Miles drifts back into his louche ways, content to indulge himself and disappoint others.

That is, until he meets the exquisitely beautiful, sensual and witty Jemima, mistress of his late brother’s rival in the world of antiquities. Finally, he’s found something worth fighting for.

But Jemima, forced by survival to become one man’s mistress, will not willingly become another’s.

Not even if he stirs her blood and makes her dream of something other than the ancient script that will lead her to a fortune and secure her independence.

Can Jemima slip away from her possessive paramour to retrieve the valuable hieroglyphic script before it is discovered by another fortune hunter? Will Miles rise to the occasion and be the hero that deep down, he’s always wanted to be – the hero Jemima will need him to be, if she’s to evade an even greater danger? One that will threaten her very life?

The Bluestocking and the Rake, book 2 in the Hearts in Hiding series, is an angsty, emotional, Regency romance featuring a heroine who is stronger than she knows, and a rake who is far more heroic than he ever realized. Happily-ever-after guaranteed.