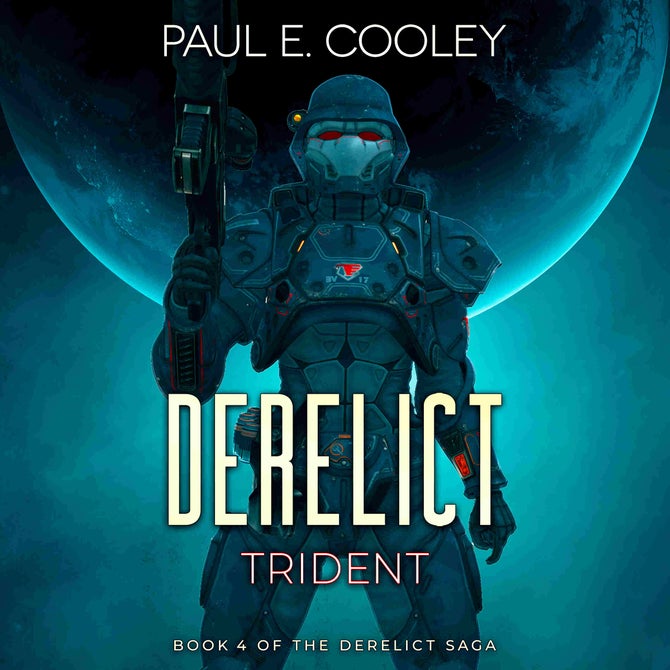 By Paul E Cooley
The Sol Federation Marine Corps vessel S&R Black was sent to recover an ancient derelict from the farthest edge of the Sol system. What they found could spell the end of humanity.

Days after escaping the derelict ship Mira and Pluto’s destruction, Black Company is pulled from stasis hours from Trident Station only to discover the solar system has gone silent.

Nearly empty on both ammunition and fuel reserves, taking refuge at the silent, apparently dead station is their only choice.
When they arrive, they find they are far from alone, and humanity's future lies in their hands.

Derelict: Trident, the suspenseful, action packed fourth and final installment of The Derelict Saga, reveals the AI conspiracy, the true threat the exo-solar creatures pose to humanity, and the emergence of true non-carbon sentient intelligence.

Mac Users:
Download the file, add them to iTunes, and the audiobook should appear in your library.

Android users:
Android doesn't natively support the m4b format. However, you should be able to use one of the following apps:
If you still have issues, please let me know and I'll provide an mp3 link (lower quality)