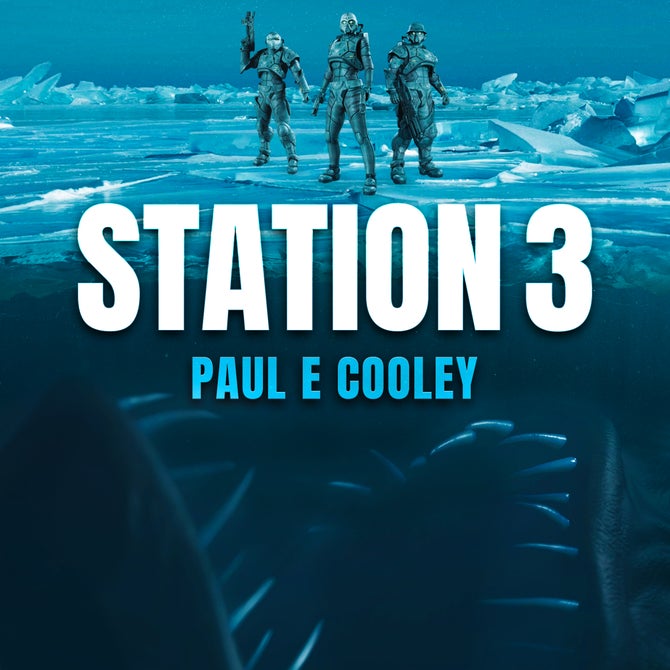 When Shin-Sho has a problem, EETs are the answer.


Zilfaquir is having a bad day. Shin-Sho Corporation dispatched his Emergency Engineering Team (EET) to the remote ice planet Xiao 2 to investigate a communications blackout. The Xiao 2 facility, composed of three subsurface ocean stations, awaits his team below hundreds of meters of ice and kilometers underwater.

Upon arrival, he discovers the Xiao 2 facility has experienced an epidemic leaving most of the station’s personnel either dead or dying. Or transforming. Worse, the stations are in danger of imploding due to sabotage.

Armed with formidable mechanical suits, arrays of tools, weapons, and explosives, an EET is a force to be reckoned with. Whether a mission requires construction, destruction, hostage rescues, or repairing nuclear reactors, EETs always succeed. But what Zilf and his team find below the ice is more than any EET can handle.

From Paul E Cooley, Parsec Award Winning author The Black and The Derelict Saga, Station 3 is a sci-fi/survival/horror thriller in the spirit of the Dead Space™ and Alien™ franchises.

Some mysteries shouldn’t be solved.

Mac Users:
Download the file, add them to iTunes, and the audiobook should appear in your library.

Android users:
Android doesn't natively support the m4b format. However, you should be able to use one of the following apps:
If you still have issues, please let me know and I'll provide an mp3 link (lower quality)