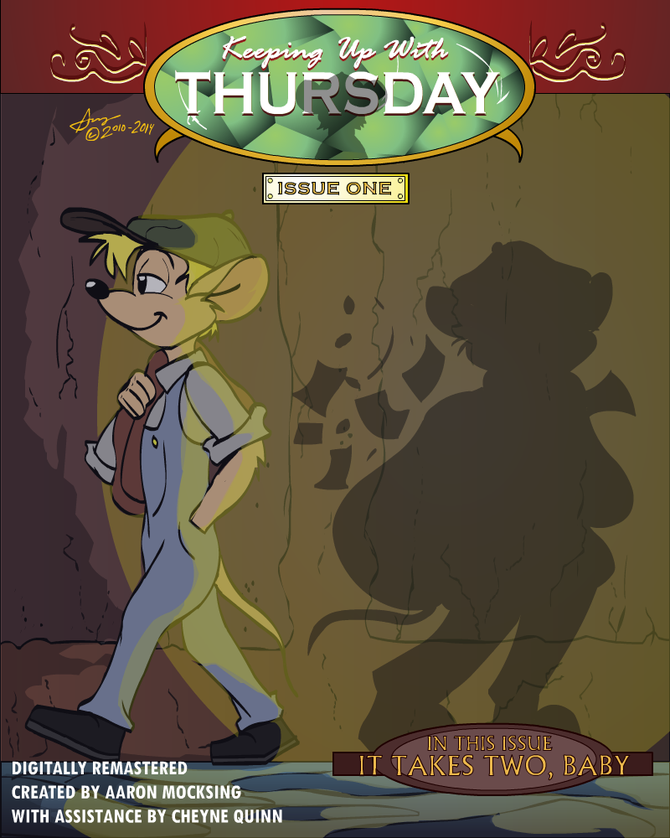 Keeping Up With Thursday - Issue 1 Redux

The first issue of the webcomic 'Keeping Up with Thursday'! What began in 2010 became quite a popular series over time, spanning eleven issues as of this writing and plenty more to come. What you're seeing here is the original comic drawn by it's author Aaron Mocksing but with assistance done in 2013 by Cheyne Quinn, who helped in cleaning up a lot of the coloring and background on the original pages for clarity and continuity purposes (hence the 'Redux' part of the title). As time has gone on and a lot of the equipment used improved greatly in those four years.

Join Patrick and Vinnie, our two main characters as they try to outwit a nefarious cat who's caught them stealing a darling locket! Patrick is otherwise known as the infamous "Thursday" thief-- who doesn't steal from his own kind, but from humans all over London! With him is his partner Vinnie, from America, who while often tagging along with him certainly doesn't quite appreciate taking in some of his abuse from him-- or the job itself. Can they make it out alive in this first issue of KUWT--- a tribute and homage to the cartoons we used to remember! Of course, with a twist!