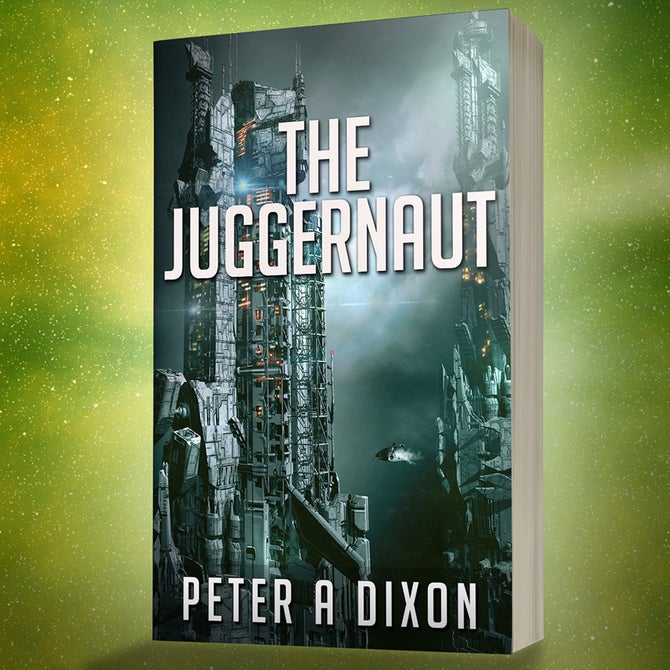 By Peter A Dixon
A city in space built from the twisted wreck of a thousand ships, in a decaying orbit around a dying star.

The last refuge of the dispossessed.

When a distant colony of stars lost contact with earth, they descended into the fires of a civil war. From the ashes rose the Commonwealth - Eleven systems struggling to survive the aftermath and rebuild civilisation with the remnants of the technology they once had.

The mission to colonise Baru was to be the first step forward in a hundred years. Three colony ships set out to discover a new star and build the first hyperspace beacon in three generations.

But the mission failed.

The Far Horizon vanished through the unstable wormhole. The Rising Star and New Dawn were destroyed.

Tila's parents were among the thousands lost. Now she has joined the ranks of the dispossessed.

So when Tila finds the impossible - a shuttle from the Far Horizon buried deep within the Juggernaut - she sets out with her friends Ellie and Malachi to uncover the truth behind the colony mission.

But some things are buried for a reason, and some secrets should never be revealed…