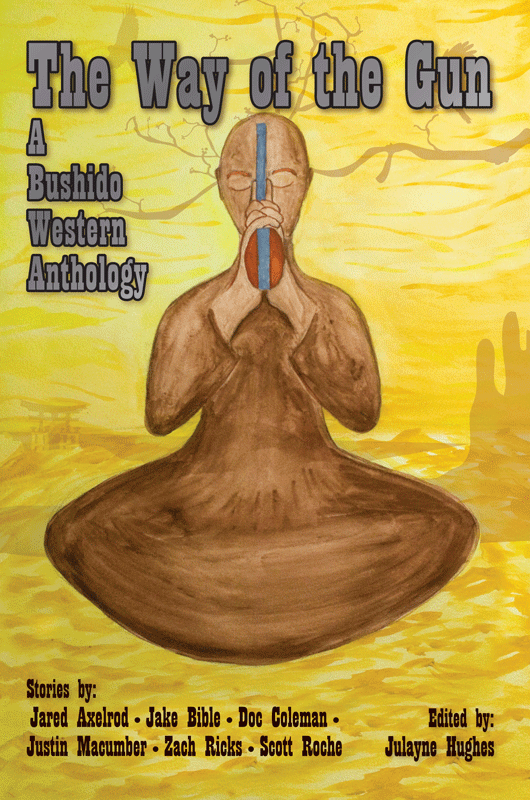 Way of the Gun - A Bushido Western Anthology

The frontier has always attracted men and women with a warrior’s adventurous spirit. Steel and resolve were used to tame the wild lands and make them habitable for the people that came after. In the Way of the Gun universe, these frontiersmen bring justice with an honor code reminiscent of the samurai... Bushido. The sword and the six-shooter are their tools, but without honor, respect, and duty those tools can and will be misused.

These six stories showcase the men and women who follow the Way of the Gun. Martials fall and stand back up to protect the weak and bring the wicked to justice. Rangers not only teach their students the Way but also step into the dueling circle against impossible odds. Followers of the Clockworker set aside the ways of peace to defend innocent townspeople. Brave people from all walks face monsters from their worst nightmares and confront evil men who have money and unimaginable power. The Way can redeem those who have fallen and strengthen those who need it. All they have to do is survive.