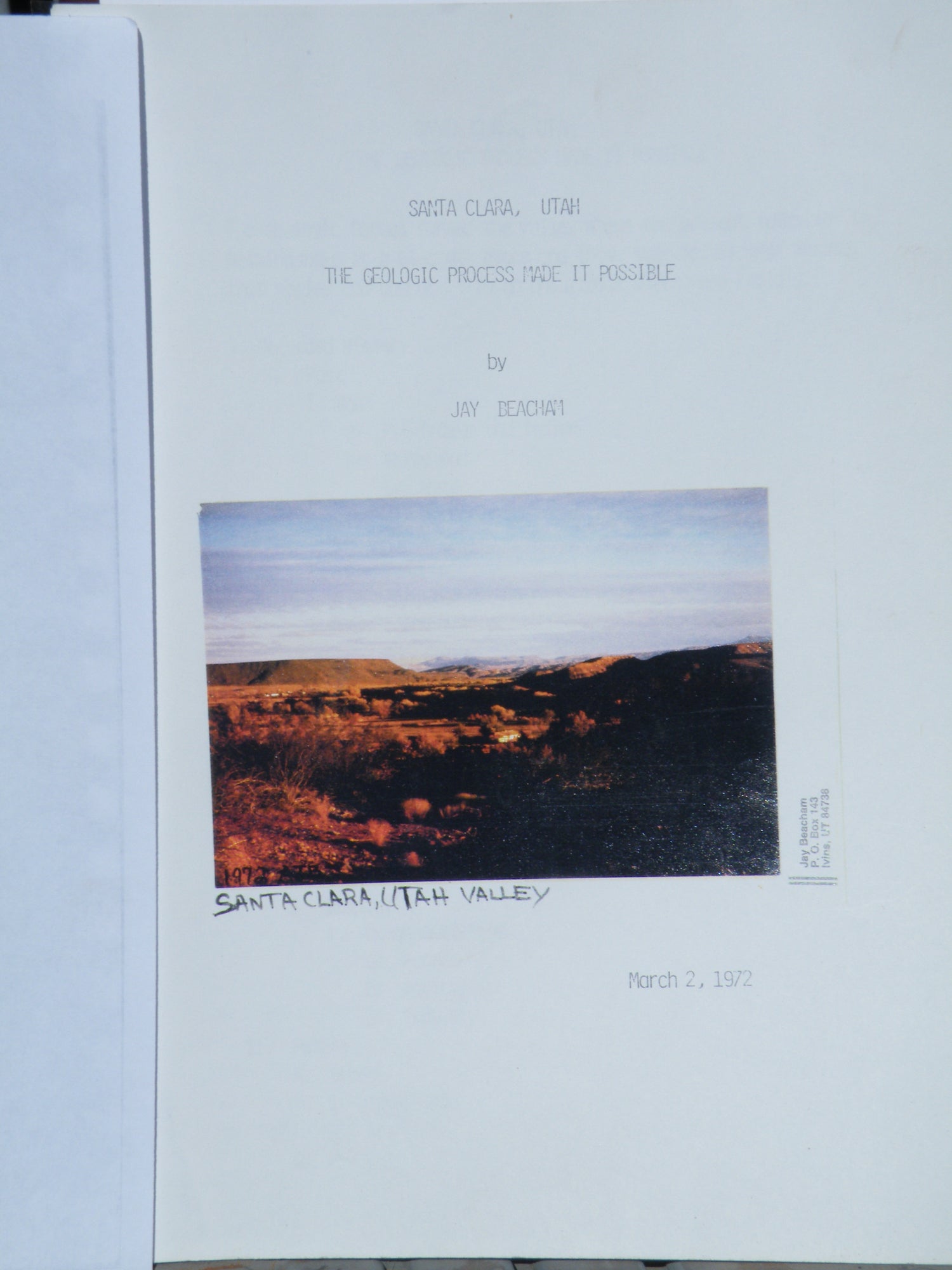 Santa Clara, Utah, The Geologic Process Made It Possible

On Sale
$35.00
$35.00
Added to cart
Preview
Where should I build my house?
Before you build you should consider the geology of  the building place.
This book gives examples from a small western town.
One man paid $150.00 for this book's knowledge.
At $35.00, it's a bargain.
thanks for coming to read.
Santa Clara, Utah
The Geologic forces that formed the valley where the present townsite is (1972),
helping to make it a pleasant place and those same forces that formed the valley,
can change it to an unsuitable place very rapidly.
This is a paper written in 1972 about the valley part of present day Santa Clara,
Utah.  The first settlers arrived in 1854  and built a fort and dwelling dugouts
along the hillside near the fort.  The rains of 1861-62 washed those away.
The residents moved down around the next bend in the river to build a town site.
The river was on the south side of the valley leaving room for a town away from
it's at times violent waters.
Over the years, those who built near the river experienced the river's occassional
violence.  In 2005, a massive flood tore away much land and many houses along
the Santa Clara River.  The town had expanded to the hills on the north of the
valley.  It was built on sand covered gravel, underlayed with clays. This proved to
also be a hazard, as several of the houses on the edges of the hill cracked and
had to be demolished.
The book outlines how the valley and hills were formed, stating that the geologic
process that formed them, could change them rapidly and in the 166 years of the
town's history, those processes have been at work. 40 pages
Three poems about that process and the history of the town site are in a supple-
ment 9 pages long.   In video and photo more of those geologic process changes
will be publised in later works.
The Author
read more: supplement 1 https://payhip.com/b/owOg
You will get a PDF (19MB) file