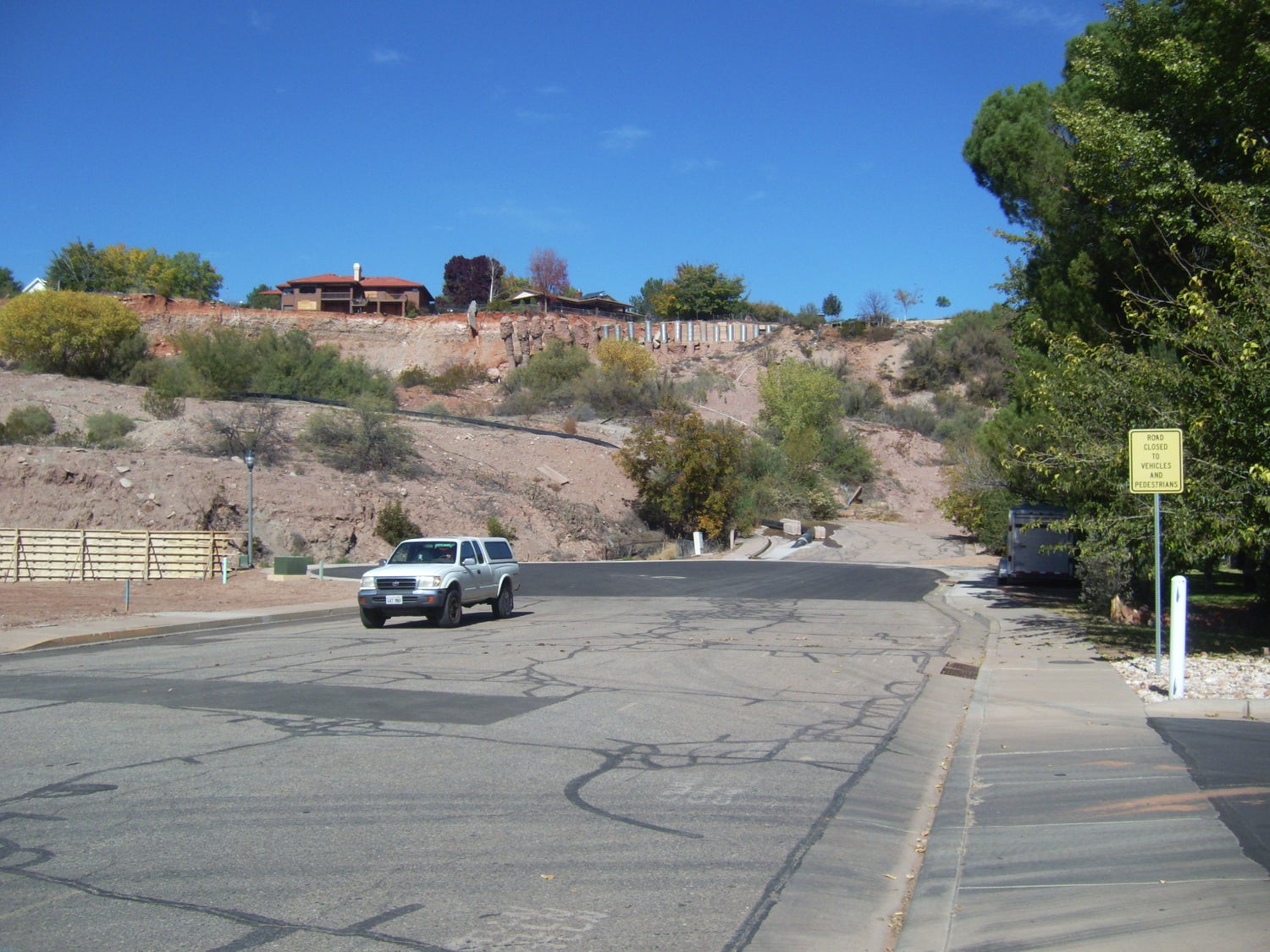 On Sale
$5.00
$5.00
Added to cart
Supplement 1 of Santa Clara, Utah-The Geologic Process Made It Possible
Where should I build my house?
Geology matters.
Water causes slow and sudden changes to the landscape of earth's surface, showing
that man doesn't control mother nature.
Three poems are included that outline some sudden changes and gradual changes
that have transformed the valley and hills of Santa Clara, Utah from the late 1960s
until eartly 2020.
So before you build where there is a good view, consider the geology of the area.
Or you may spend your life savings on a house that will fall down, be washed away,
or otherwise be destroyed because you built in the wrong place.
The town had expanded to the hills on the north of the
valley.  It was built on sand covered gravel, underlayed with clays. This proved to
also be a hazard, as several of the houses on the edges of the hill cracked and
had to be demolished.  The two middle houses in the cover photo were demolished.
Some examples of building in the wrong area are given in this work as well as building
that was done in the right place.