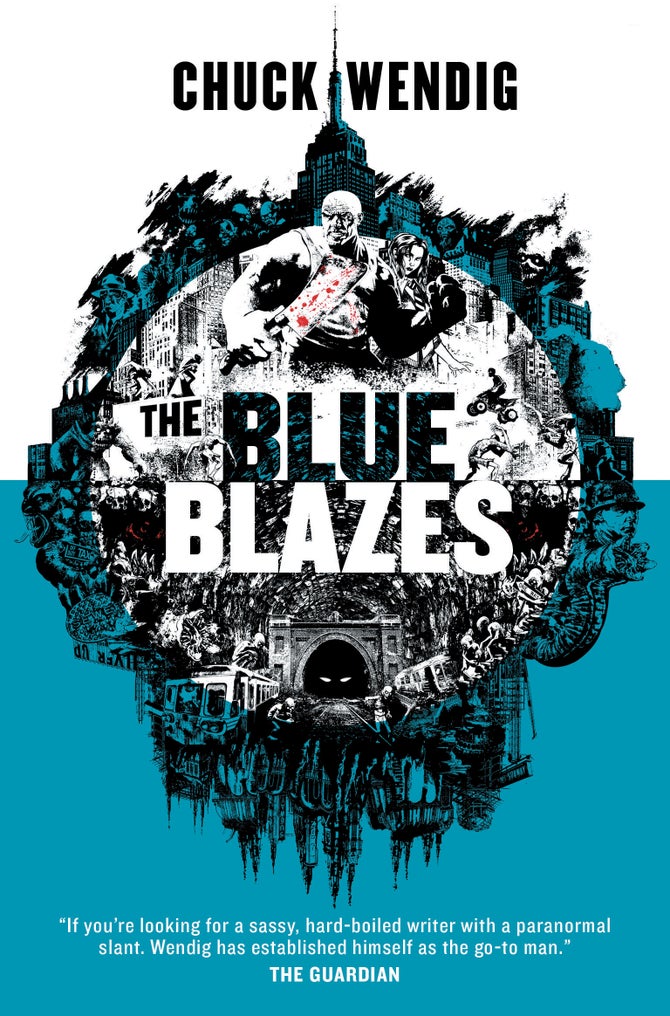 Mookie is a slab of meat, a butcher, an ass-kicker -- a knee-breaking, head-clubbing, meat-eating thug who stands alone at the intersection between the criminal underworld and the very real, very hellish underworld that exists beneath the streets of Manhattan. He's been keeping that line for years.

When his own daughter Nora rises against him, fighting against the crime syndicate Mookie works for in order to carve out her own piece in the shared territory between the two underworlds, Mookie has to watch himself from all sides as his world threatens to collapse upon him. All he has is his wits, his few friends, and the mystical drug known as the Blue Blazes to help protect him against foes both mortal and monstrous.