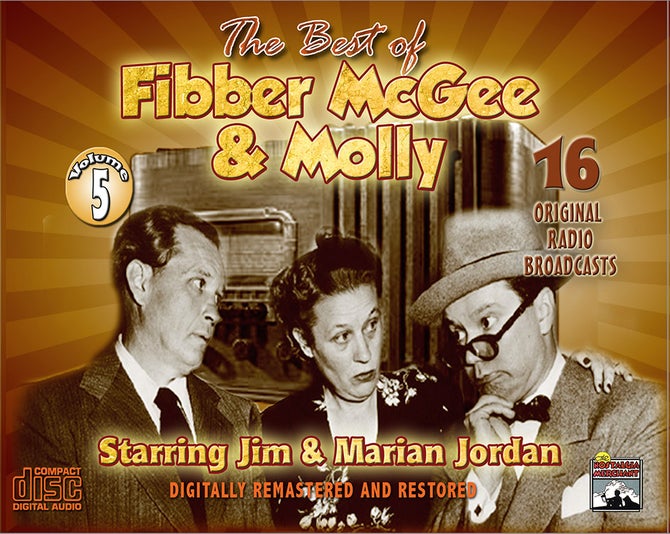 By Nostalgia Merchant - Radio Classics
One of radio’s longest running comedy shows and one of radio’s top-rated series, Fibber McGee and Molly introduced the characters of The Great Gildersleeve and Beulah who were soon spun off into their own long-running series. Starring: Jim and Marian Jordan 16 half-hour shows with original commercials.
The husband-and-wife team of Jim and Marian Jordan began their radio career in 1925 in Peoria. “Our first show was called The Jordans, Jim and Marian over WIBO” recalled Jim a half century later. “On that show we didn’t speak a word; it was all just songs and piano. We didn’t talk on the radio until 1927” The Jordan’s went commercial as The O’Henry Twins (sponsored by the candy company) and moved to Chicago to star in WENR’s The Air Scouts, Grab Bag, Luke and Mirandy and the early soap opera The Smith Family.