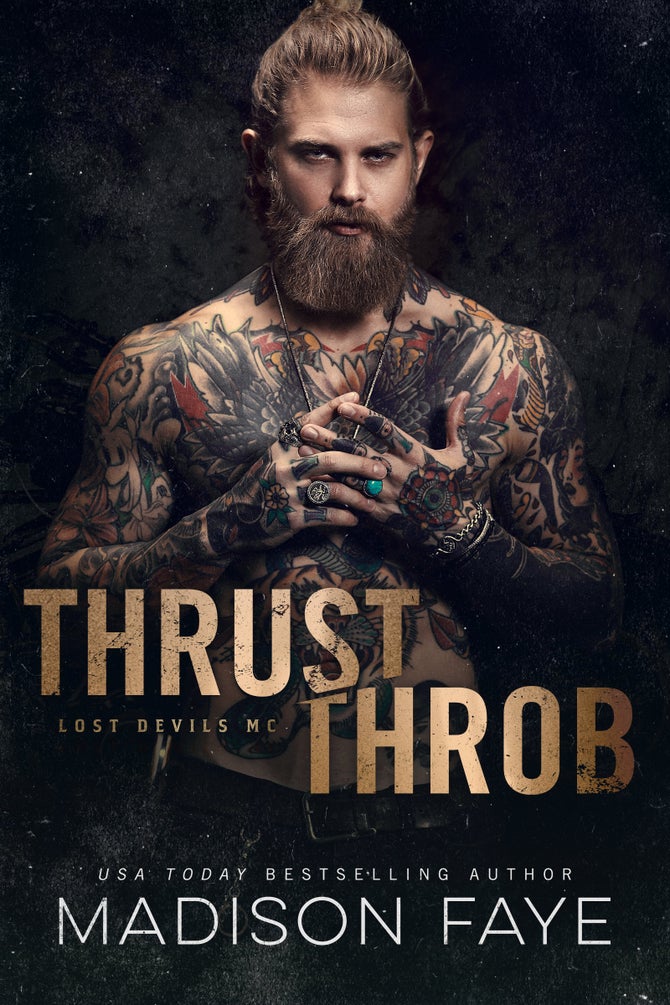 Three rules: be ready to fight, keep your nose out of other people’s shit, and never stop moving. I’ve lived my entire life at 180 miles an hour, with no brakes.

Until the day she comes crashing into my life—beautiful and broken, like a perfect storm. I never should have touched her. She never should have moaned for more. Because Delphine’s more off-limits than I ever could have dreamed.

See, I’m in deep with a small-town thug. But it turns out, it’s not our debt I want to settle. It’s his woman I want to take.

Except Delphine’s never really been his—not when she was sold to the prick to settle her scumbag father’s debt. But now, the prick who mistakenly calls her “his” wants to marry her up and cement his claim to the underworld throne.

Stealing her could destroy us both and bring a hell down on my brothers and my club. But loving her is going to make me break every single rule I have.

They call me a Lost Devil. But this devil just found salvation, and I’ll storm hell itself to make her mine.

This is a standalone story. The books in the Lost Devils MC series can be read in any order.