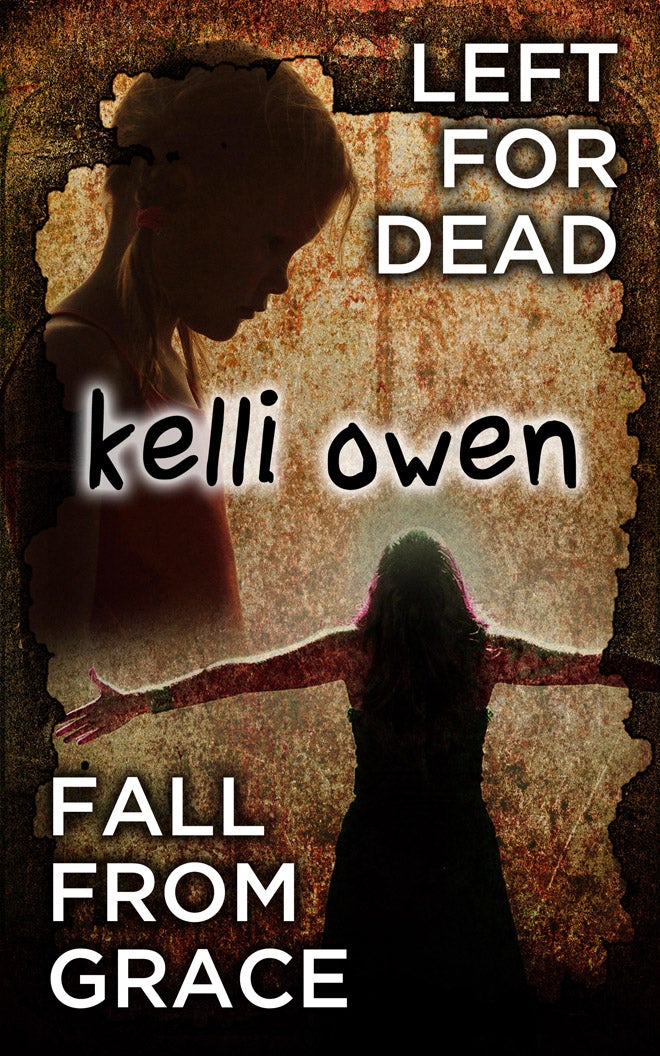 By Kelli Owen
LEFT FOR DEAD

When Susan’s 8-year-old daughter is brutally attacked, she becomes consumed by her need for revenge—but mere punishment is not enough. Susan learns that sometimes those being given the lessons are not those doing the learning.

Grace has spent seven years adjusting to the tragedies of her youth. She has become a smart, sexy, complex teenager—who is nothing short of dangerous, as she teeters on the edge of the abyss and smiles at the monsters inside.

“Left for Dead is a hard-bitten tale of a mother seeking revenge for her daughter’s abuse. In an uncompromising, terse narrative, Owen characterizes well the maternal rage of a mother striking back at the man who destroyed her daughter’s innocence.”   ~ Shroud Magazine