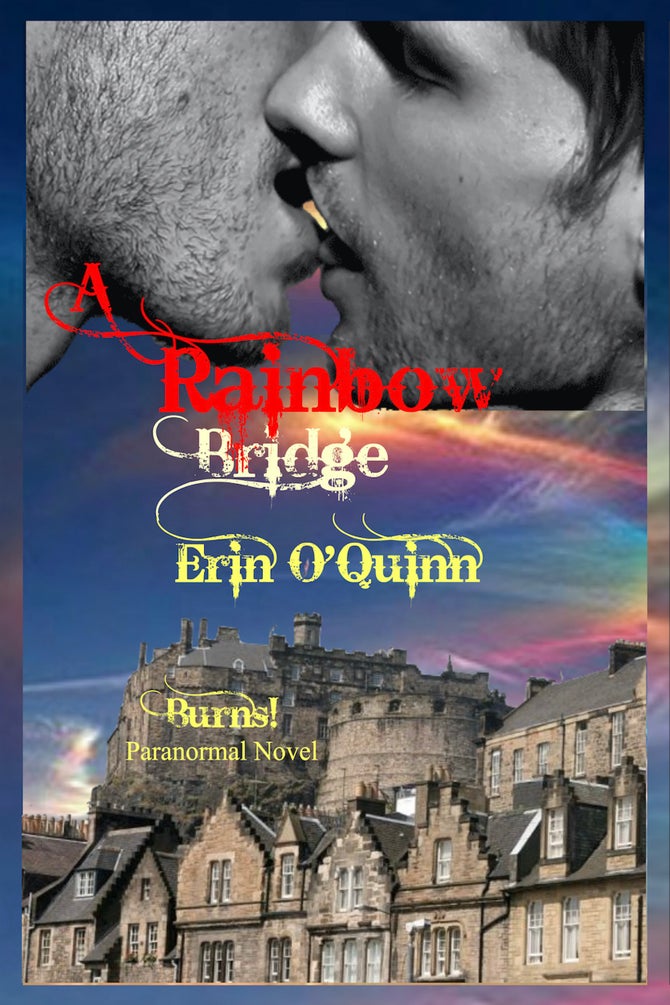 Step back for a moment to September 30, 1788. At eight o'clock on the following morning, a man is to be hanged for the crime of burglary. The culprit, well known in the annals of Edinburgh history, is Deacon William Brodie. He's so well known that there are at least two popular tourist spots on Edinburgh's Royal Mile dedicated to his memory. He was also the model for Stevenson's immortal "Dr. Jekyll and Mr. Hyde.”

History says he died on the gallows on October 1, 1788. But what is the real story? And how do two contemporary men fit into this re-telling of history?

The reticent undercover detective Thomas Fitzgerald is already deeply in love…with a man who has just met him in an “alternate reality.” Tight-lipped and uptight as he is, a confession is out of the question. And Burns, not quite the same man he fell in love with, is afraid that his caped hero may misunderstand his own “insta-love.”

How can two stubborn men find that elusive bridge that spans then and now and tomorrow? This is where quantum entanglement, a kind of time-travel, enters the story—the bridge that connects past, present and future.

Follow two 21st-century lovers across a Rainbow Bridge spanning more than two centuries as they struggle to reconcile not just the convenient lies of history, but also the truth about their own conflicted relationship.

This full-length novel is the culmination of six previous Burns! Mysteries but can be read as a stand-alone.