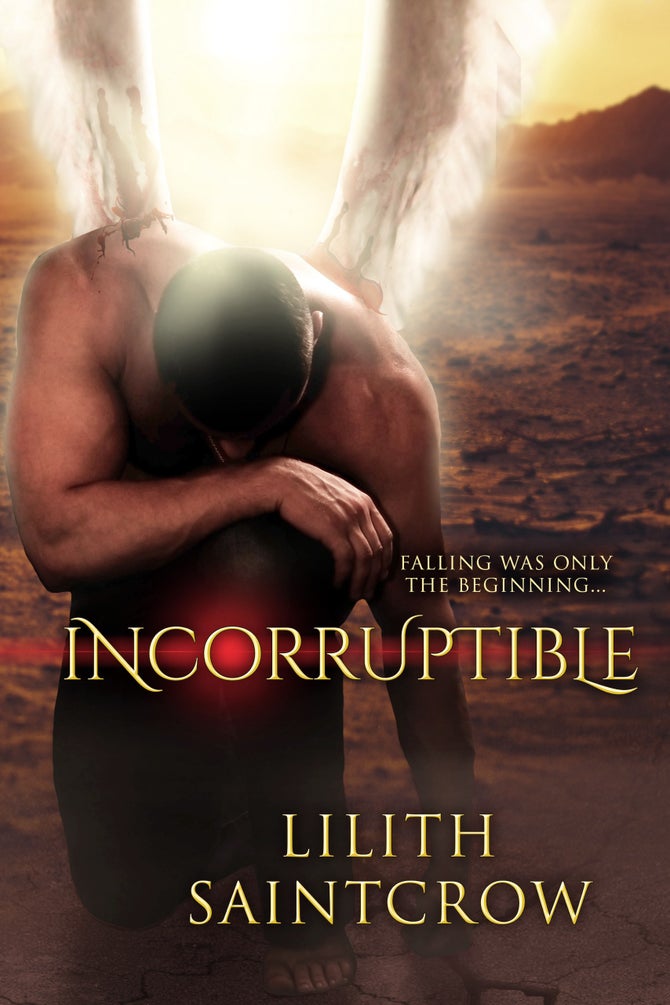 By Lilith Saintcrow
Falling was only the beginning...

Jenna Delacroix is determined to keep her life as simple as possible. Maybe if she tries hard enough to be normal the nightmares and strange occurrences plaguing her all her life will finally recede. But then the monsters arrive—and with them, the man who says he's her protector.

Lonely and disciplined, Michael Gabon is just a grunt in the Legion's endless war, but now he's stumbled across something special—a living, breathing Incorruptible, the first one he's seen in more decades than he can count. She's also being hunted. And now, so is he.

On the run without backup, the diaboli haunting their trail, their only hope is working together. Even that might not be enough, because the unclean seem to know more than they should. Whether it's treachery or bad luck doesn't matter to Michael. The only thing he cares about is seeing his Incorruptible safe...

…no matter who--or what--he has to kill.