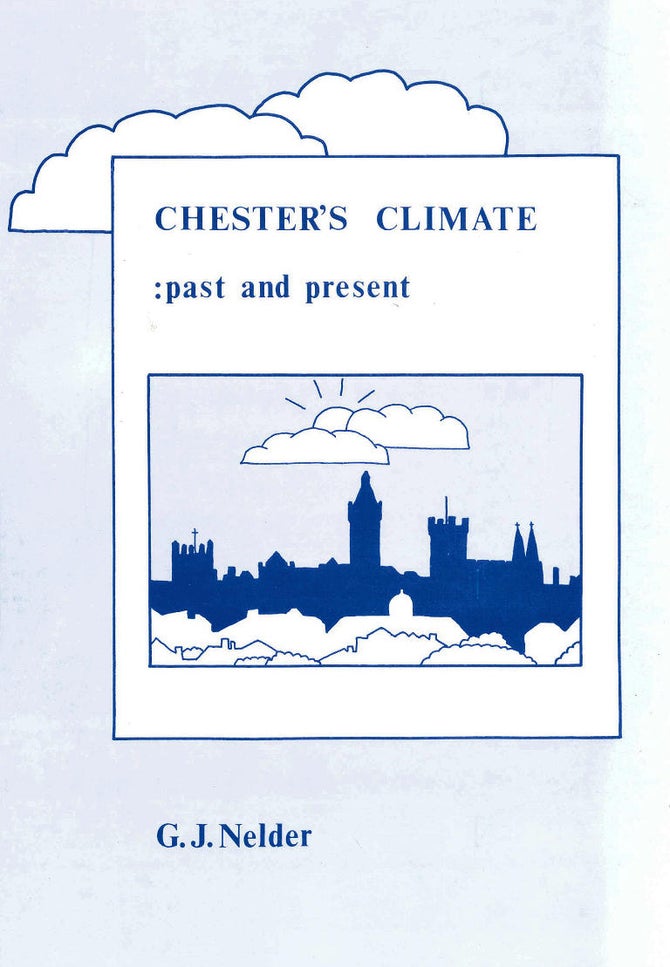 The same Geoff Nelder who has over 80 stories and 6 novels published along with many articles on cycling but also weather – an interest permeating many of his stories.

This 40-page booklet was inspired by extremes of temperature and rain in the 1980s and was first published in 1985 and sold out in the same year. This edition is substantially the same but with a couple of pages at the end updating temperature and air pollution trends.

In this book are answers to:

Did the mid 20th Century have the best summers?

Are we due for the storm of centuries?

How often has the River Dee frozen over?

How is the Chester climate suitable for farming?

Did you know that local weather in Chester:

Uprooted trees in the city centre?

Made the city walls fall down?
Made a church kill a child?

Made a man eat his wife then is eaten himself?

Had tornadoes and hurricanes?

Has its own cloud formations?