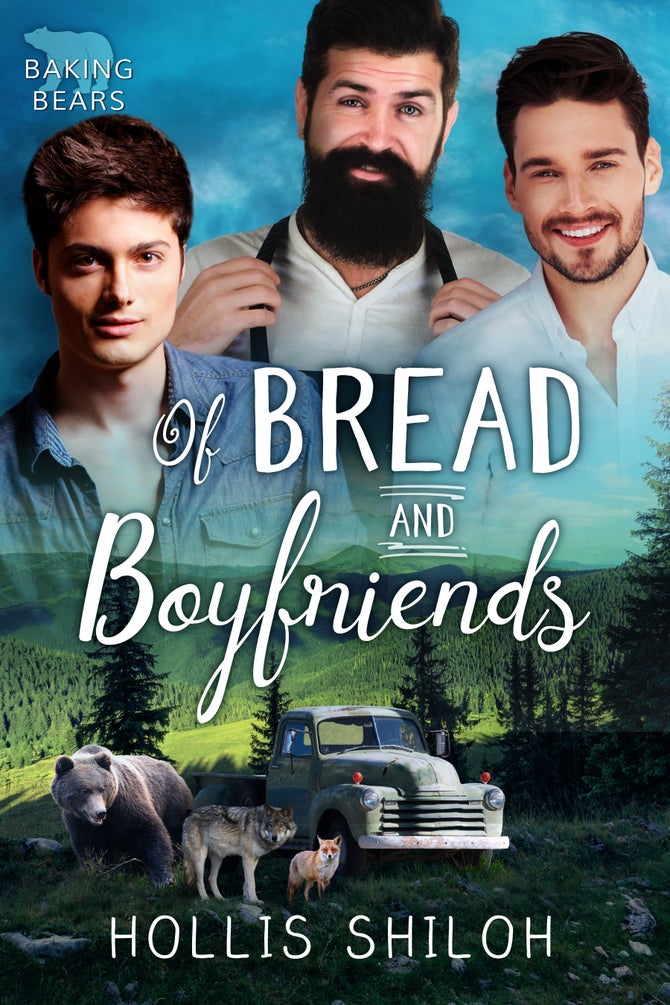 Of Bread and Boyfriends

By Spare Words Press
Of Bread and Boyfriends
by Hollis Shiloh

Jacob is a wolf shifter and a country boy, the alpha of a hardscrabble pack barely making ends meet.  He loves his home and family dearly, but times are tough.  It's a lot of responsibility to carry.

The newcomer to town, a handsome, shy bear shifter, has caught his attention in a big way.  Jacob has no problem with being gay.  He just wishes he could get Henry to talk to him for more than a couple of seconds at a time.  And maybe marry him tomorrow.  Henry's annoyingly hot friend keeps getting in the way, though...

Henry is a sweet, gentle baker who has problems of his own.  He isn't sure he'll ever be ready to commit to a mate, but he's definitely drawn to Jacob.  He daydreams about him, bakes for him, looks forward to his every visit...but wolves don't do casual, and Henry can barely make plans past next week, much less for his whole future.

Fox shifter Atticus, Henry's dearest friend, has complicated feelings of his own.  He loves Henry devotedly, even if his feelings will never be returned.  This new, prickling tension between him and the wolf shifter is no fun.  Does he have to keep feeling things for guys who will never be interested?  Besides, he plans to stay single for life.

Can Jacob, Henry, and Atticus each figure out what they want out of life—and what, if anything, they'll be to each other?