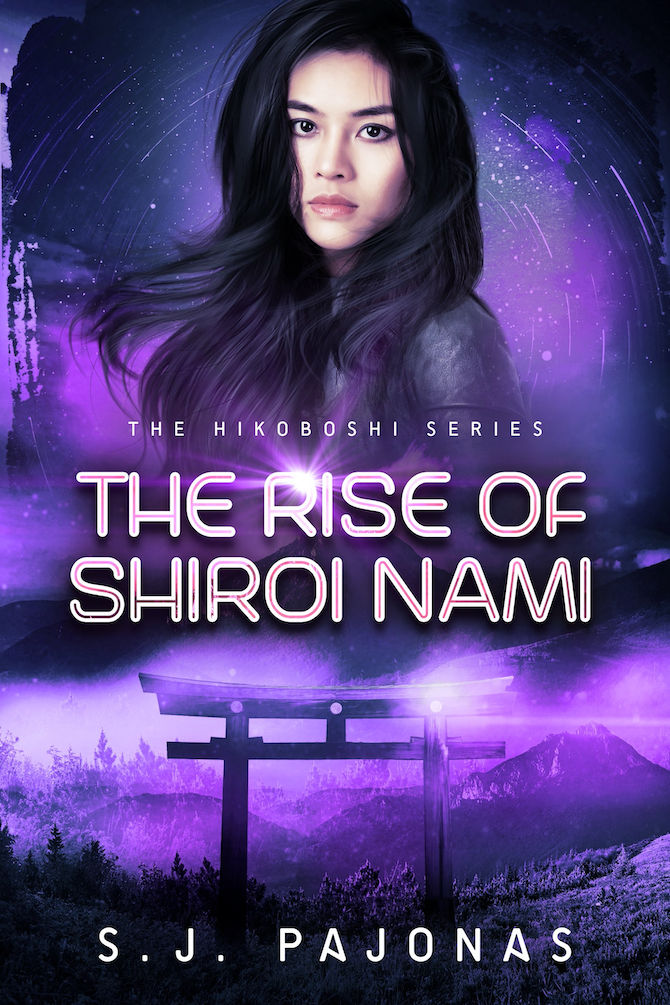 The Rise of Shiroi Nami by S. J. Pajonas

By Onigiri Press
Ruthless corporate tyranny. A traitor out to destroy her. Can she defeat a mighty foe to save a desperate universe?

Yumi Minamoto will never stop fighting for freedom. Far from her homeworld, the crusader’s hope for victory solidifies when she discovers a way to reprogram the oppressive android army. But Yumi and Rin’s plan to infiltrate the enemy’s facility goes up in smoke when their hidden base is suddenly attacked.

Suffering serious injuries, Yumi’s only option to carry out the dangerous mission could be an unpredictable medical procedure. But she risks losing everything when an old adversary and his rabid genetically engineered creatures put everyone’s lives at stake.

Can Yumi stand her ground without sacrificing all she loves?

The Rise of Shiroi Nami is the gripping fourth book in The Hikoboshi Series space opera romance series. If you like heroic characters, high-tech conflict, and unexpected twists and turns, then you’ll thrill to S. J. Pajonas’ intense science fiction saga.

Note: THIS SERIES MUST BE READ IN ORDER. It is a true series and plot elements carry through every book, from beginning to end. You will miss too much by reading this series out of order or skipping around. This series contains a slow-burn romance, profanity, and sexual situations.

ALL SALES ARE FINAL. No returns or exchanges on digital content.