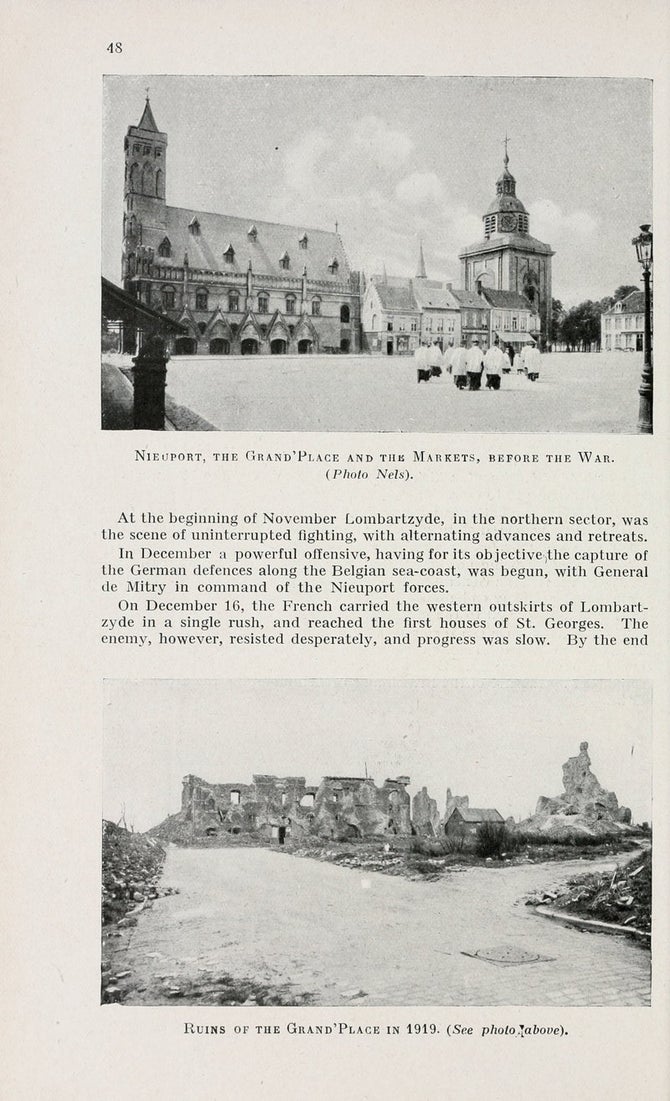 The Yser and the Belgian Coast - Michelin Battlefield Guide

In September 1914, after the Battle of the Marne and the German retreat, the centre and right of the French Armies quickly became fixed in front of the lines which the enemy had prepared in the rear, and were then fortifying. While the Allies' right, abutting on the Swiss frontier, was protected against any turning movement on the part of the enemy, their left (the 6th Army) was exposed.

The French 6th Army (General Maunoury) held the right bank of the Oise, north of Compiègne (See map p. 3). The Germans attacked it in force and attempted their favourite turning movement.

General Joffre parried the manœuvre, and while strengthening the 6th Army, formed a mobile corps on his left wing, strong enough to withstand the enemy's outflanking movement.

The 2nd Army, consisting of corps brought up from the east, was formed and placed under the command of General de Castelnau. Preceded and protected by divisions of cavalry, it gradually extended its front to the south of Arras.

Queen Elizabeth in the Belgian Lines, on the Yser
The Germans carried out a similar movement, and the opposing armies, in their attempt to outflank each other, gradually prolonged their front northwards and approached the sea.

Against the German right wing, which steadily extended itself northwards, General de Maud'huy's Army deployed from the Somme to La Bassée, and gave battle in front of Arras.

The Germans attacked furiously and attempted both to crush the Allied front and continue their turning movement. Six Army Corps and two Cavalry Corps were thrown against General de Maud'huy's Army but the latter, reinforced, held its ground.

The command of the Northern Army Group was entrusted to General Foch.

This Guide was produced immediately after the war for families to visit the battlefields where their men fought and died.