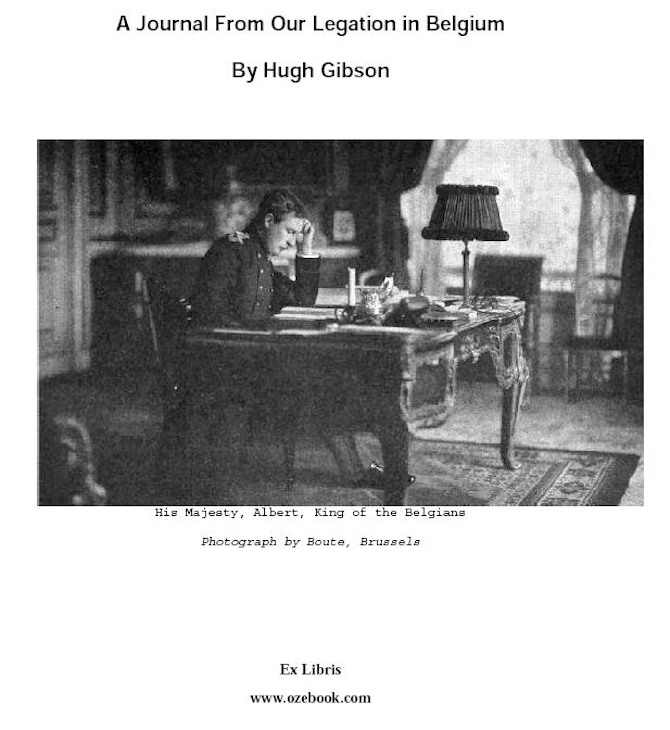 A JOURNAL FROM OUR LEGATION IN BRUSSELS

A JOURNAL FROM OUR LEGATION IN BELGIUM BY HUGH GIBSON Secretary of the American Legation in Brussels Also includes Edith Cavell case. ILLUSTRATED FROM PHOTOGRAPHS - 214 pages - 2.7mb download. July 28, 1914.—Well, the roof has fallen in. War was declared this afternoon by Austria. The town is seething with excitement and everybody seems to realise how near they are to the big stage. Three classes of reserves have already been called to the colours to defend Belgian neutrality. A general mobilisation is prepared and may be declared at any time. The Bourse has been closed to prevent too much play on the situation, and let things steady themselves. In every other way the hatches have been battened down and preparations made for heavy weather. To-night the streets are crowded and demonstrations for and against war are being held. The Socialists have Jaurés, their French leader, up from Paris, and have him haranguing an anti-war demonstration in the Grande Place, where a tremendous crowd has collected. Nobody on earth can see where it will all lead. England is trying hard to localise the conflict, and has valuable help. If she does not succeed ..........