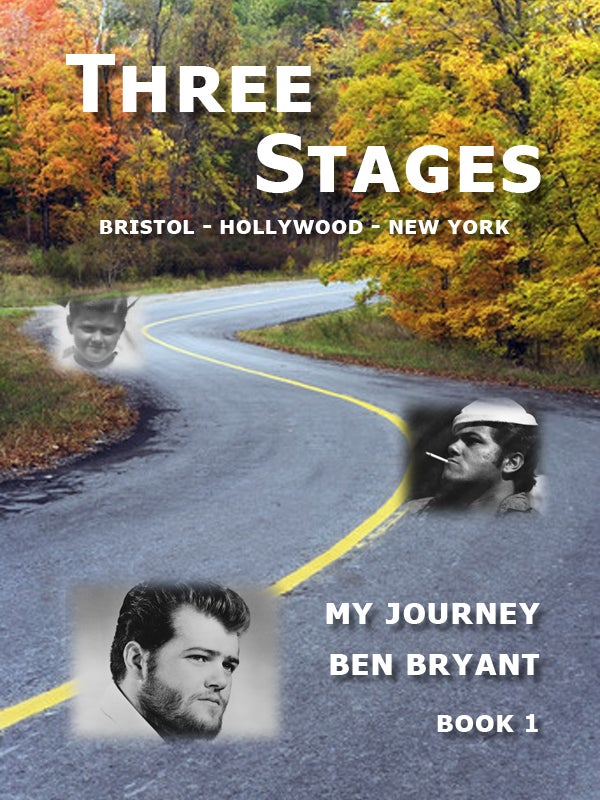 When I began to write what turned out to be Three Stages I had no idea that I was even writing a book and the idea of writing a “Hollywood Memoir” or a “celebrity book” would never have entered my mind. Nor did I seek to amaze or inspire. I was simply reminiscing “on paper” and recalling the extraordinary adventure that my life had been and some of the fascinating people I’d been privileged to know. I had no plans to publish but when I sent a few snippet to friends for conformation of certain fuzzy memories the responses were intoxicating and encouraging.

Being on the receiving end of one’s creative muse is always such a gift and so I offer to you Three Stages, the memories of a Tennessee boy who was transplanted to another, unimaginable, world of wonders.

“Anyone who thinks he or she might enjoy reading a smart, funny and touching portrait of Show Biz -  drawn from the inside - need look no further than a recently published autobiography by Ben Bryant. … It is a wonderful account of Ben's experiences in the theater, television  and opera, as an actor, singer, and later, as a writer and producer.

“What is especially appealing … is Ben's willingness to admit to occasional lapses and disappointments in his performing career. He recounts many of the ups and downs …and does so with a frankness and sense of humor that is truly entertaining.

... he tells his life story in "The Biz" with humor and understanding.” – Lowell Harris, Member of theWestside Story original cast

“You have lived many life times and done more than most people could dream of. ...  Amazing, fascinating, and I want more.” – Catherine Wolf, Producer, Writer, Actor

“The reality is you and your life are far more adventurous and varied than most of us and ours. ... It's just a fabulous tale.”  – Joan Miner, Artist

“I ... was truly inspired by his personal journey from the hollers of Tennessee to the hills and valleys of show biz and beyond. Don't miss it.” – Doug Hall, South Carolina Realtor

“... sudden bursts of out loud laughter!” – Phil Sexton, IT Wizard

“It reads like a novel, yet it's all true. Not only it is your personal story, but the story of an America that no longer exists – sometimes kinder and gentler – sometimes harsher and more cruel. You brought it back to life like Brigadoon, with humor and sentiment and seen through the beautiful mist of memory.” – Rick Skye, Comedy Writer