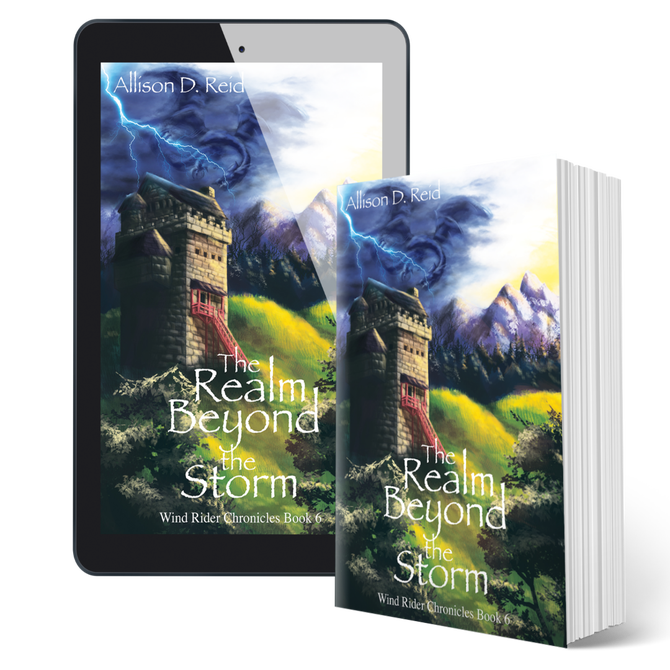 The Realm Beyond the Storm (PAPERBACK)

The war has been raging for three long years, though the Kinship believes it is far from the front. But Elowyn has a disturbing vision—one in which her worst fears become a terrifying reality: the tower is under attack by Beasts, and she, Morganne, and Adelin are fleeing with the relic…alone.

Braeden has been desperately searching for something in the nearby ruins of Solis. The shadows have settled there, enveloping the mountains in a darkness that feels like a living presence to Elowyn and Glak. Beasts guard the pass, attacking any who come near, and the Kinship is cut off from Minhaven. Elowyn worries that Braeden is looking for her, and more importantly the relic, but Morganne isn’t so sure. She has discovered that Solis was not the remote and insignificant place she’d assumed it to be. The monks who once lived there were hiding something worth dying to protect—something that was perhaps as important as the relic itself.

Will the Kinship find Braeden’s prize before he does, or will the Beasts finally bring the war to the tower’s front door, setting into motion the events of Elowyn’s worrisome vision? Only time will tell whether the Kinship can prevail against the Beasts yet again, or if Morganne and Elowyn will lose their home, and with it everyone they care most about.