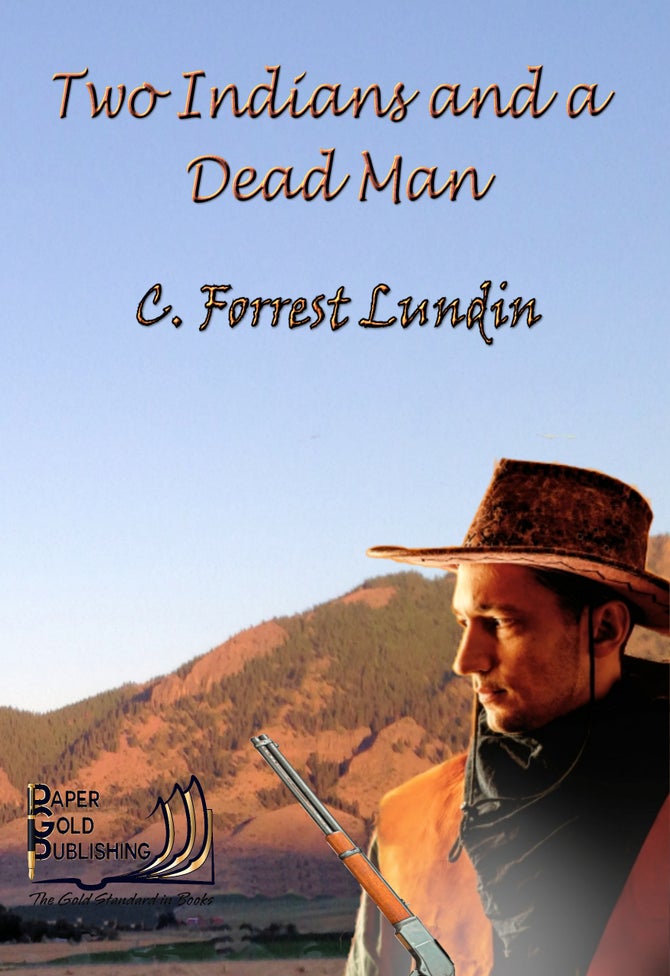 Two Indians and a Dead Man

By Paper Gold Publishing
5 Stars from Reader's Choice
Western Thriller
"This is a definite bookshelf keeper! Entertaining from start to finish."
Someone behind him pulls the hammer back on a rifle. Now James understands why his horse didn’t want to move.
Two Fingers McCracken doesn’t want James's money or supplies; the Metis wants help. The man who kidnapped his daughter knows McCracken’s face. James agrees to help. The Civil War veteran doesn’t realize the situation is far more complicated than he first thought.
Emmalee McCracken is a pawn in a bigger struggle than anyone anticipated. But getting out alive and staying out of jail will take all James Madison Robertson’s intellect. And keeping Emmalee in Oregon may prove to be beyond him.
Based on a real situation that happened in 1880, two towns in Union County, Oregon engaged in a vicious battle to get the railroad to come their way. The conflict resulted in harsh feelings that persisted into the 20th century.