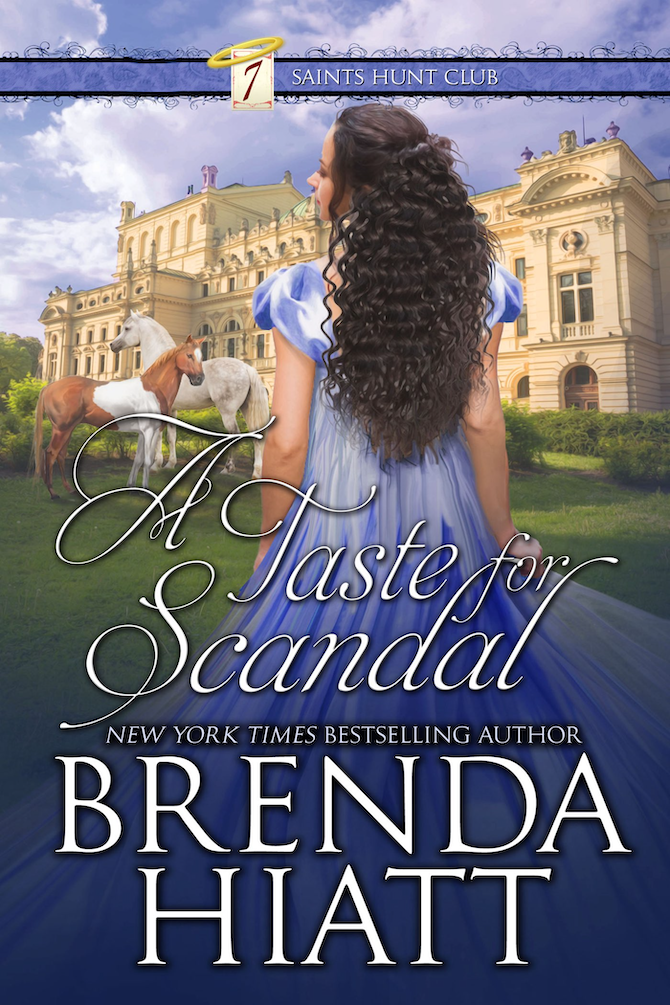 A Taste for Scandal

Violet Turpin has always lived for adventure and romance, a combination that has more than once gotten her into trouble. Her first attempt at a London debut was short and disastrous because her love of excitement far outstripped her concern for the proprieties. A few months later, she eloped with a sweet-talking fortune hunter and was only saved from ruin in the nick of time. Now she’s determined to ride in fox hunts, even though that’s not something ladies do.  Knowing all this, her brother asks his friend Lord Rushford to keep a close eye on her during her second attempt at a London Season—a task the earl is reluctant to take on, given his most inconvenient attraction to the madcap Miss Turpin.

His task is made harder by Violet’s plans for her time in London. Not only does she hope to find adventure and True Love, she is determined to meet and assist the fabled Saint of Seven Dials, whom she has long idolized. When a plausible rogue learns of her obsession with the Saint, he hatches a plot of his own to take advantage of it—and her. Rush will have his hands full keeping Violet out of trouble as he tries to catch whoever is impersonating the Saint of Seven Dials, all while trying to reconcile himself to the betrothal he unwisely agreed to the previous year. Will he and Violet realize that True Love is right under their noses in time to prevent a lifetime of regrets?

Book 3 of the “Seven Saints Hunt Club” series, set in the same world as “The Saint of Seven Dials” series.