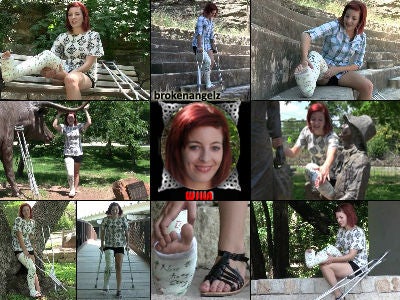 We put a cast on Willa and wondered why she was so comfortable in it and such a crutching pro... That is until she told us how many casts she has had on various limbs! Between crutching and foot play, while she leans against a tree and hangs off of a brass bull she recounts in great detail how many casts she has on arms, legs, braces and even a body cast for her back! She's been in almost a year's worth of casts! She also recounts how she got them, her experiences and how she was treated in various casts. The cast she has in this clip is exactly like the one she was in school. 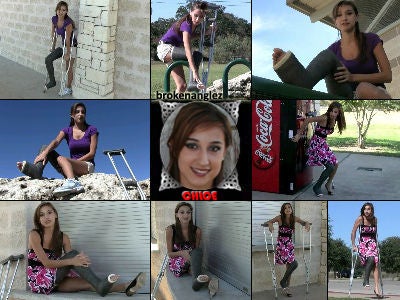 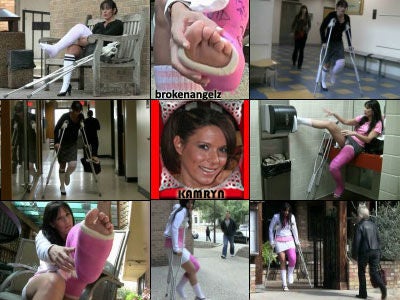 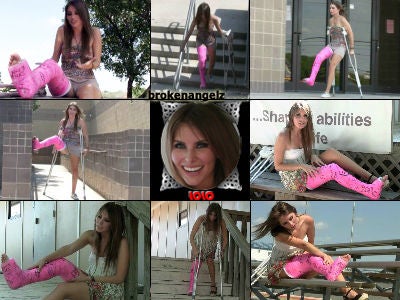 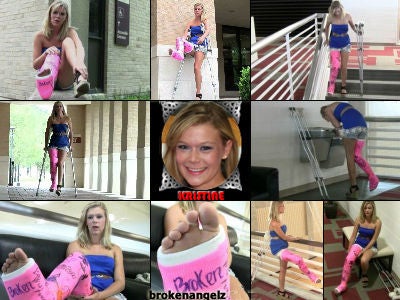 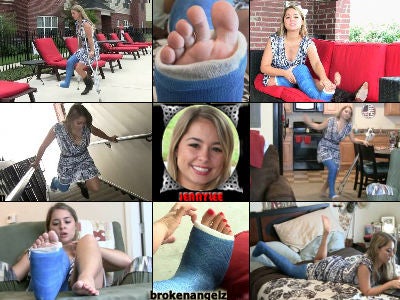 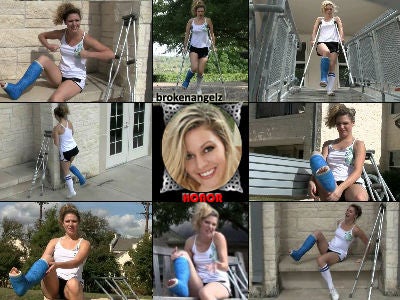 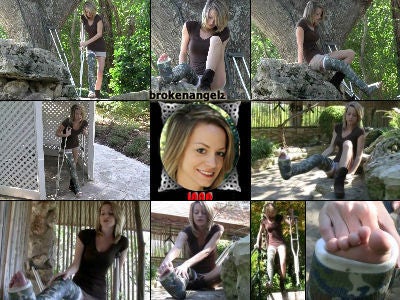 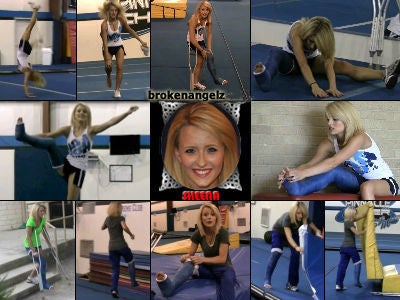 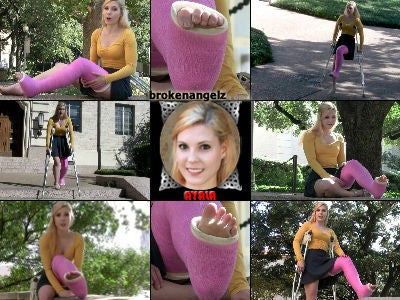 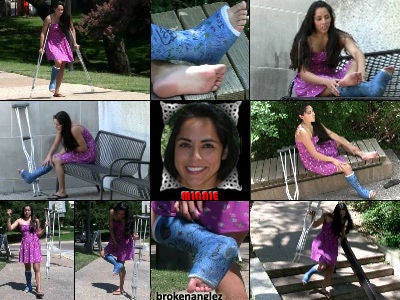