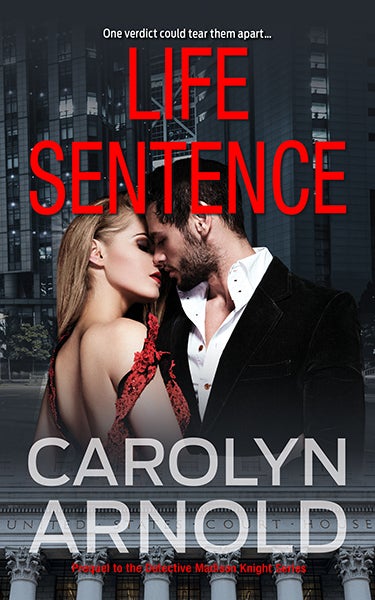 "A thriller all the way…Arnold never disappoints.” –The Reading Café

One verdict could tear them apart…

"If I pay with my life, you will pay with yours."

Defense Attorney Bryan Lexan may have just taken on the case which will cost him his life. When his client, a Russian mafia boss, is convicted of first-degree murder, he vows to make Bryan pay.

Meanwhile, Jessica Pratt has always prided herself on being a modern woman–you know, the kind who doesn't need a man to make her feel complete. So when she finds herself torn between two, she realizes that not all decisions are based on facts. If they were, her boyfriend, Bryan, would be the logical choice. He has the family name, wealth, and a stake in a successful law firm. Only thing is, when she meets Mason Freeman, the chemistry between them is irrefutable and he won't take no for an answer.

With both of them caught up in a struggle for survival, and a powerful enemy on their heels, they'll need to decide where their loyalties lie.

Please note: This book is a romantic suspense. Madison Knight of the best-selling police procedural series has more of a secondary role in this book. This story provides insight into Madison’s background and the series that was inspired by her.