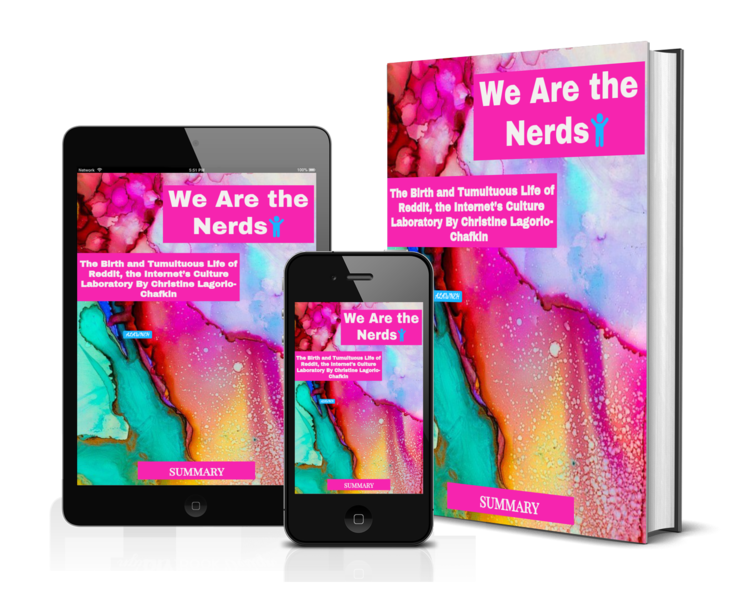 SUMMARY.We Are the Nerds The Birth and Tumultuous Life of Reddit, the Internet’s Culture Laboratory By Christine Lagorio-Chafkin

·         Reddit left the starting gate quickly, but growth was slow – and at first, artificial.

·         A cofounder made life at Reddit difficult in its early years.

·         Reddit showed such great potential that it was bought by media giant Condé Nast.

·         To an outsider, Reddit looked like it was doing great, but in reality, it was close to implosion.

·         Reconciled, Ohanian and Huffman returned to Reddit to rectify the situation.