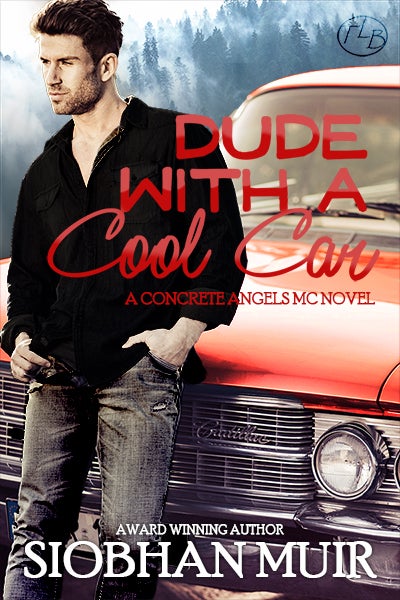 By Siobhan Muir
Bikers, Badge, and Backlog: Marshal DeVille always gets his man…and his Karma.

Being undercover has its perks. I get to do stuff the day-to-day me would never experience. Like infiltrating the Concrete Angels Motorcycle Club and meeting Karma, the gorgeous Enforcer of the MC. Being handcuffed to her bed is a dream, but that’s the problem with undercover work. Everything I’m doing here is only half true. The Concrete Angels—and Karma—are connected to Backlog, a shadow organization infiltrating law enforcement. The Fed undercover here before me was Backlog’s bitch, and now he’s dead. I have to determine which side of this fight the Concrete Angels are on… before Karma comes to bite me in ways I won’t enjoy.

You bet your ass, I’m that karma, the one people pray never catches up to them. But my own karma has found me, seeing as the hunky P.I. who drove into the MC compound with his cool car is my Goddess-chosen true mate. But as my luck—and the Goddess’ sense of humor—would have it, Cooper’s an undercover US Marshal trying to ferret out our connection to a group called Backlog. Would’ve been nice to know before I took him to bed and discovered he’s the best damn submissive this Madam could want, because I don’t deal well with liars. And no one’s happy when Karma’s pissed. But Backlog has Cooper in its sights, and to survive… my mate might just have to die.