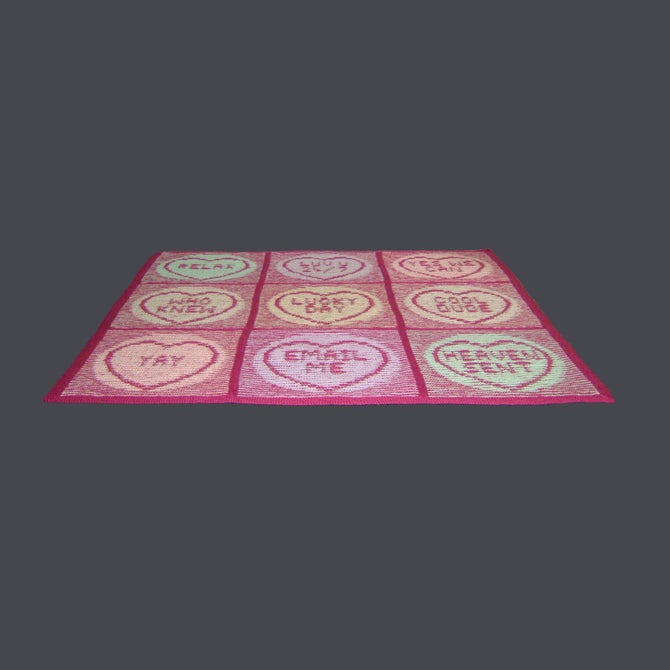 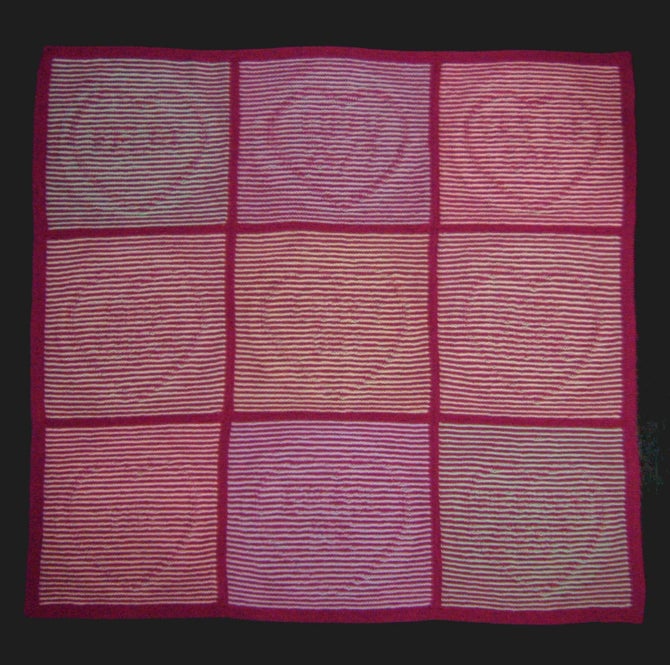 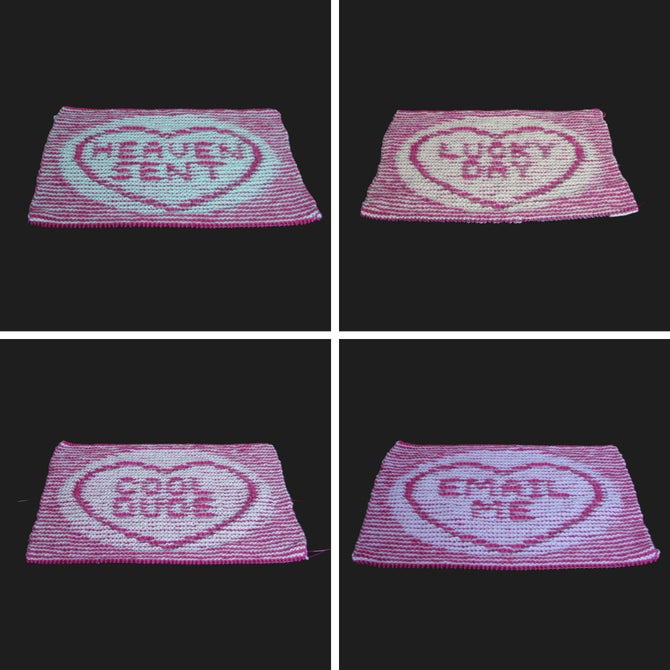 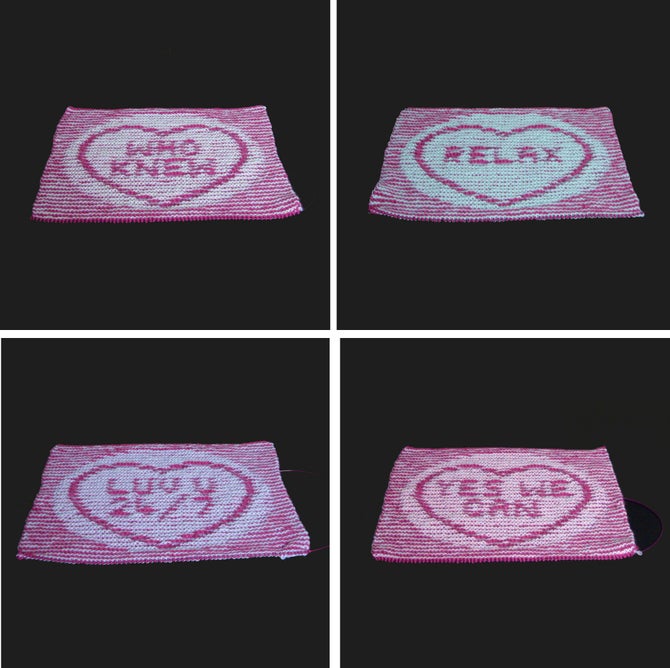 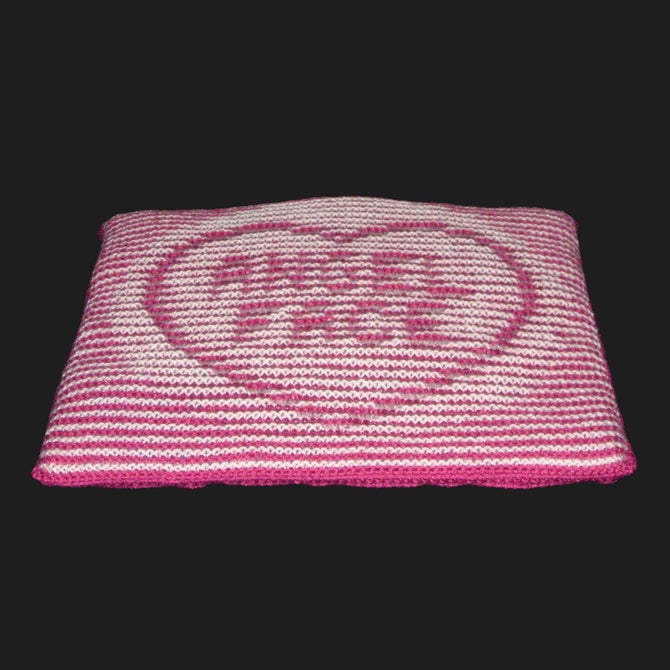 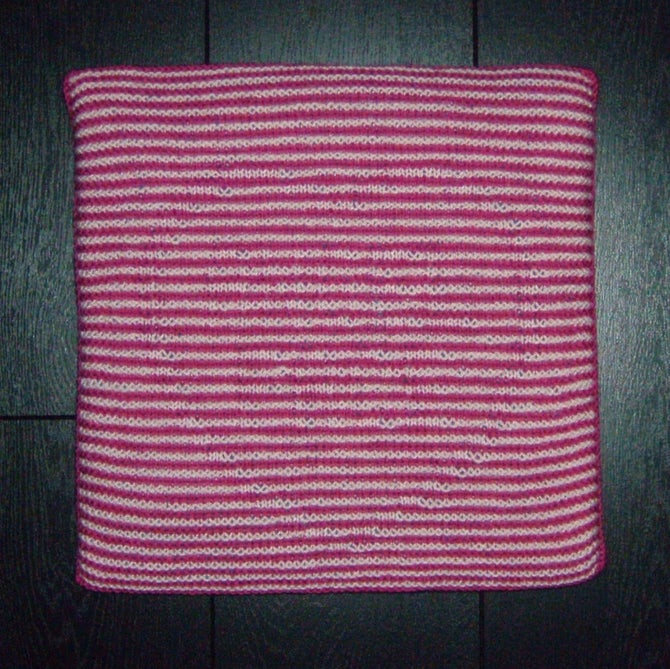 By Woolly Thoughts
Anyone brought up in UK will be familiar with Love Hearts® sweets though they may be less well-known in other parts of the world. They have been made in UK since 1933. We have used some of the traditional messages, some modern equivalents and some of our own. There are charts for:

The pattern also includes the whole alphabet and a master page with instructions on how to create your own messages.

Love Hearts® are crumbly fizzy sweets. They come in six pastel colours. The hearts and lettering are always in the same pinkish-red. It is probably not possible to match the sweet colours exactly but baby shades give the right impression.

When you look directly at the cushion or afghan you see simple stripes. When you look from an angle the design is revealed. (Illusions are notoriously difficult to photograph.) The design shows a circle, which is the shape of the sweet, with a heart inside it. The lettering is contained within the heart.

Each square is made individually so you can put them together in any combination. The photos also one square used as a cushion.

The original was made in DK yarn but you could use any yarn.

Love Hearts® and the Love Hearts icon are the registered trademark of Swizzels Matlow Limited and are used with their permission.