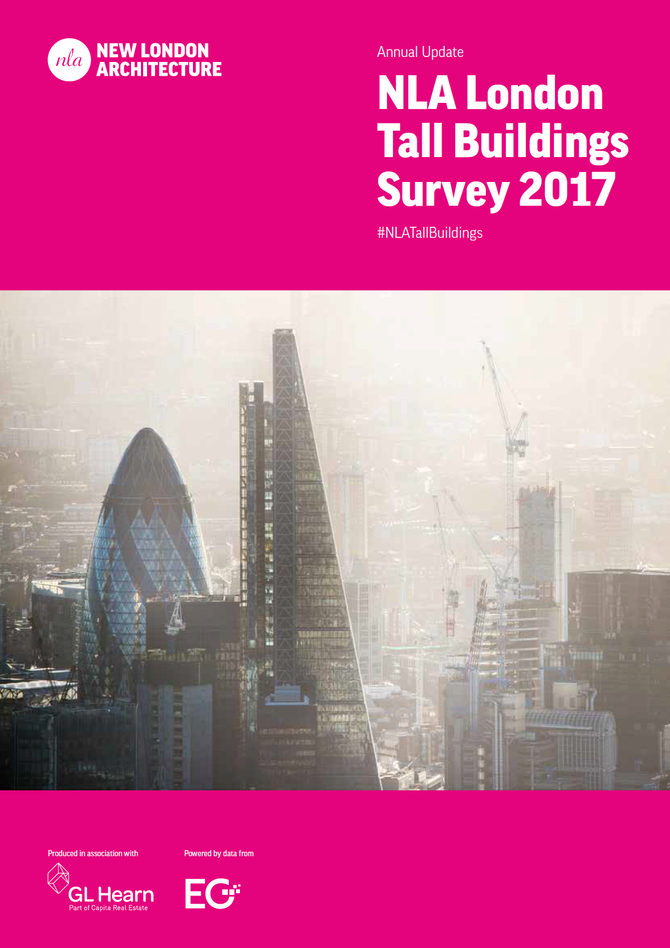 Each year the NLA London Tall Buildings Survey has generated a healthy debate about the benefits, as well as the negative impacts, of tall buildings. It has given a voice to those that propose them as well as those that are more critical. At NLA we remain of the view that in a growing city, well designed tall buildings in the right place are appropriate, a view reiterated by the Mayor of London at his Question Time on March 23.

This year’s data will assist the Mayor as he prepares his new London Plan, with drafts expected this autumn. We are encouraged that the Mayor is now actively pursuing the idea of a 3D computer model of London, something we have been pressing for since our first survey in 2014. Developers will be able to place virtual images of their buildings into the wider model so that planners, the public and the Mayor can fully understand their impact. All too often the debate takes place without a clear understanding of the individual and the cumulative impact of proposed tall buildings. The City of London has been using such a model for the past year to great effect.

The French technology company Dassault Systems will launch the Virtual Singapore project later this year which will show what the future city will look like, as well as containing comprehensive data about the city’s management. It is high time that London became smarter and used modern digital technologies to deliver a better planning service and help shape a better city.