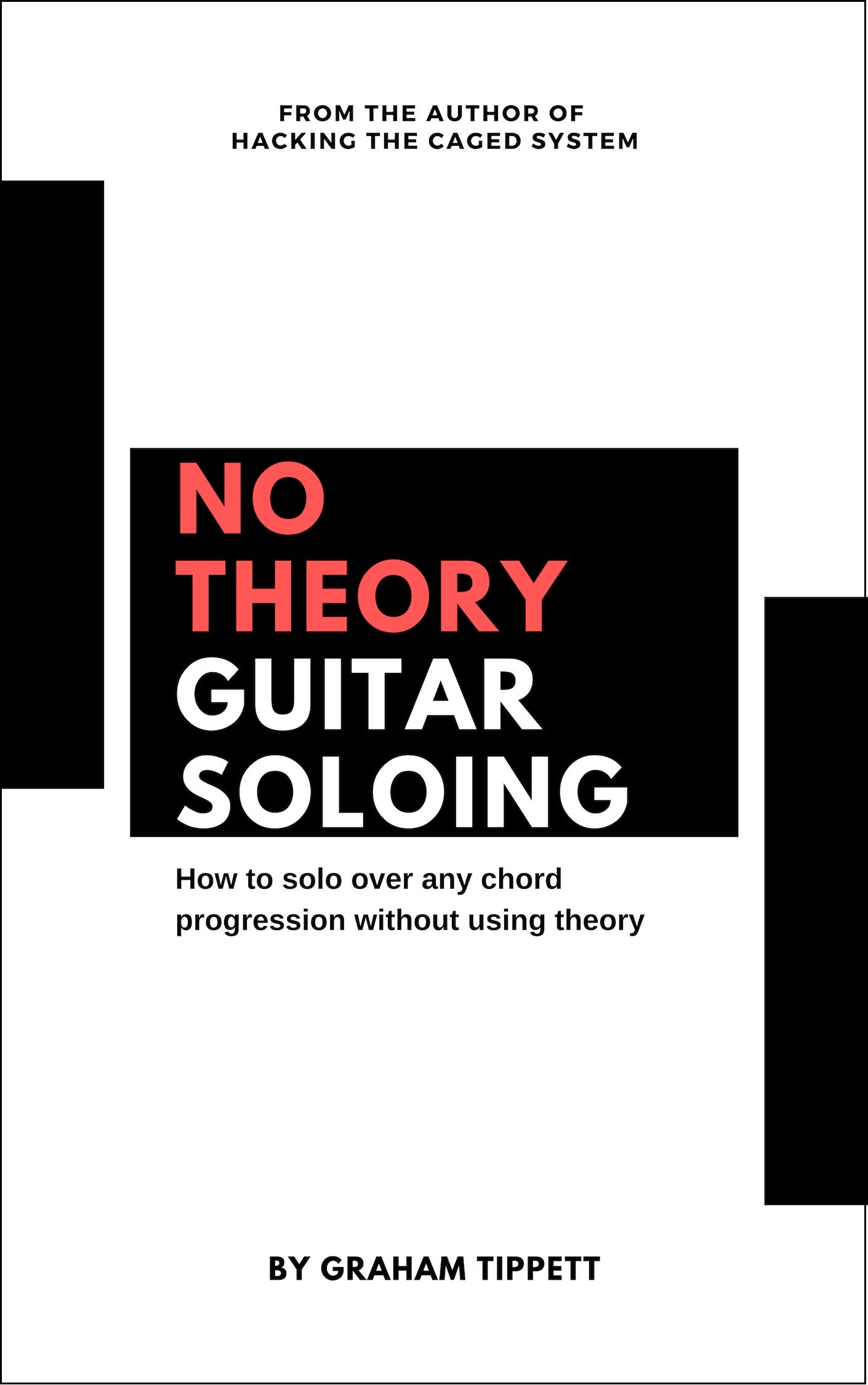 On Sale
$4.99
Pay what you want: (minimum $4.99)
$
Added to cart
I was watching a YouTube video a while back where Lee Anderton (of Anderton’s fame) gets a guitar lesson from Ariel Posen. Ariel tries his best to teach him a few things in a very thorough and well-meaning way, but about half-way through Lee says something along the lines of, ‘Just teach me the quick and dirty way to do things, I’m a middle-aged man who doesn’t have the time (or the patience) to practice scales for 8 hours a day’, which is both totally valid and completely doable on guitar as it’s one of the few instruments that lends itself well to a wide range of methodologies, be they theory-based or the other extreme.

This book was also inspired by many students of a variety of ages who came to me saying they just wanted to play and not be bogged down by theory and scales and whatnot. They weren’t looking for shortcuts, they just genuinely wanted to solo and sound good without having to learn theory in order to do it. Admittedly, I was discouraged at first but I put myself in their shoes and came up with this method to get to the good stuff faster, and sound good.

I won’t deal with pentatonic scales here as you’re probably already well-versed in those and are looking to be able to solo over simple and common chord progressions or add more variety to your improvisations. If you’re looking for a system to learn pentatonic scales (and modes), which is also theory-lite, check out another of my books: Beyond Pentatonics.

All the music theory terms you’ll find in this book are for labeling purposes only and will help you recognize these concepts in songs or pieces you already know; they’ll also help you find the information on the fretboard when you need it instead of fumbling around. What’s more, due to the simplicity of this approach, you’ll be able to reduce your thinking to a minimum and concentrate on making a musical contribution to whatever situation you find yourself in and making jamming/playing out a far more enjoyable experience.

I love this approach and often teach it to people who don’t want to practice 10 hours a day, are not interested in theory or knowing the whys and wherefores of everything. They just want a straightforward, “if you learn this and play it here, it’ll sound good”, method so that they can express themselves in a jam session, solo with more than just a pentatonic scale, or play out on the weekends.

If you have even half an hour a day to play/practice guitar, you can make a world of progress with your soloing by using this method.
You will get a PDF (1MB) file