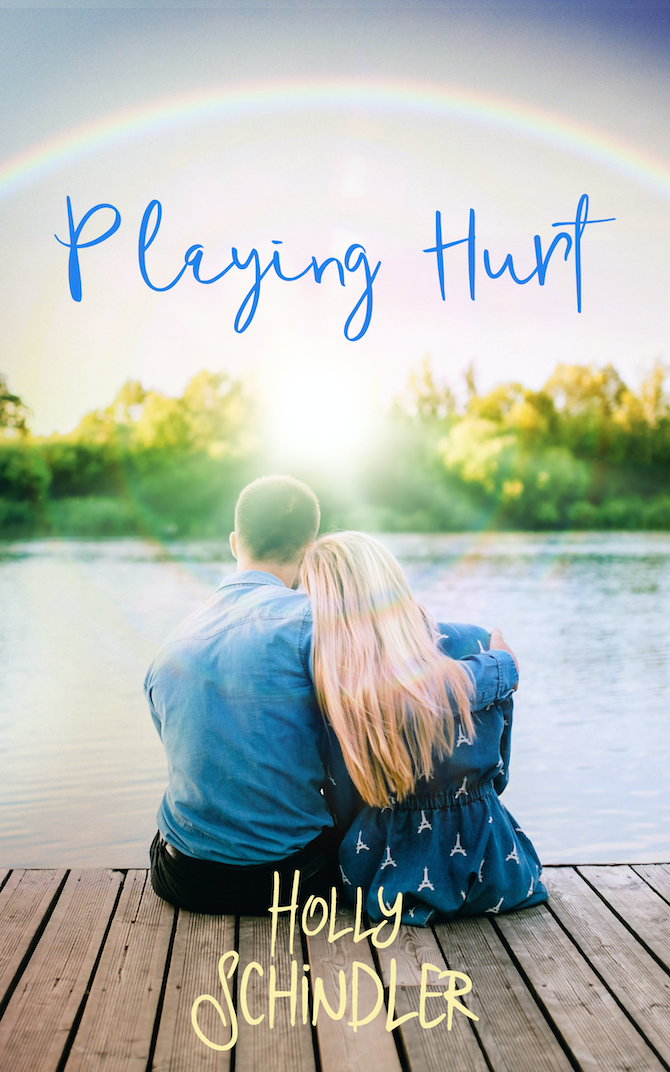 By Holly Schindler Books
It’s hard to get back in the game—of life or love—when you’re still playing hurt.

Once, she was a small-town celebrity. One of the most talented high school basketball players her hometown had ever seen. Bound for something far bigger beyond the city limits of Fair Grove, Missouri. But Chelsea’s world changed when an accident on the court ended her days as an athlete. She struggles with the idea of no longer being a star—and has no real idea what life might hold for her next.

Once, he was a small-town celebrity. One of the most talented hockey players his hometown had ever seen. Bound for something far bigger beyond the city limits of Baudette, Minnesota. When an unexpected tragedy took his head out of the game, Clint was forced to hang up his skates. He swore he’d never put himself in a position to be hurt again, building walls around his heart.

When their paths cross one summer at a Minnesota lake resort, Chelsea and Clint are immediately drawn to one another. But wounds of the heart cut the deepest, and take the longest to heal. Will an unexpected romance end up causing Chelsea and Clint more pain—or finally heal their heartbreak?