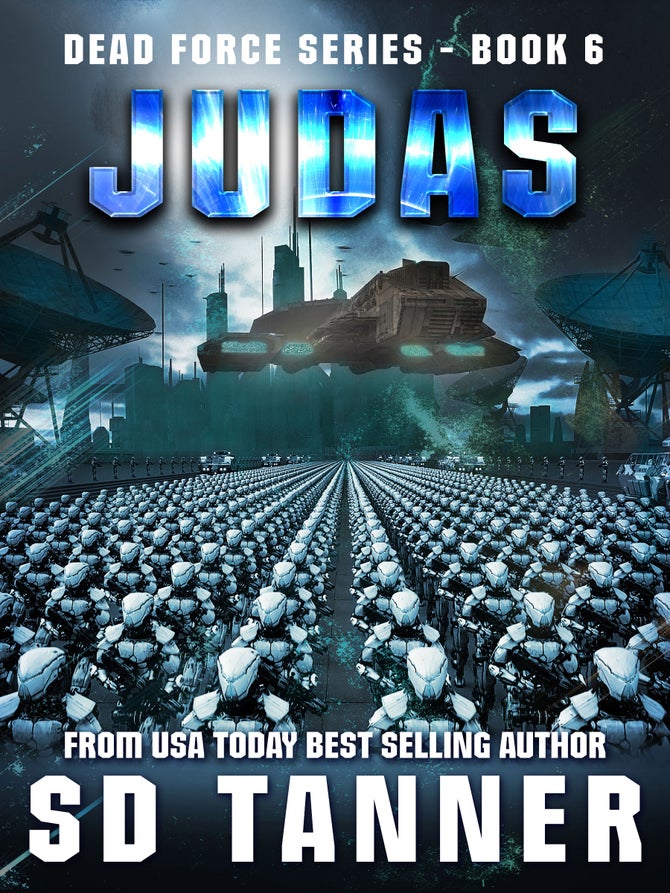 Jessica finally tells the truth about the Dead Force and it breaks their trust in her and confidence in themselves.  Plagued by strange visions, Tag is slowly losing his mind, but he has Mayla build him the end of days so the last shot will be his to fire.  The core of Earth is ignited and the countdown to the winner begins.

Dead Force series is the latest in the SD Tanner collection.  It’s a wild ride through space, filled with cool tech, mad aliens, and a stubborn squad refusing to quit.

Tag is a man without a past and a bad future.

Waking up in a chamber full of half a million sleepers is bound to confuse anyone, but learning you're on a spaceship hurtling through the universe will really ruin your day.

Finding over a million sleepers on three arks, an infestation of space fleas, and no idea how he or the squad got there, Tag is having a bad day.  Uncovering the truth proves more bizarre than he could have guessed, but never one to pass up a challenge, Tag decides revenge is the best course of action.

In search of the truth, Tag and his squad head to Earth where they learn just how far they are from where they started.  Realizing they are not entirely blameless for what happened to the world, Tag desperately looks for a way to gain the upper hand against enemy aliens he can’t even find.

War is about real estate and, with Jessica near death, Tag is running out of time to reclaim even a small part of his country.  The Dead Force are willing, but Tag must find a way to steal what he needs to turn them into an effective fighting force.  Determined to slam a stake in the ground and declare it his, Tag raises his bet, but it just might be a step too far.

Having secured Valhalla, home to his Dead Force army, Tag aims to steal more of the enemy’s arsenal before extending his control over Earth.  He finds a planet called Caladar that may be to blame for all their trouble, but they might have the solution he’s looking for.

In a Universe where nothing is as it seems, the Dead Force are splintering into factions, and every alien Tag meets seems to know more about him than he does, but none will tell him the truth.  Finding Grunt’s army should have been easy, but they aren’t where he left them.  Critically underpowered, it appears Tag has started the drum beat for a war he can’t possibly win.  With trust in Tag’s leadership eroding, the race is on to build an allied force.