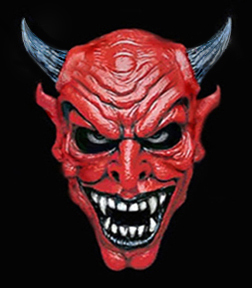 The Origins of Satan

A captivating and elaborate exploration into the complex origins and history surrounding the character and mythos of Satan in Judeo-Christian theology. Painstakingly researched, six years in the making, with hundreds of Bible passages cited throughout as reference, the author takes you on a winding and twisting serpentine path, uncovering numerous hidden truths and obscure wisdom along the way. Written in a stylized, full-page layout, with a poetic yet scholarly tone, this book delivers all that you could want and more, as it delves into a myriad of fascinating and diverse topics including but not limited to: Middle Eastern belief systems, Paganism, Jewish rituals, Christian doctrine, human psychology, metaphysics, superstitions, and everything in between. A must read for any true seeker of knowledge, it thoroughly examines and gradually deconstructs the concept of the Devil in the context of Abrahamic religions, offering new insights and fresh interpretations of this age-old lore, tracing its evolution and development from the pre-Islamic Arabs and the oldest books of the Bible, through the centuries, right up until the present day, explaining the basis for all of the symbolism and iconography now associated with Satan. Also included at the end is a special section dedicated to unraveling the mystery of the Baphomet icon.

Subjects and themes discussed in this book include: