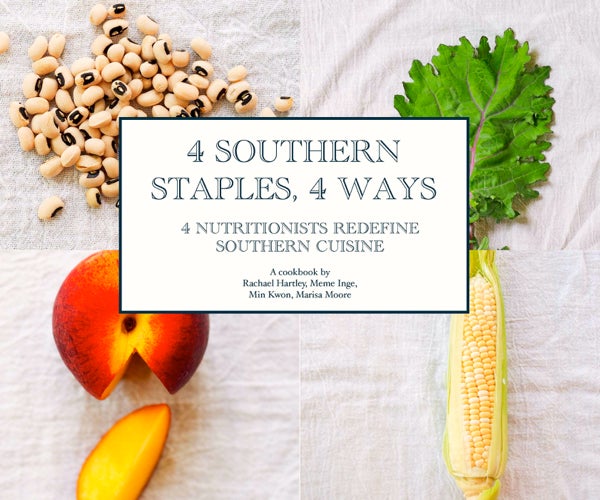 Written by four dietitians living in the South, Four Southern Staples, Four Ways aims to redefine the unhealthy image of Southern food. Each dietitian puts their own regional spin on four staples of Southern cuisine - beans, greens, corn and stone fruit - highlighting the diversity of the region and the farm fresh produce at it's core. This ecookbook is filled with 16 modern takes on classic Southern dishes, like Warm Collard Greens in Roasted Peanut Sauce, Tex-Mex Chipotle Black Bean Tacos and Shrimp with Fresh Corn Grits. We've also included a bonus 4 dessert recipes, because if there's one thing that's true about us Southerners, it's that we do love our dessert!

- An in-depth look at the health benefits of Southern staples