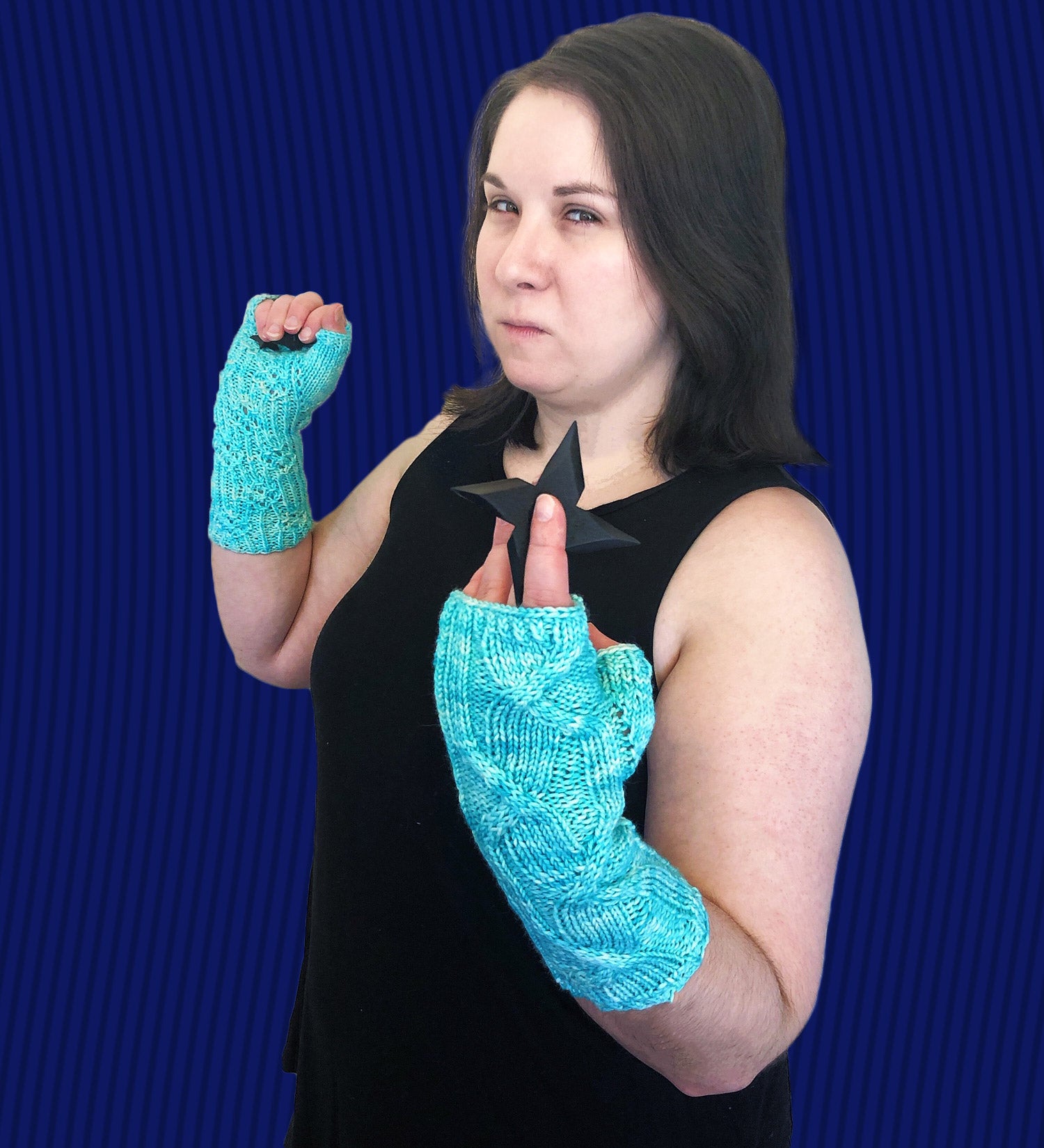 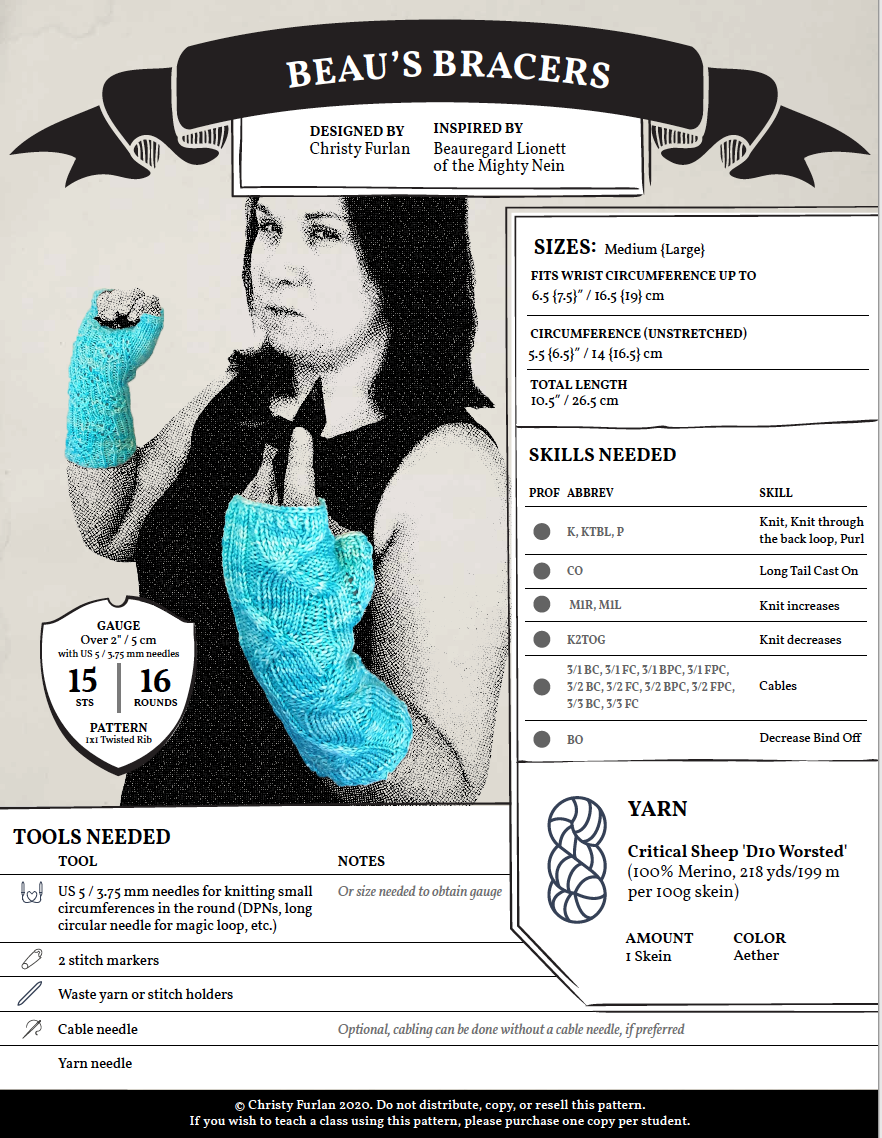 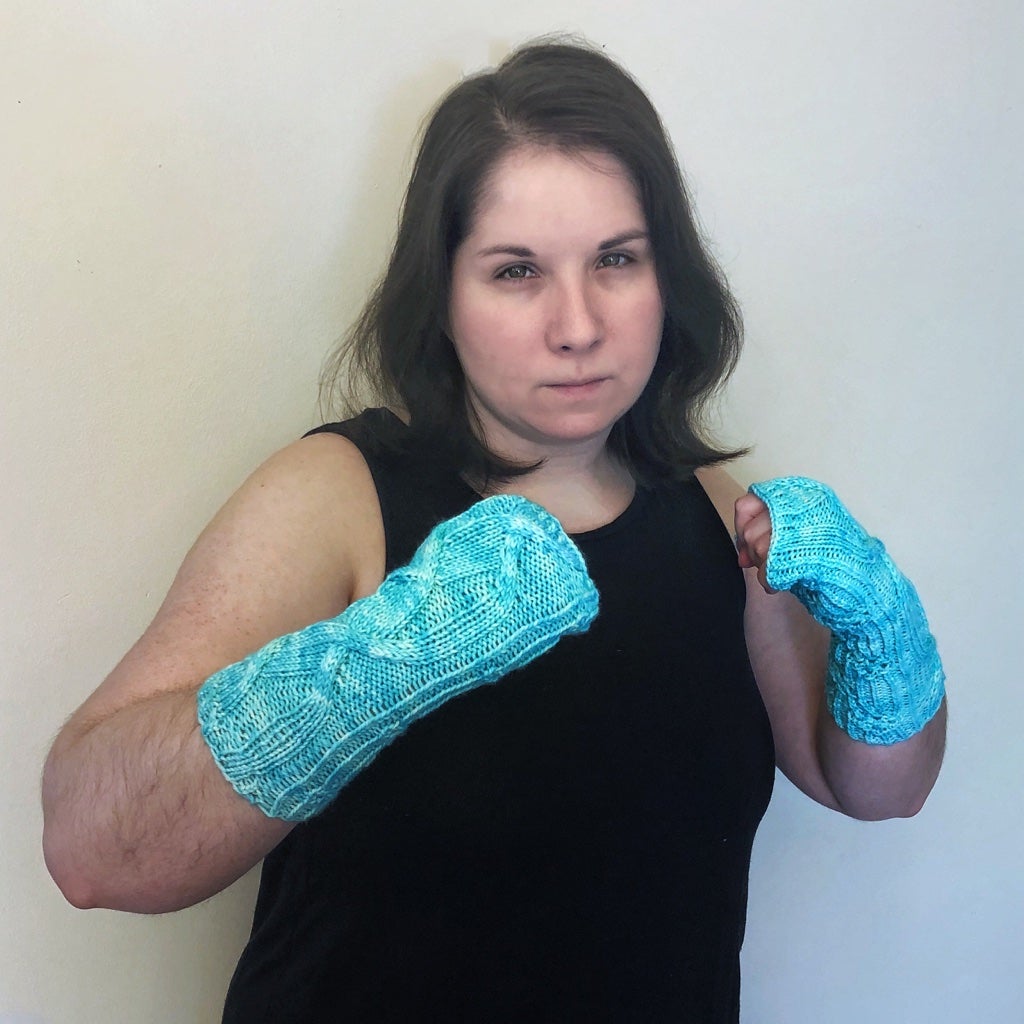 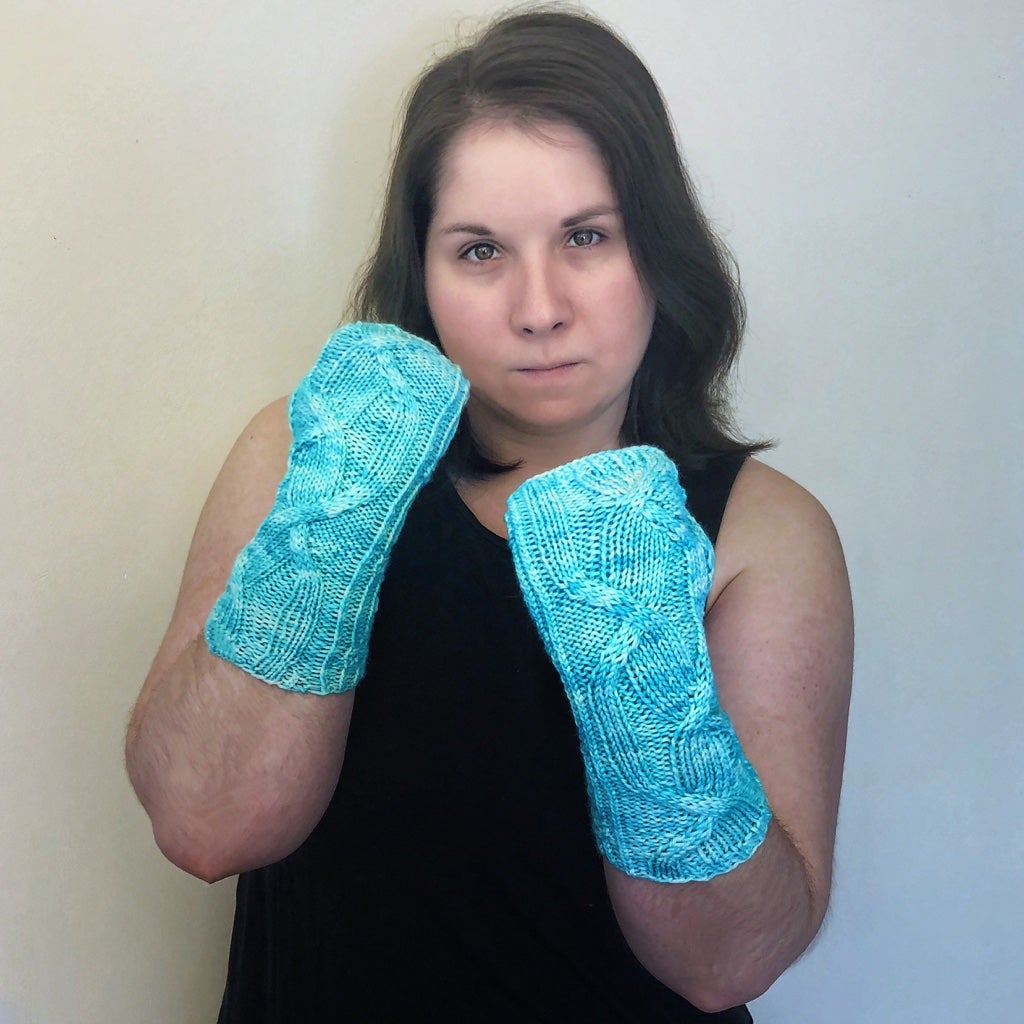 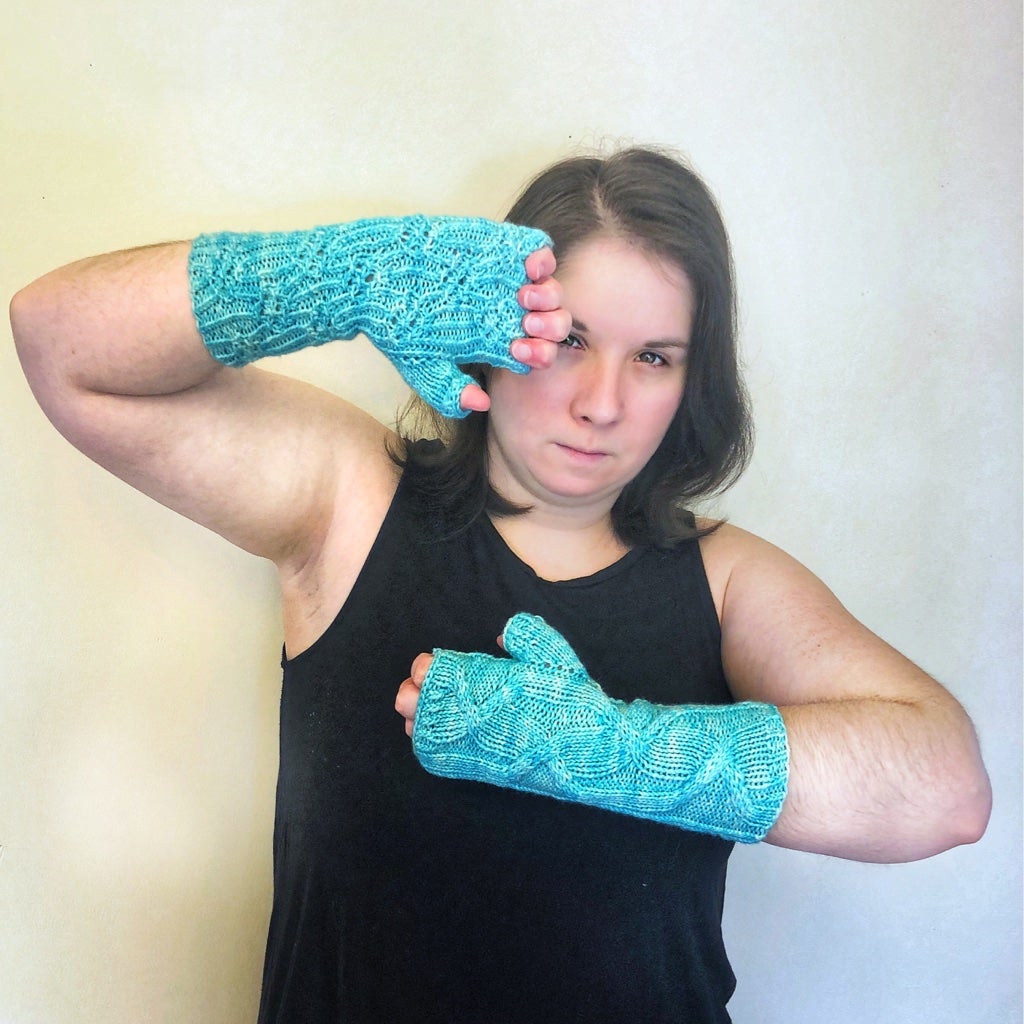 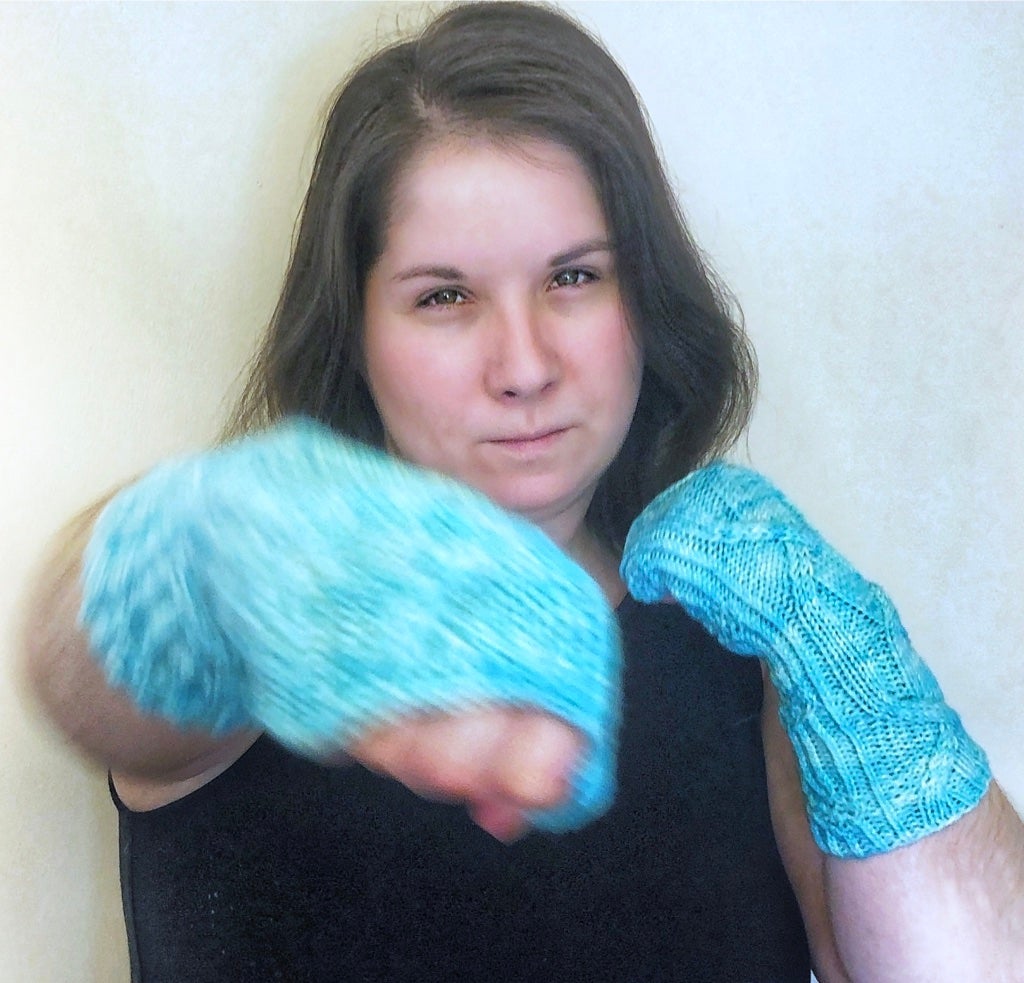 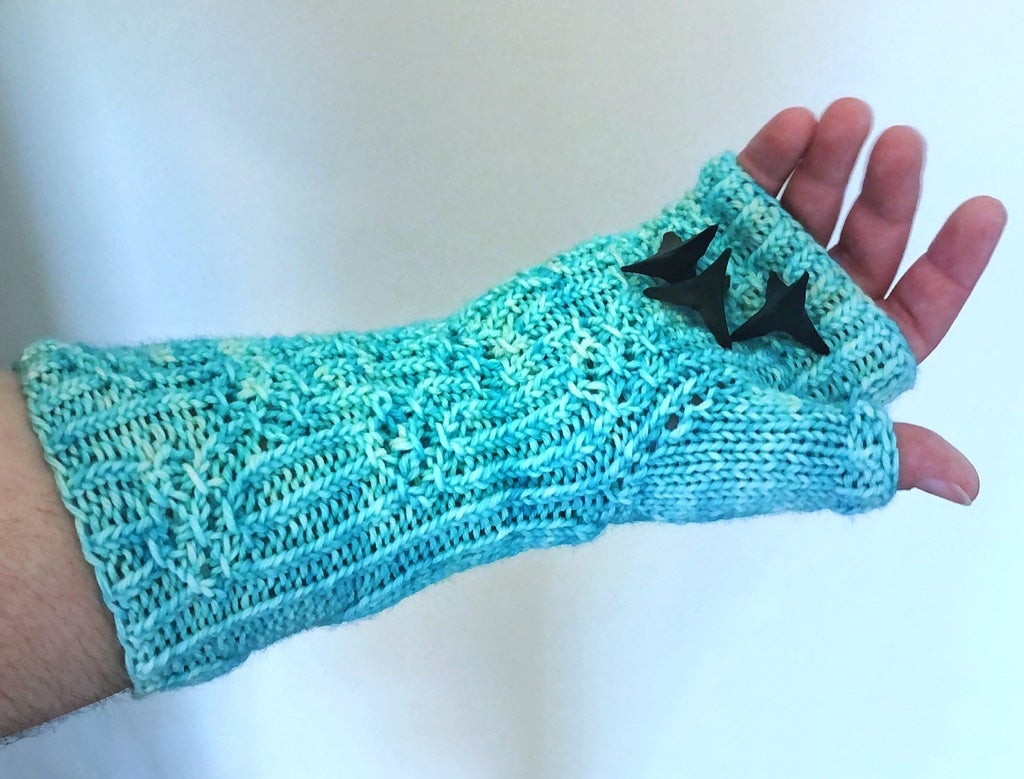 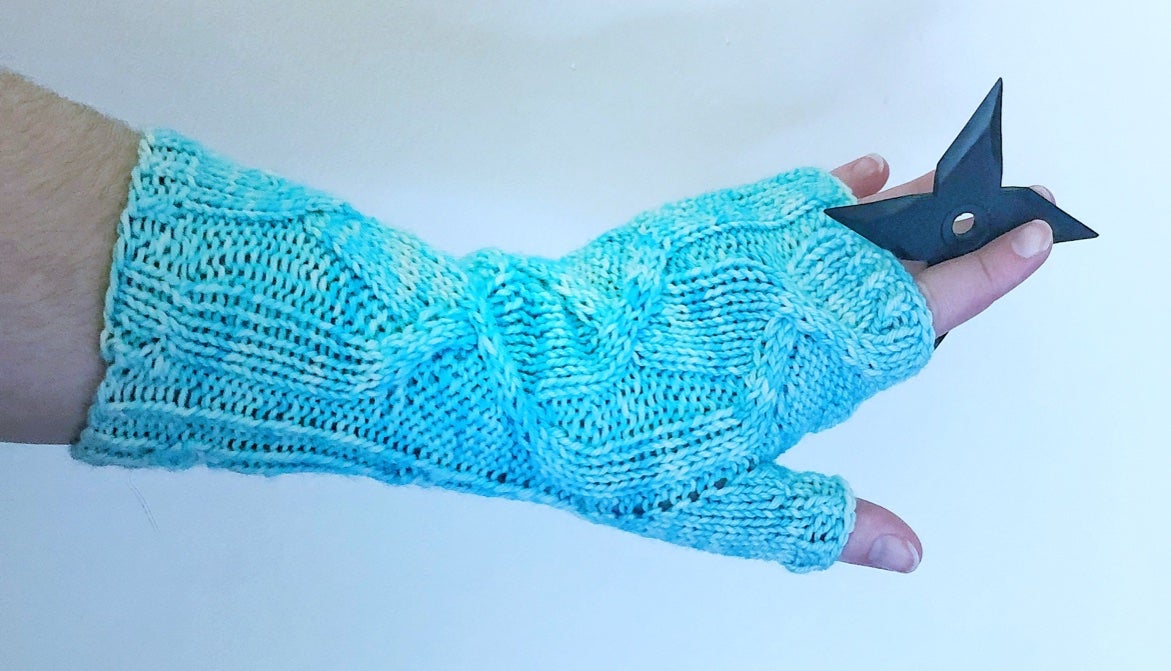 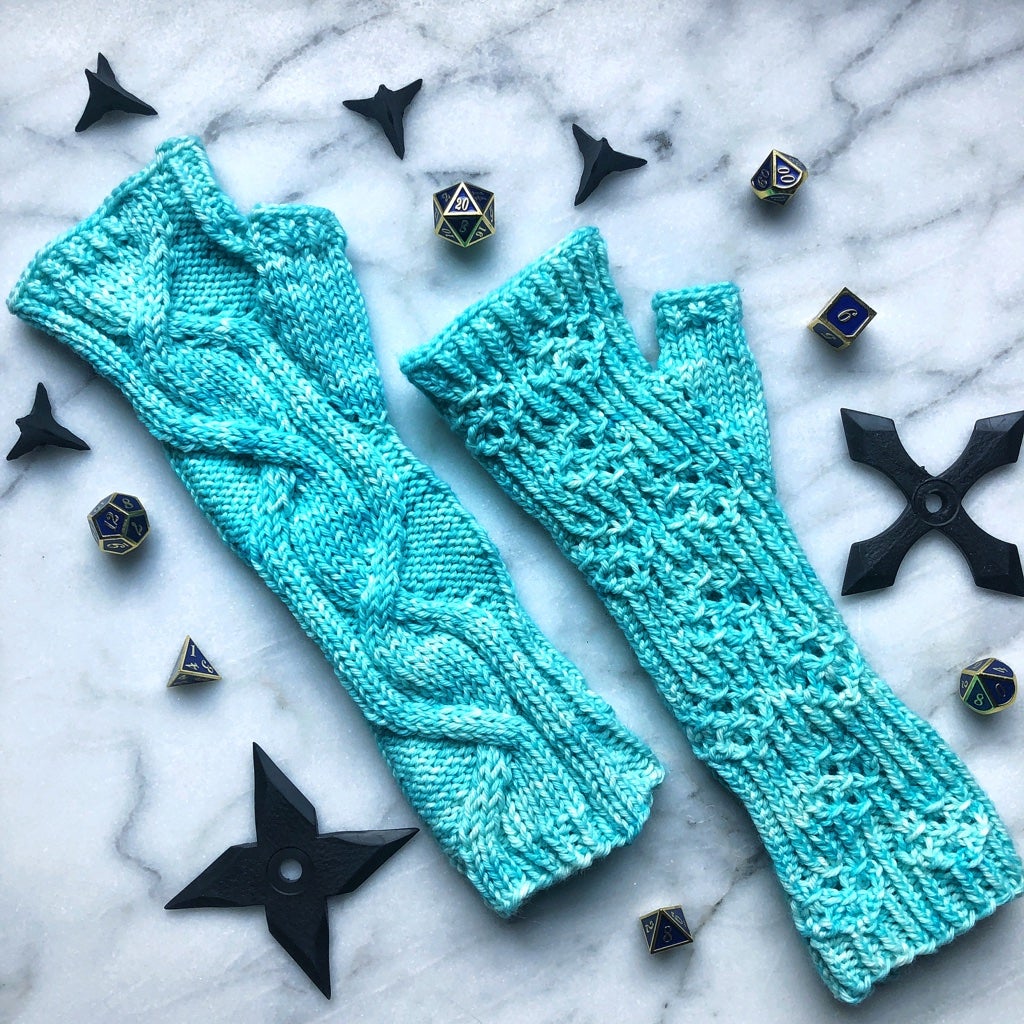 On Sale
$5.00
$5.00
Added to cart
This design is part of Crit Knits, a collection of 8 designs each inspired by a member of the Mighty Nein from Critical Role, Campaign 2. If you’re a knitting Critter who wants in on all of them, check out the Crit Knits ebook to snag a discount when you get them all!

ABOUT BEAU’S BRACERS
A very dear friend of mine changed my life 10 years ago by teaching me how to knit. Eight years later, she changed my life again by introducing me into the wonderland that is Critical Role and Dungeons & Dragons as a whole. One episode of Critical Role and I was a goner - I knew I had a found a new passion and a new lifelong hobby, all in one. I had no idea that Dungeons & Dragons was exactly the game needed to make my nerdy, fantasy-novel-obsessed heart sing. Since then, I have joined a campaign or two of my own and watched (literally, I am not exaggerating) hundreds of hours of Critical Role.

One of my favorite characters from Critical Role Campaign 2 is Beauregard Lionett, the human monk played by the amazing Marisha Ray. Beau is a member of the Cobalt Soul, an order devoted to unveiling life’s mysteries, bringing light to the secrets of the dark, and guarding the most powerful and dangerous of truths from those who would seek to pervert the sanctity of civilization. She frequently attacks bad guys with her trademark 1-2 punch (pop! pop!) followed by a display of her awesome monk powers. She is often the glue that keeps the Mighty Nein together and grounded.

For this design, I wanted to include both Beau’s membership in the Cobalt Soul and her awesome martial arts abilities. Thus, the cables on the front are designed to call to mind the powers of Beau’s Bracers of Defense (worn for extra protection against attacks) and Maelstrom Gloves (allow her to shoot lightning from her fists and punch ghosts!). The back features a stitch pattern inspired by Beau’s membership in the Cobalt Soul, where she was trained as a monk. The Cobalt Soul’s emblem is made up of Zen-like circles in a triangle so these are what make up this meditative, Zen-like twisted stitch design.
The Critical Sheep Aether colorway used on this design is another call out to Beau’s Cobalt Soul garb (and is just super pretty in general).

Whether you’re a die-hard Critter or just someone looking for a fun, challenging knit, start up an episode of Critical Role on Youtube and give this design a try! Hopefully, these bracers will keep you or a loved one cozy and protected the next time you happen to find yourself needing to infiltrate a Nicodranian noble’s fancy party to spy.

ABOUT CRIT KNITS
This design is part of Crit Knits, a collection of 8 knitwear designs by myself and the fabulous MandyBee. Each of the 8 designs is inspired by a member of the Mighty Nein from Critical Role, Campaign 2 and uses stunning yarn from Critical Sheep, to layer on even more D&D fun.

Also, each pattern in this collection contains a coupon code for an additional Mighty Nein-inspired pattern, so if you’d also like to knit a gorgeous Jester Lavorre-inspired shawl, check out: Jester’s Spiritual Weapon, designed by MandyBee. A 20% off coupon code for Jester’s Spritual Weapon is available on the last page of the Beau’s Bracers pattern.

ABOUT CRITICAL ROLE
From CritRole.com: What began in 2012 as a bunch of friends playing in each other’s living rooms has evolved into a multi-platform entertainment sensation, attracting over half million viewers every week. Now in its second campaign storyline, the show features seven popular voiceover actors diving into epic Dungeons & Dragons adventures, led by veteran game master Matthew Mercer.

Needles:
US 5 / 3.75 mm needles (or size needed to obtain gauge) for knitting small circumferences in the round (double pointed needles, long circular needle for magic loop, etc., as preferred)

This pattern has been tech edited and test knit.
You will get a PDF (2MB) file 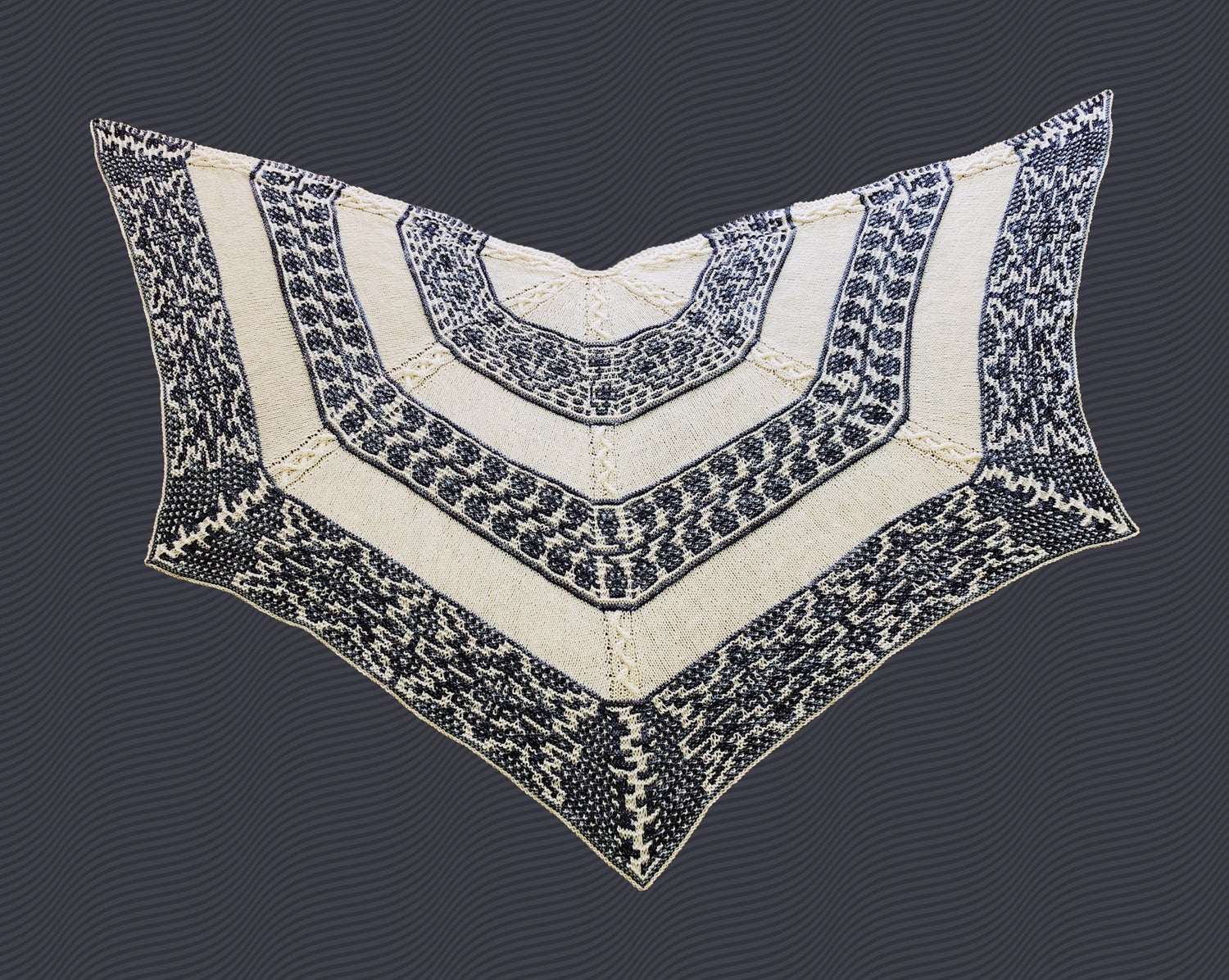 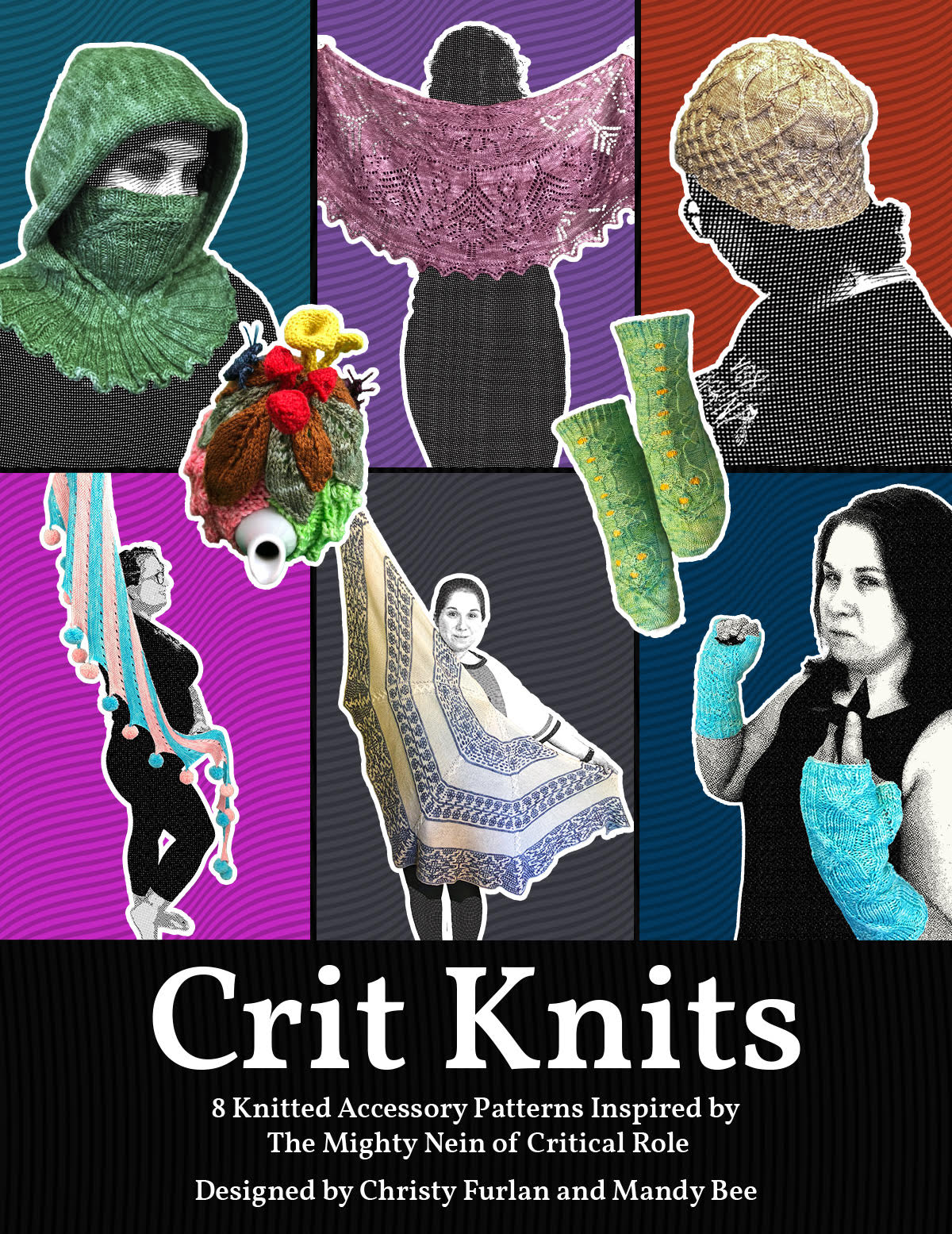 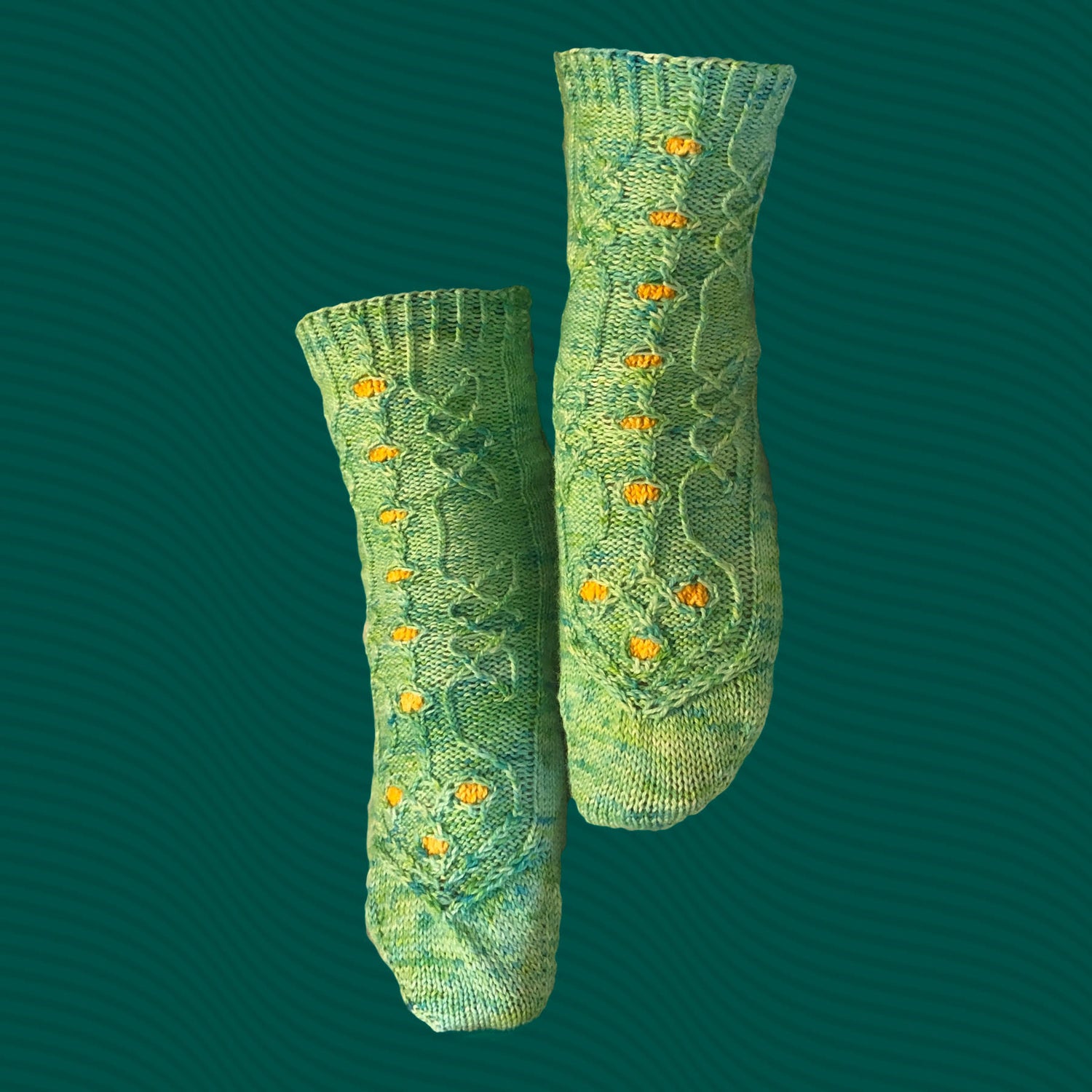 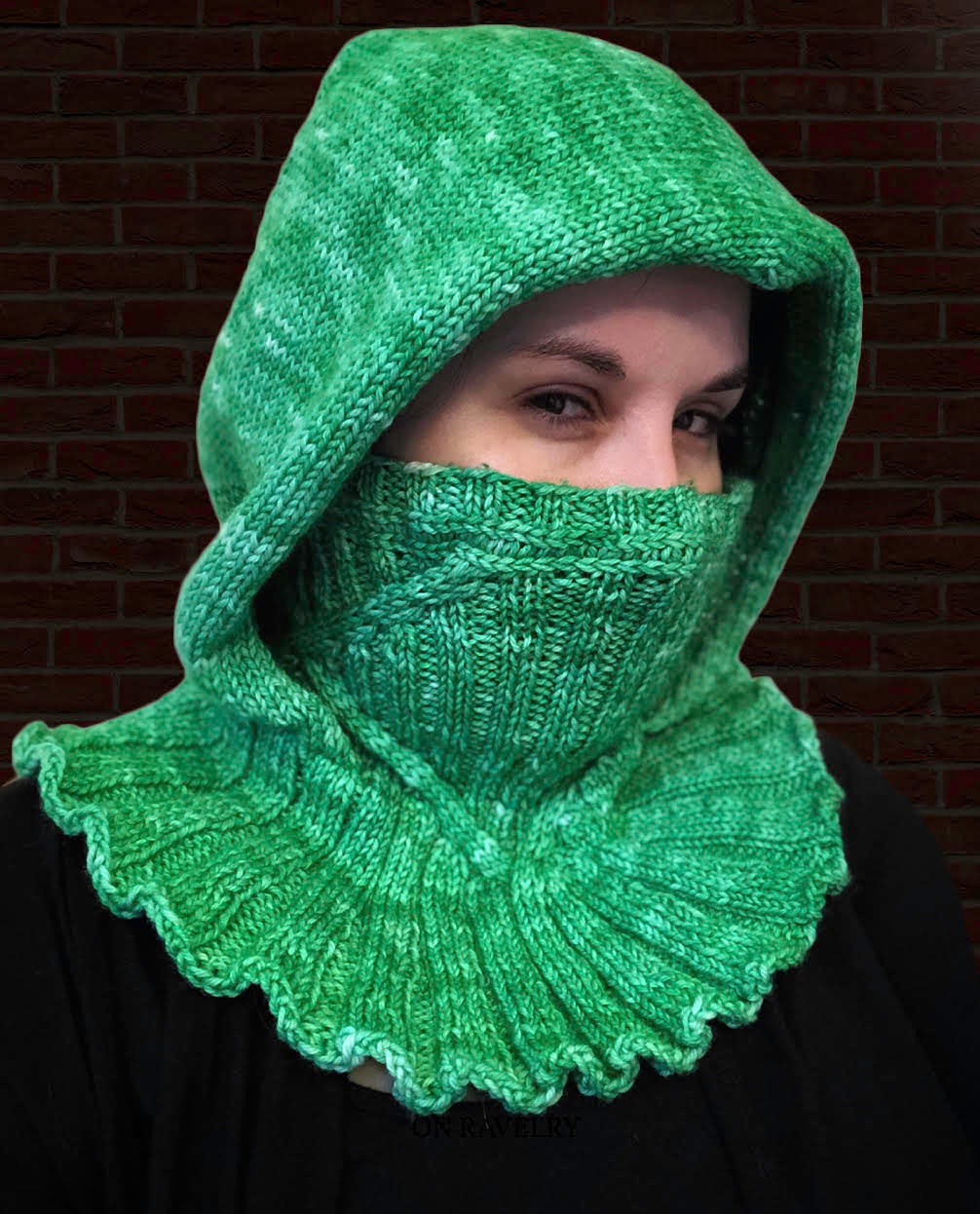 A Knit for Nott