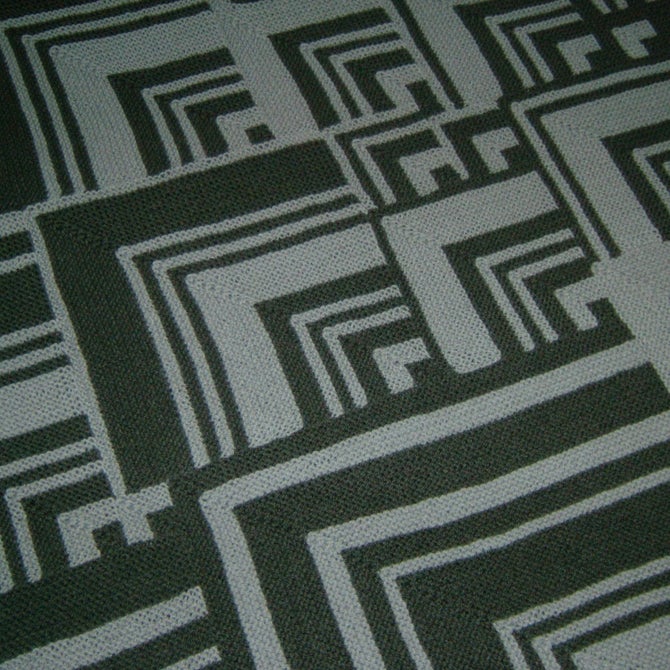 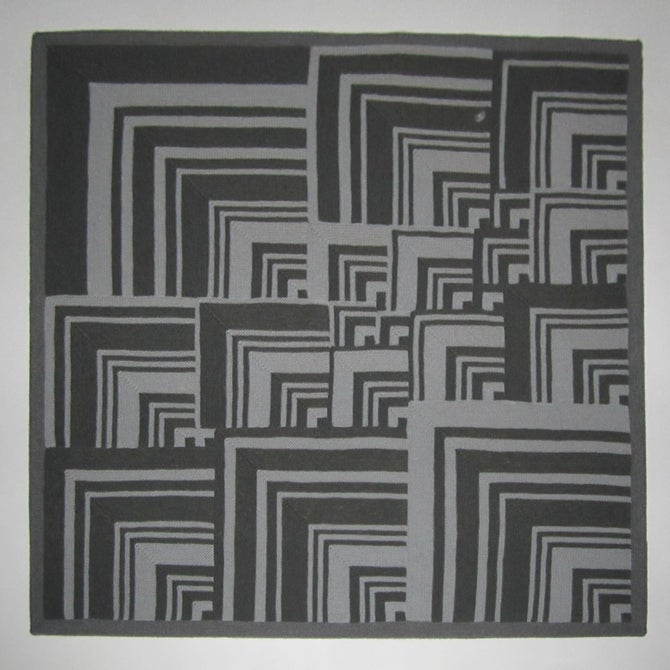 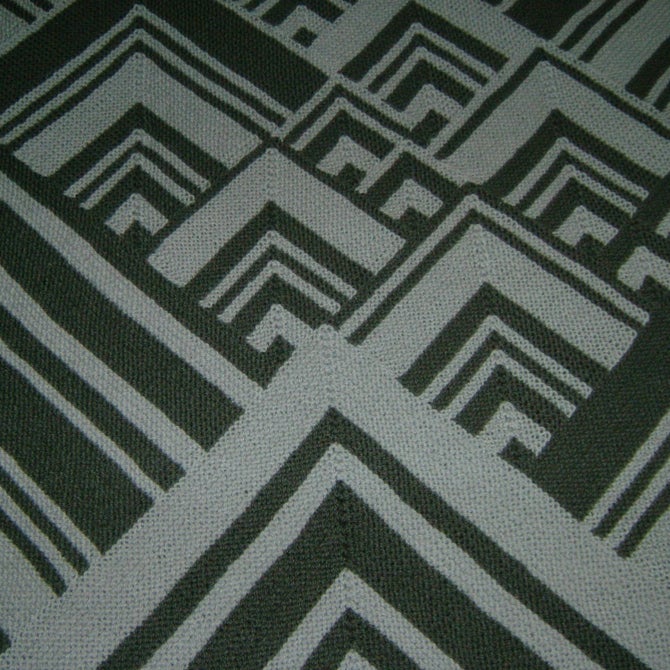 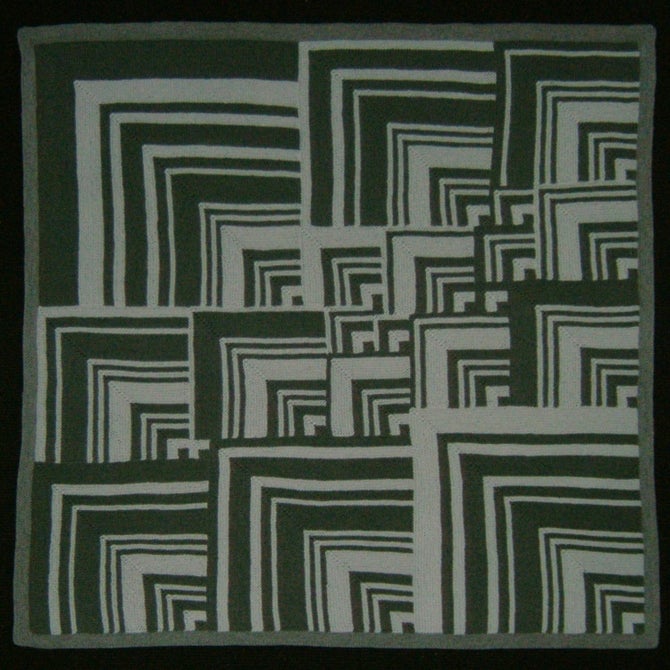 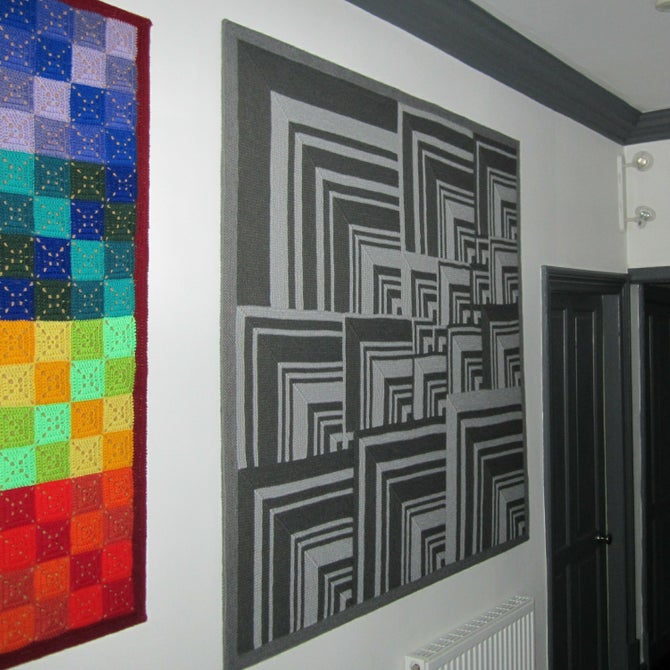 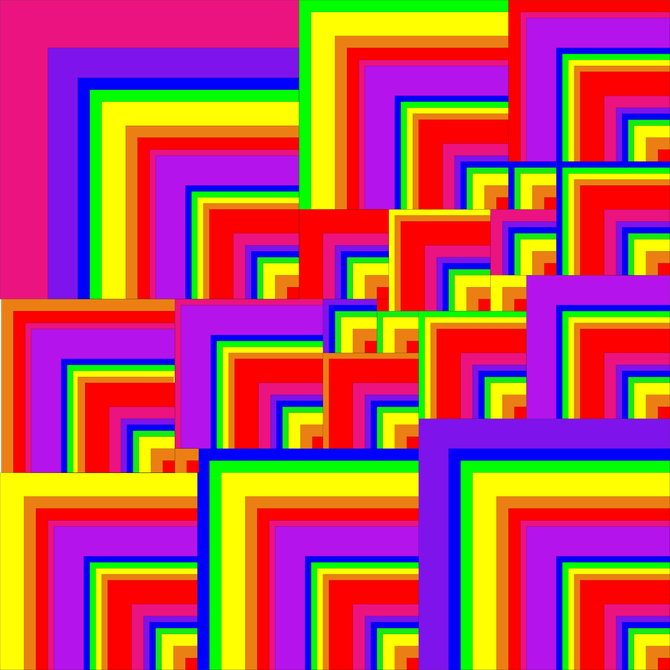 By Woolly Thoughts
This is our third version of a mathematical curiosity sometimes known as ‘the squared square’. It is made up from 21 different sized squares, which is the smallest number of different squares that can be fitted together to make big square. Each square has all the other smaller squares nested inside it.

The squares are mitred and each one is made by picking up from existing squares. An easy to follow diagram shows you exactly where to join on the new squares.

The photos show an afghan made in two colours (with a third colour for the border). You can use as many different colours as you like. Seven colours work well as they can be used in sequence three times for the 21 squares.

It was made in DK yarns and measures 120 cm (48”) square. It could be made in other yarns though this would probably change the overall size. The pattern includes information on other ways to change the size but the possibilities are limited.

This may look complicated but it is really very easy - and addictive. It is almost a mindless project though not recommended whilst travelling as it is in one piece and there is frequent turning at the end of each square.

Read the story of Square Deal Reformation on the Woolly Thoughts web site.