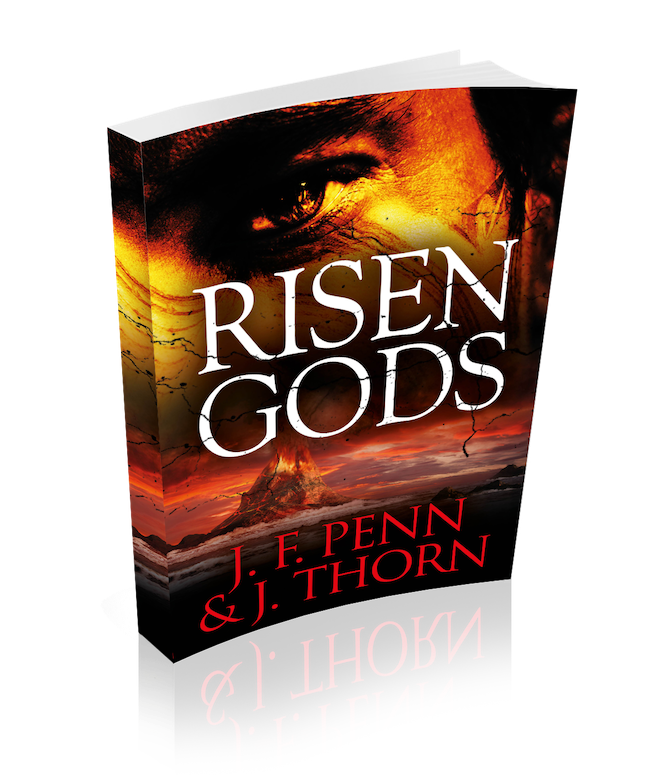 By Joanna (JF) Penn
“It doesn’t matter what you believe. The time is here regardless. They are coming. After so long, the gods are rising again.”

Ben Henare turned away from the gods of his ancestors to follow his own path, choosing the modern world over myths of demons and monsters.

But when New Zealand is shaken by earthquakes and dark powers are released, Ben must fight his way north through ice caves and oceans, battling the evil god Whiro and the creatures of the earth and sky.

Lucy Campion is a trainee doctor, a rational scientist with no belief in demons. When her parents are killed and her sister is threatened, Lucy is tasked with carrying an ancient talisman north to where the oceans meet. But both human and supernatural foes stand in her way.

As the people they love are threatened and New Zealand begins to crumble, can Ben and Lucy find each other again and save the country from the wrath of the Risen Gods?

Risen Gods is a fast-paced, urban fantasy adventure set in Aotearoa/New Zealand, rich with Maori mythology of gods and goddesses, demons and devils. If you enjoy supernatural thrillers, download a sample or buy now.

Download includes mobi for Kindle, ePub for other ereaders, and PDF.