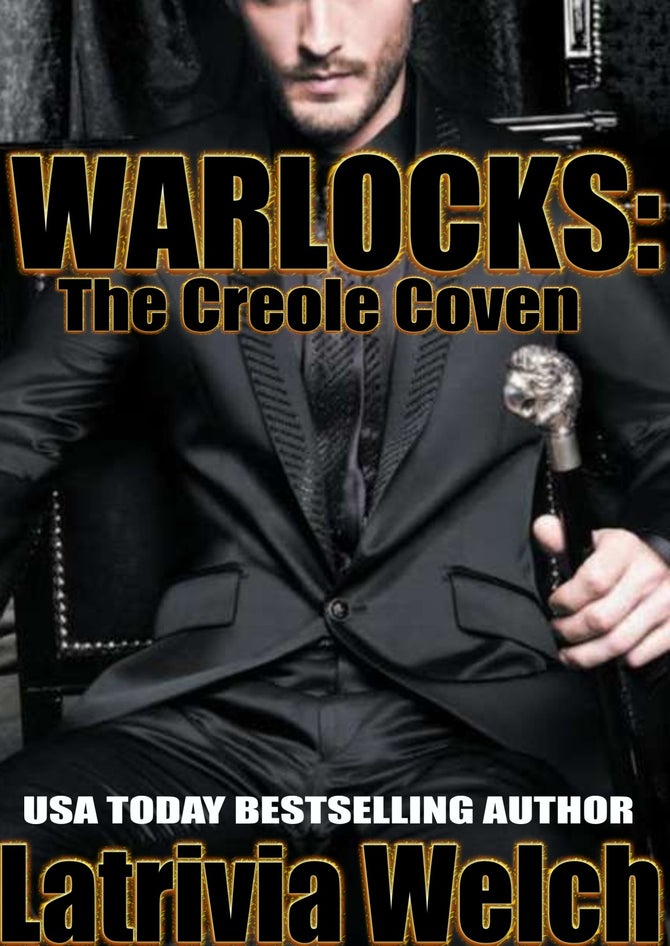 Toni St. John is a nosy reporter chasing the story of her life, a story that will hopefully win her the Pulitzer Prize and national acclaim.  When a tip about four mysterious suicides that happen in an upscale hotel in New Orleans, LA lands on her desk, she packs a bag and heads to the Big Easy to investigate.

What Toni doesn’t know is that the mysterious deaths are closely connected to her own sordid past, and the sexy alpha manager of the hotel, Jericho Laveau, is indelibly linked to her epic future.  However, her adventure is not just about her own life – she discovers she is the key to the future of man.  With warlocks, witches, angels and mayhem on her heels, this ambitious journalist gets more than she bargains for and possible more than she’s willing to write about.

Read Warlocks: The Creole Coven, Latrivia Welch’s first paranormal thriller about the power of love, the pain of truth and the strength of family in a classic good vs. evil story guaranteed to entertain you for hours.

NOTE TO READERS:  This book was originally part of the Creole Nights boxset released in 2017.  It has since been extended by over 160 pages and five additional chapters.  If you think you enjoyed it before, wait until you read the extended version now.