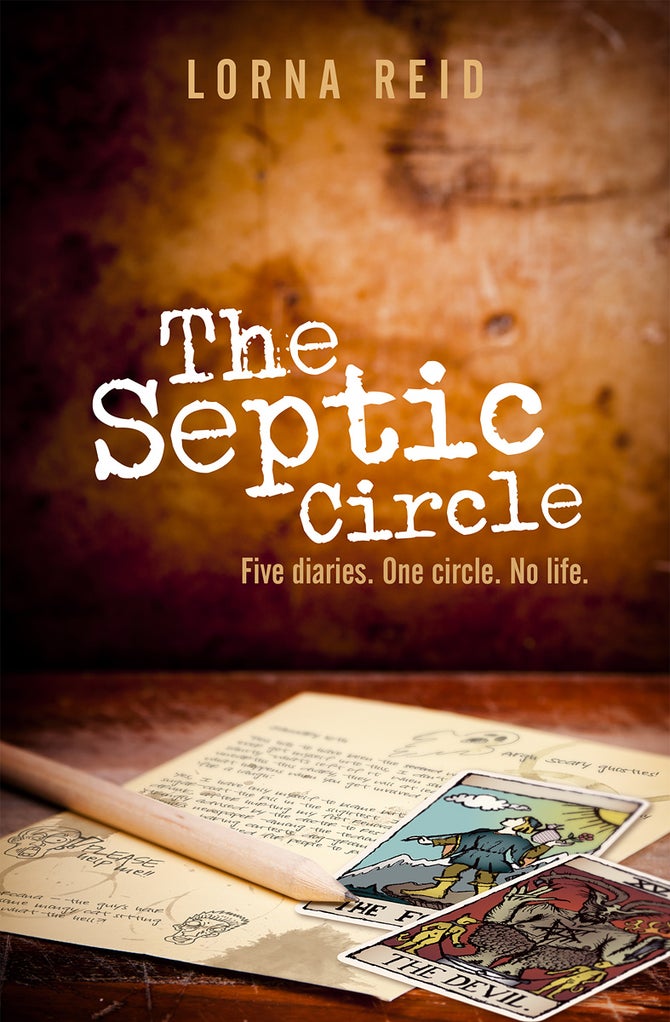 As the only sceptic in Cravenly’s new and not-very-psychic circle, how many haunted toasters, possessed worry dolls, and sabotaged book signings can one man cope with? Jay Taylor’s patience may already be stretched to breaking point, but the odious presence of ego-ridden psychic star, Fenwick Arcana could just push him over the edge.

Having taken the nervous wreck who started this whole mess, Freddy, under his wing, and with gossip-monger Lysander and irrepressible believer Marnie to cope with, the circle’s most reluctant member is about to have his sanity severely tested.

Gathered together, their diaries chronicle the circle’s first year, as they fight through a minefield of paranormal detritus, smug wizardry, toxic baking, revenge plots, and the filming of disastrously amateur paranormal TV show, Spirit Squad. But through all that, perhaps the biggest battle any of them will face is one another. And the loneliness.

For anyone who ever wondered if it is possible to catch a ghost using marmalade*.

The Septic Circle is a humorous diary-style book, told from the viewpoints of five members of a ‘not-very-psychic’ circle, with each person’s diary helping to build up a humorous picture of events. The book charts the circle members’ first year, taking in haunted appliances, sabotaged book signings, iffy occult trinkets, and chaotic ghost-hunting TV shows, among other things. While, on the surface, it may seem like humour, the core of the book is the growing relationships and dynamics between the characters. Ultimately, it is a book about loneliness, as much as anything else.

Whether you love some mild satire or cosy comedy, The Septic Circle is a delicious slice of sitcom-esque British humour served on a paranormal plate, which will make you laugh, cry, and wonder about the ghost-catching properties of marmalade. In the same vein as those funny books for adults by such legendary diarists as Adrian Mole and Bridget Jones, these amusing, jaded, and often heartwarming diaries make up an engaging sitcom-style story.