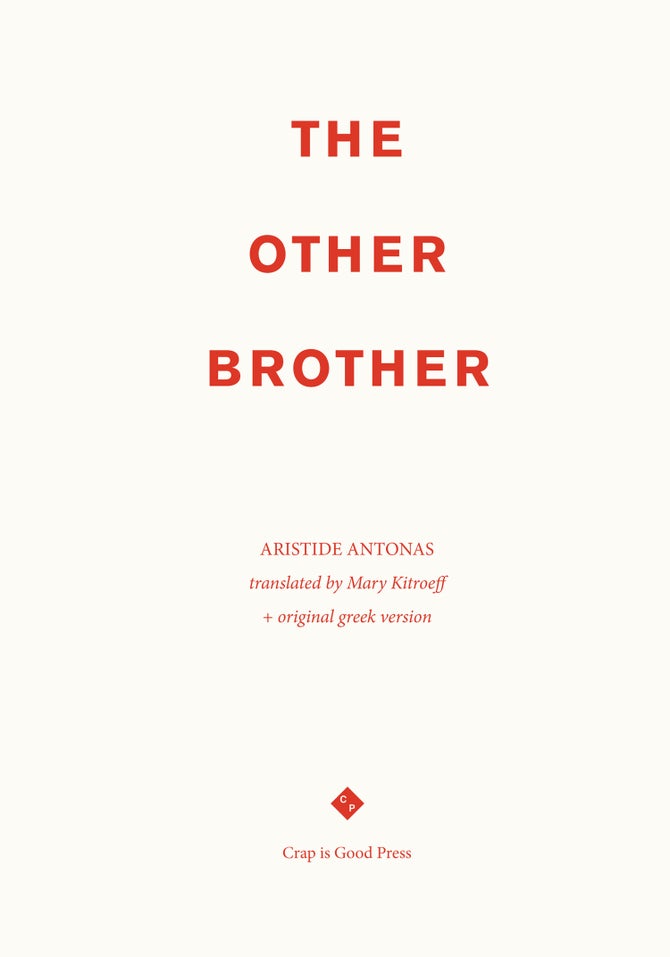 By Crap is Good

What could be the meaning of a rotten cream cheese? How could a dream immediately intervene to reality? How a power cut changes the view of the world? Who could visit an abandoned church and for what reason? What is the difference between awakening and falling asleep?

Find some possible answers on such questions in The Other Brother.

Aristide Antonas is a Greek writer and holds a Ph.D. in Philosophy from the University of Paris X. Based in Athens and Berlin, he is principal at the architectural studio “Antonas Office” that functions mostly as a research studio. His work has been nominated for a Mies Van der Rohe award in 2009 and for a Iakov Chernikov Prize in 2011. As architect he exhibited his work in the Venice Biennale of Architecture, Sao Paolo Biennale of Architecture, Barcelona Landscape Biennial, Gyumri Art Biennial in Armenia, Athens Biennial, Prague’s Tranzit Display. His theoretical texts appear in various sites on the Internet. Three of his theatre scripts were performed in French and one in Greek.

For a printed version, please have a look here