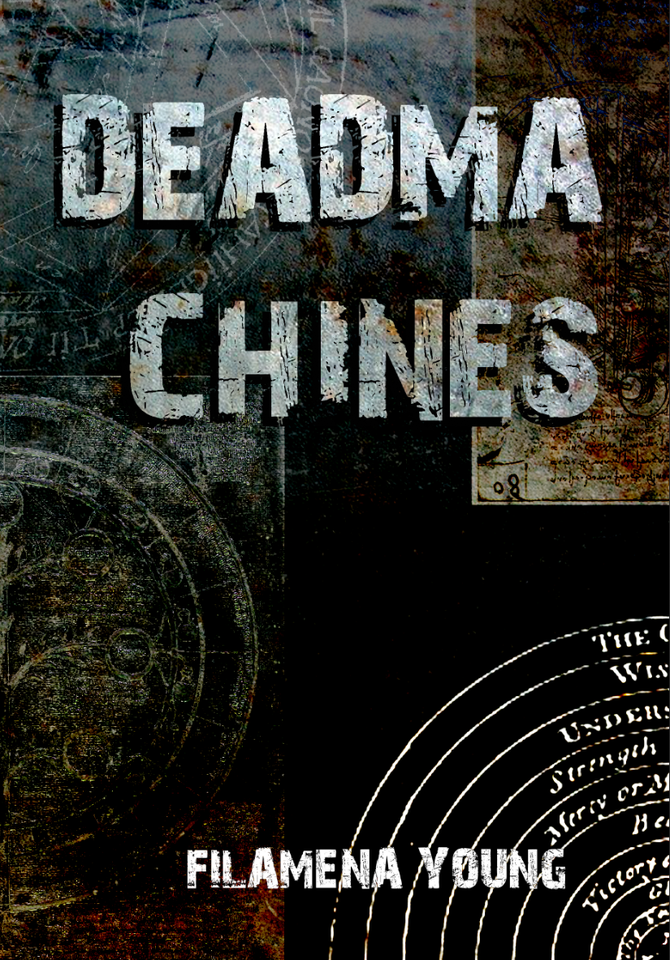 Io Suta was a mother and a relic of the Last War. A hard-wire robot pilot using a coupling system to control her giant bipedal war machine. A mech or "mobile suit". After the Final Crisis, she found a lost population of migrants and fell in with them doing the only thing she had ever been any good at. Fighting.

Io and her suit, the Areol ended up the migrant's first and last line of defense against the dangers of a universe in chaos.

Her story starts when a dangerous new kind of Jack, an uncontrollable enemy, drives the migrant fleet to crash on an abandoned terraforming experiment. A new life? New hope? There was no way to know, and no turning back.

Dead Machines is a novel set in a distant future after the collapse of a vast space-faring human culture and the end of a seemingly perpetual war.

The machines of war, giant bipedal robots originally designed for salvage and contstruction, mean the few pilots left alive who can control them have an edge. But not for long. It's a time of aging technology and few resources to maintain them.

Whole populations, huddled in multi-generational transport ships, drift from broken planets to destroyed space colonies looking for a safe place to start over. Io Suta, along with a few other pilots, defend one of these populations.

This book follows the story of the migrants early days on an abandoned planet and the struggle for old war machines, both metal and flesh, to find a new way to live. Every one left alive is haunted, in one way or another. Some ghosts are more literal than others.