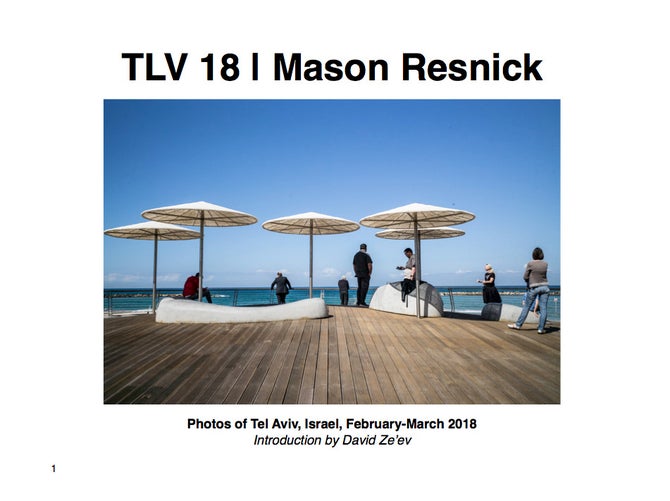 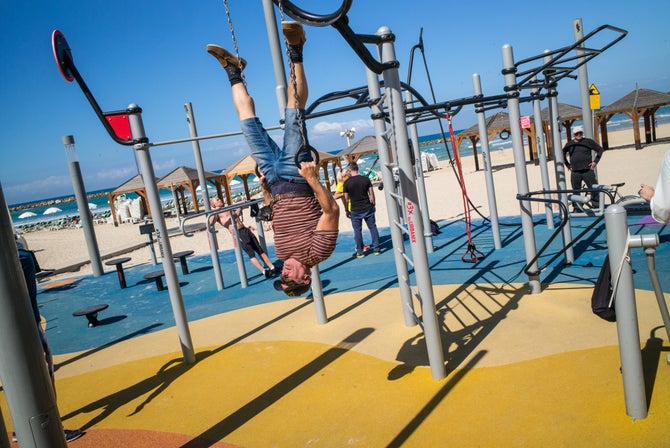 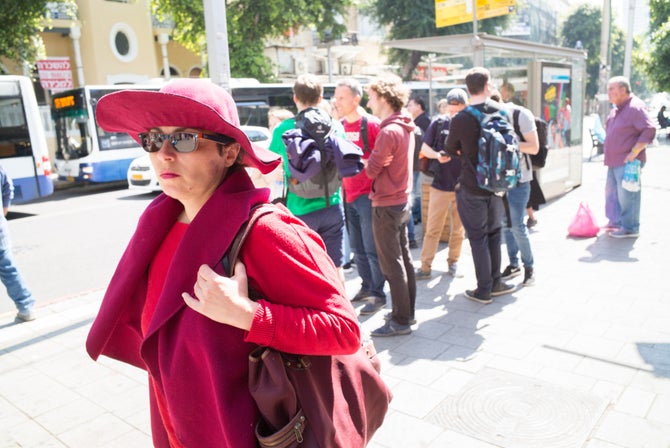 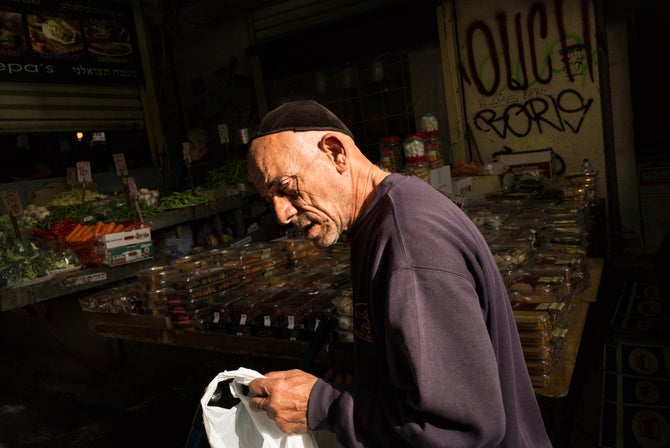 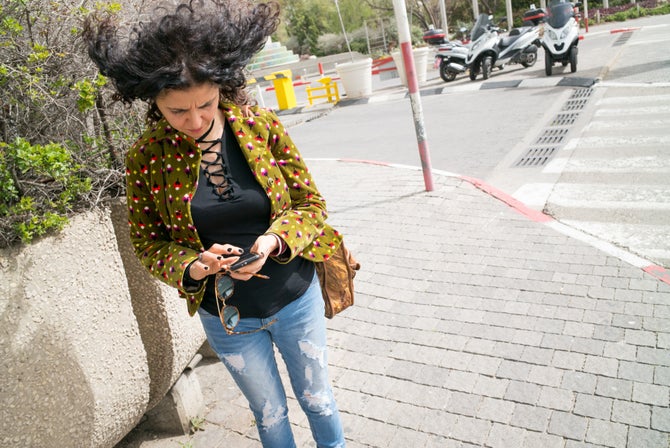 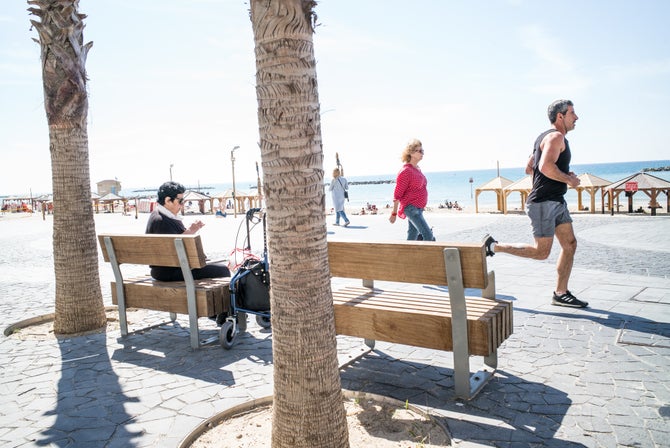 Street photography of Tel Aviv taken by Mason Resnick, an internationally-published 40-year veteran of street photography. Resnick's photos are a subjective look at everyday life in Israel's largest, most cosmopolitan city, taken over three weeks in early 2018. Resnick's photography shows an Israel that most in the West do not see—people going about their everyday lives. "I look for interesting moments and interactions that others may not notice and try to capture them with my camera," notes Resnick.

The title, TLV 18, incorporates a popular social media abbreviation for Tel Aviv; the number 18 has a double meaning: It indicates the year in which the photos were taken, 2018, but the number 18 is also significant in Judaism. Letters of the Hebrew alphabet are assigned a number, and the two letters that make up the number 18 also spell out the Hebrew word for "life". Since the photos in the book depict everyday life in Tel Aviv, the number is appropriate.

Published in celebration of the 70th anniversary of Israel's founding, the book includes 70 photos. The introduction—written by David Ze'ev, former English news anchor for Israel Public Radio—is one of many on-the-street stories David has collected over the years that show a slice of life that goes beyond the headlines.