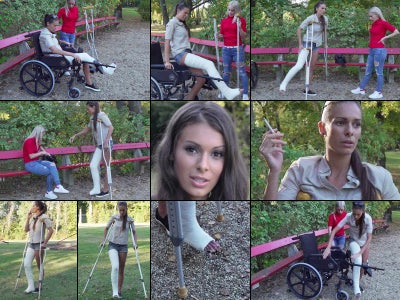 Lia's had it easy being wheeled around while in her leg cast but now it’s time to get up out of her chair and try the crutches, she's been so awkward at using. She's decided to try in the park in a outside setting but with nobody around in case she stumbles. Her friend is there to help her out of the chair, and you can see it is a struggle. But she manages and begins testing out her crutches and then crutching around. She asks her friend to bum a cigarette because she needs to calm her nerves while crutching and trying not to stumble. She takes a few drags while crutching then flicks the cigarette. She almost forgets she's casted and puts the lit butt out with her exposed casted toes. But she realizes it before she does and uses her crutch to put it out instead. Having narrowly avoided a hot foot she decides to get back in the chair. Another great cast clip featuring sexy Lia. 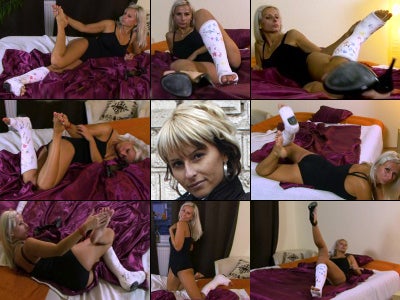 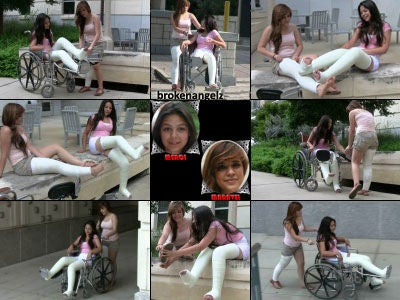 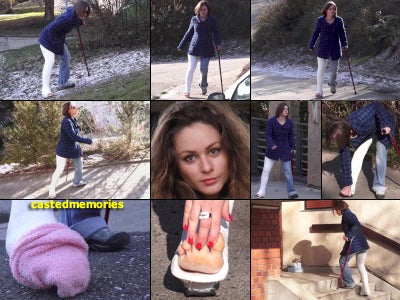 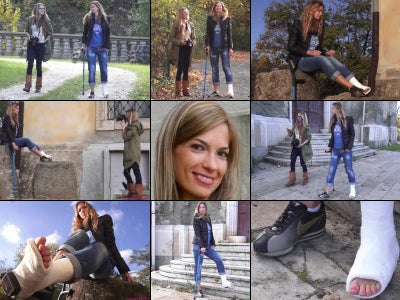 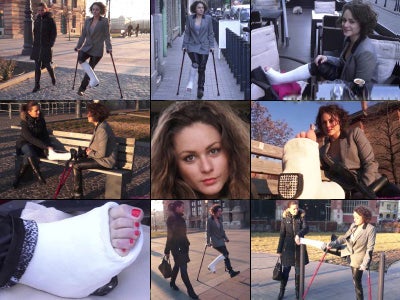 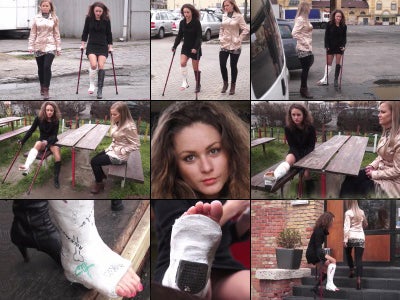 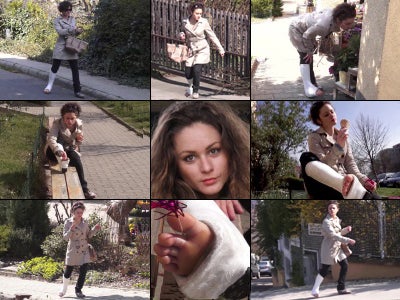 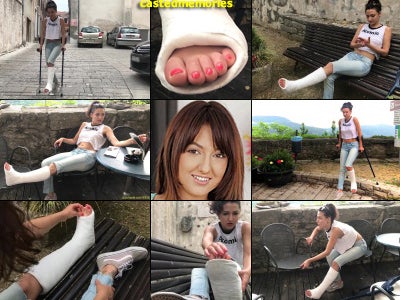 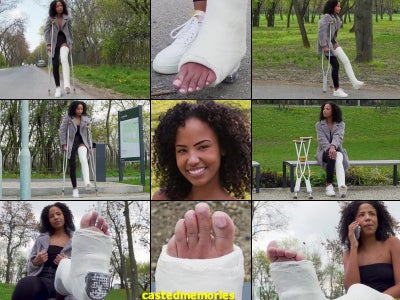 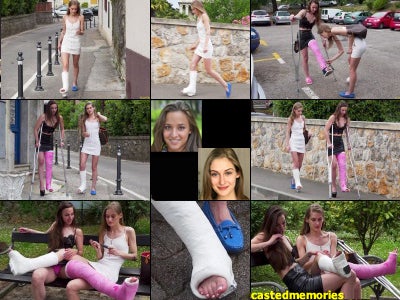