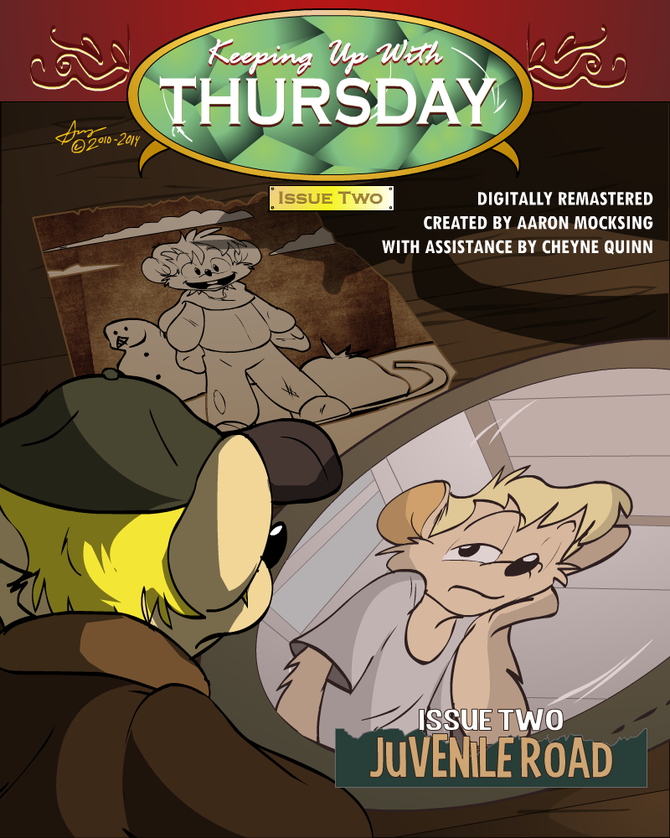 Keeping Up With Thursday - Issue 2 Redux

In 2010, 'Keeping Up with Thursday' began as a labor of love to the cartoons of the past-- Disney, Bluth, you name it. And yet to keep things fresh the series also puts an adult spin on the story; as the author describes it, 'We look at the past with very rose-tinted glasses. Some stuff we look at fondly as if they were the most awesome thing in the world, but then come to realize at a glance, just how much different they were.' These themes start to play a head in issues to be, but don't worry - we won't leave you too far in the dark! Join us now as the start of Pat's past begins here, and tells a scary story of his criminal life as it goes on the rise, and comes to a rather dreadful halt.

Issue 2 REDUX is a near-complete overhaul by Aaron Mocksing and Cheyne Quinn over the original 2010 comics. While Aaron's art from the originals remains intact for some of the pages, for continuity and cleanliness concernes, Cheyne helpes put things so we can get a good look at the world of KUWT without so much bright colors! The latter half of the story has been redrawn from scratch, into the 2014 visual aid and storytelling style adapted as year progress. We take you now as Patrick journeys from the sunny side of London's mean streets and into the world's enclosed soil in his first trip to jail...